teebeeohh said:
if this is true i will assume that all the stupid shit happening in spider-man is an attempt to hurt sony and not just simple stupidity.
Click to expand...

What stupid shit? I follow Spider-Man comics since 2013 Superior Spider-Man run and it was awesome.
Click to expand...

spider-man makes a deal with the devil to save his aunt from a gunshot wound so deadly nobody in the whole marvel universe can do anything about it. the reason being that the editors thought stable relationships are boring and this seemed to them the best way to break up him and MJ.
Click to expand...

That was six+ years ago, when Marvel had a different editor in chief (by whose mandate the story was made) and Marvel Cinematic Universe wasn't a thing.

Quicksilver (And Scarlet Witch, his sister) is Magneto's kid, and a mutant in the comics. However, they've both been fairly regular members of the Avengers (probably more then they've been associated with X-titles. Some sort of legal wrangling led to Marvel being able to use them for Avengers, but they can't make any mention of their X-title origins, being mutants, or Magneto.

It's because Quick Silver and Scarlet which were so deeply tied to events in the Avengers that Marvel can use it. BUT from what I understand they can not use the fact they are mutants as a back ground. So you can't say Magnito was their father or how they worked for the Brotherhood of Mutants.
Click to expand...

They could go with an off hand, indirect mention of something like, "Our dad's kind of a jerk but he is always trying to do what is best for "our people".
Click to expand...

True, but I bet they won't to stay safe from Fox.

Spot1990 said:
What's more likely, Fantastic Four comics boosting ticket sales for the movie or, if the movie is good, it boosting comic sales? Because I think Marvel's logic is a bit backwards here.
Click to expand...

Or the logic of the people who started the rumour. Because as-is, it's only a rumour.

But yes, Marvel has changed the comics in the past to appeal to the fans of the movies, which saw more money. I'm betting a good chunk of viewers won't give a crap if the FF is around in comic form.

I've seen most of this mentioned, but not all[footnote]apologies if I missed the rest being mentioned[/footnote], so...

Quicksilver and SW are rather heavily tied to both franchises. So basically, while Fox has the rights to everything mutant, rights were negotiated specifically for Magneto's kids. This was likely because they had been thinking of selling an Avengers movie down the line, and feared the brand would be harder to sell without a couple of noteworthy players on the table. That's how these deals were done in the first place, with companies basically buying up blocks of characters for ensemble series like X-Men.

I'm pretty sure the terms of the deal mean that neither SW or QS can be labeled as a mutant in the Marvel movie. That could be where the "not a mutant" thing comes from.

As long as the Gambit movie happens, I don't care about anything else. Sure, I love X-Men too, and have enjoyed Marvel's shared continuity with Iron Man/Captain America/Thor, but they aren't the characters I love. The X-Men are, and Gambit is the coolest of them all. Fantastic Four are pretty uninteresting to be honest...the first movies were alright, nothing too special and I've never read a single comic book for them, or Spiderman for that matter (The Sam Raimi trilogy was superb).

OT: That's pretty underhanded of the Marvel CEO if true. Sleazy business practices, especially so overt, are pretty low. 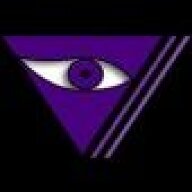 Zachary Amaranth said:
I'm pretty sure the terms of the deal mean that neither SW or QS can be labeled as a mutant in the Marvel movie. That could be where the "not a mutant" thing comes from.
Click to expand...

It's a bit broader than that. The film rights to the term "mutant" (as it applies to the Marvel Universe) are owned currently by Fox. The twins are the only known characters that may be used by both Fox and Marvel studios... but Marvel can not make mention of them or of any Marvel character (regardless of Fox's explicit rights) as "mutant" in their films. (Take, for instance, the character of "Scorch" from this past season of Agents of SHIELD who had no specific origin for his power and may have been born with it.)
It's assumed Fox secured those rights specifically to prevent damage to their brand of X-men by way of Marvel creating characters or a team of mutants outside of the specific character rights Fox brought.

wont Marvel have the merch rights too? s'pose that'd help if the wanna gimp Fox

I fucking hate copy right laws for this precise reason.

Wanna make a good story?
Only as long as no one else can!

I doubt it, the people who read comic books and go to the movies are two different groups.

Less short answer: FF books have been struggling lately and if anything they should be jumping on the band wagon and re-releasing older stories to cash in on the popularity. Movie goers and comic book buyers are rarely in the same group and comic fans will not care if the book is cancelled, they will go see the movie if they want to. It's not a question of weather of not Marvel is capable of doing that to spite them and more a case of how in the hell they could possibly benefit. I think this is a case of sensationalism at work. The book is unpopular, they shelve it for a year, get a hot shot writer to re-invigorate it, wash repeat. They have been doing it for YEARS If the movie does well they will tie in with that. Movie studios don't think like that. They will rather make money than not see you make money. If the movie tanks it won't affect the comic 1 iota. If it does well Marvel will sure as shit cash in.

I want this to be false, only for the reason that I don't want to believe that grown people with the mindsets of petty two-year-olds throwing a tantrum have positions of authority in multi-million-dollar companies.

Spot1990 said:
That's what I was thinking. Didn't Marvel produce one of the worst Spider-Man arcs in history to make Peter Parker's webbing part of his mutation purely because of the movies? You know, the one where he turns into a giant spider monster and gives birth to himself.
Click to expand...

Yup. Or something to that effect. I didn't read the arc but that summary sounds about right.

In a less drastic change, they altered the X-Men to more resemble their movie versions. I don't know how long that last, because most of the time I still seem images of them in more "classic" style outfits.
W

I figured the internet would have killed that by now (Even though I know comics are available online through things like Marvel unlimited etc).

Seriously though, it's hard to believe that comics are still actually being made in mass anymore. With so many other forms of entertainment and media available.

SeeDarkly_Xero said:
(though what Fox did with Quicksilver was by far a bigger dick move and I have yet to be convinced that DoFP gained anything significant from his inclusion)
Click to expand...

The fact that everyone who saw it, including people who didn't like the movie, saying that Quicksilver was one of the best parts of it. Heck, he's even going to have a bigger part in the next film. So, yeah, looks like they DID gain something significant.

Dead Century said:
You know, with Quick Silver and Scarlet Witch being in Avengers 2, I'm curious if they'll just lift the backstory of the Strucker twins, Andreas and Andrea, who's father is Baron Wolfgang Von Strucker. While not the actual Quick Silver and Scarlet Witch, they are mutants experimented on by Arnim Zola, and I could see Marvel using it to make composite characters who fit in with the movie universe, while keeping away from the X-Men stuff.

Andreas is also known as Swordsman. And Andrea never had a codename as far as I know. The problem is that might be too close to the X-Men franchise to work, for they aren't allowed to call them mutants or mention Magento is their father, so if they use pre-existing characters that are already mutants and they aren't Scarlet Witch and Quicksilver it might be in violation of the contract with Fox.
Click to expand...

Uh. Okay? Did you read what I wrote? I'm talking about using the Strucker twins, who are different characters from Scarlet Witch and Quicksilver. Baron Von Strucker is their father. Which would easily avoid the Magneto issue. Plus, you don't even have to call Swordsman or Andrea, mutants(because they aren't really, Arnim Zola simply experimented on them) just say they're 'genetically enhanced' or 'bio-engineered'.
Click to expand...

The Strucker twins, Fenris as they are known, are also Mutants in the Marvel Universe. Their first appearance was in X-Men #200. Which technically makes them fair game for Fox as well. 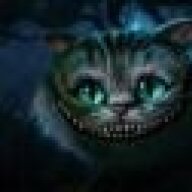 Therumancer said:
I honestly can't see it happening quite like this as Stan Lee still seems to be kicking around and having some say, and "Fantastic Four" is one of his babies
Click to expand...