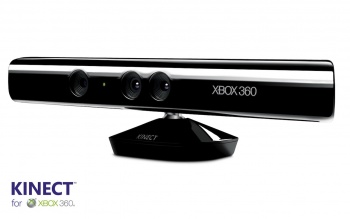 Microsoft may have doomed Kinect to an early grave: GameStop has priced the peripheral at $149.

Earlier today, we learned that Microsoft's Kinect peripheral would be launching on November 4th with 15 exclusive games [http://www.escapistmagazine.com/news/view/101334-E3-2010-Kinect-Launching-Nov-4-With-15-Games-and-Star-Wars]. That was the good news.

The bad news is that it'll be $149, according to the GameStop listing [http://www.gamestop.com/Catalog/ProductDetails.aspx?product_id=78103]. I hate to pass judgment when it's not even out - especially when this hasn't yet been announced by Microsoft - but if true, this may be Kinect's shot in the foot.

A new Xbox 360 "slim" (or "short") costs $300, and buying a Kinect on top of that costs $149? Unless there's a cheaper bundle, anyone who doesn't yet have a 360 and wants to get in on the Kinect movement needs to shell out $450, more than twice the current price of the Wii. Why would anybody do that?

It gets worse: While $149 is equivalent to £100 or &euro;122, some rumors have the peripheral priced as high as £199 in the UK. That would be all but suicide for what Microsoft is hoping will be its big system-seller this holiday season.

I'd pay $300 for a console, and plan on doing it again for a PS3, but I would never pay $150 for a peripheral. Unless it had a serious number of quality games that required it. Not even "Elder Scrolls 5 is Kinect Exclusive" would make me buy on. Okay...maybe that would...

£200?
what the hell?
Why is it more expensive in England?
i know it wouldnt be cheaper, but i would think that £ 149 is over the top
i was considering it, but unless its actually £199, then no

Madness. £199 must must be a rumour.
Not that I'll be getting it, but still. Wow. What a way to damn a possible advance in gaming.

Well I really had no interest in it from the beginning, but now this is just assuring that I never check it out. It's like a fancy eyetoy, and not much more from what I've seen.

If its true, then Microsoft has damned Kinect to oblivion. 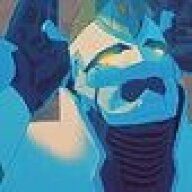 I wouldn't even buy it at half that price. Microsoft must think people are stupid if they think that price is acceptable.

In all honesty, I can get that Slim version for free, probaly. I do want to get rid of my older Xbox360 which will likely happen. Screw Natal..I mean Kinect though. 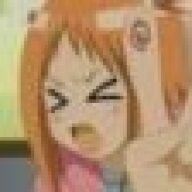 ...Son i am Disappoint.
I doubt anyone will be willing to buy it at that Price.
Especially after seeing the Games that were shown off for it Today.
Very Disappointing.

Well, they've put it out of price of most mums in the world, so you lose a lot of the casual and childrens market, and its dubious reputation and lack of decent games supporting it right now means it's pretty much a certainty that it won't justify the development time.

Gigaguy64 said:
Especially after seeing the Games that were shown off for it Today.
Very Disappointing.
Click to expand...

I honestly had to check and make sure it was still showing Xbox at one point. I was just listening to it, and I would have sworn I was listening to a Nintendo demonstration.

Hahahahaha! No chance in hell.
I wasn't planning on getting it anyway, but $150!
But again this is only a rumor.
If it does end up costing that much money, I sense failure ahead. 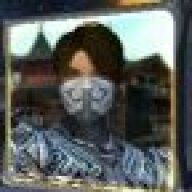 am in the UK and id like to get my hands on one, id be happy to pay like £80 for the hardware and a game bundled in. I would probably even end up going for it at £99.99 but no way would pay any higher then that. one less customer then

Considering a lot of people were willing to shell out their savings on MW2 when it was priced $10 over everything else for PC, I really wouldn't be surprised if this actually sells. And people will still gripe about having barely any money.
G

Gigaguy64 said:
Especially after seeing the Games that were shown off for it Today.
Very Disappointing.
Click to expand...

I honestly had to check and make sure it was still showing Xbox at one point. I was just listening to it, and I would have sworn I was listening to a Nintendo demonstration.

Im more pissed off than anything else.
I had hopes for Microsoft, Milo was cool.
Where was he?
No...we just got the same thing Sony is doing.

Oh well, i want to watch tomorrow to see if we get info for Metroid:Other M, Golden Sun 3, and Marvel VS Capcom 3 but i have work.
So ill just haft to catch it later.

For £200 they can go fuck themselves what's that in dollers bout $220 and Americans only have to pay $140 last time I checked that was racism/discrimination!

Bit too rich got my taste, for something which I see as a flop

I wouldn't pay $150 for anything other than a full console, man. Who are they kidding? Remember, a fully functioning Wii is only nine bucks more expensive, and that usually comes with a free Wii Sports.
Show hidden low quality content
You must log in or register to reply here.
Share:
Facebook Twitter Reddit Pinterest Tumblr WhatsApp Email Link
Top Bottom