//cdn.themis-media.com/media/global/images/library/deriv/1362/1362388.jpgIf reports are correct, you'll be able to play a mainline Pokemon game on your TV next year.

Rumors are swirling that Nintendo is planning to bring a new Pokemon game to the Nintendo Switch once it launches next year. Apparently, multiple sources have told Eurogamer [] that the game is not only planned, but already well into development. Those same sources say that the game is codenamed Pokemon Stars and is planned to launch in 2017.

At first glance, you'd probably think that this would be some sort of spinoff title, like Pokemon Puzzle League or Pokemon Super Mystery Dungeon, but that's not the case. Instead, this game is said to fall into the same slot as Pokemon Yellow, in that it would be a third mainline game in the same generation as Sun & Moon. The last game to fill that role was Pokemon Platinum on DS.

If true, this game would mark the first time that a Pokemon generation was spread across two separate consoles. Of course, Game Freak could be planning to release Pokemon Stars for 3DS as well. After all, Nintendo has already said that they plan for the 3DS to continue to exist "in its own form [http://www.escapistmagazine.com/news/view/168723-Nintendo-President-3DS-Will-Continue-In-Its-Own-Form-After-Switch-Launch]." The report goes on to say that

Stars will reportedly have the same map as Sun & Moon, and may even more creatures to capture. You'll be able to trade between Sun & Moon and Pokemon Stars using the Pokemon Bank.

Obviously, this is just a rumor and should be taken with a grain of salt. That said, it would make a lot of sense to bring a mainline Pokemon game to the Switch. The series has always been found on handhelds before, largely because of the focus on trading and battling other players. The Switch's ability to be taken on the go checks that box. Furthermore, a Pokemon game might be the "killer app" that Nintendo needs to tempt gamers to pick up the new console.

If Stars is real, we'll likely see it in mid-to-late 2017, as the rumor says that the game was planned for a summer launch, but has since been pushed back.

Really? That nintendo is trying to sneakily position theSwitch as a 3ds successor and WiiU successor? 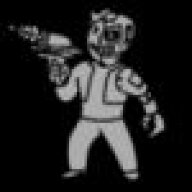 Well if Nintendo denies it, then we'll know it's a fact, amirite?

twcblaze said:
Well if Nintendo denies it, then we'll know it's a fact, amirite?
Click to expand...

This made me laugh and I wanted you to know that.

It would be the game that Gamefreak were reported to be working on a few months ago.

The game that was rumored to be the first home console Pokemon game that Gamefreak were developing. And depending on gameplay, could be the first spin-off title that they've worked on as well.
O

I don't mind that it is on the Switch, but it better still come to the 3DS as well...
M