Rumor: Zynga Could Have Bought PopCap for $1 Billion

Rumor: Zynga Could Have Bought PopCap for $1 Billion 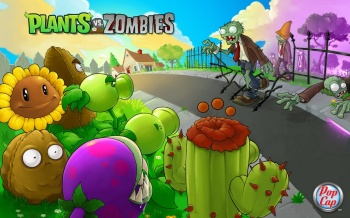 It wasn't just EA that was interested in picking up Plants vs. Zombies creator PopCap. According to insider sources, social gaming giant Zynga was also rather keen to nab the developer, and offered to pay a billion dollars in cash.

Zynga apparently would have financed the acquisition with capital secured from Goldman Sachs, one of the leading underwriters of Zynga's upcoming IPO - or initial public offering - where it would start selling shares in the company. Obviously, PopCap turned down the deal, going with EA's offer of $650 million in cash $100 million in EA stock, and potentially another $550 million in bonuses, based on PopCap's ability to make money - something it's not really had much of a problem with in the past.

EA has seemingly moved to head off concerns that it would in some way spoil PopCap, going as far as to call it the Pixar of the casual games market [http://www.escapistmagazine.com/news/view/111636-EA-PopCap-Is-the-Pixar-of-Casual-Games]. It would have been interesting to see what would have happened to PopCap had it accepted Zynga's offer instead. Zynga has been very successful since it was founded in 2007, but that success has come amidst criticism over a lack of innovation and of copying other games. Would Zynga, undoubtedly aware of its own reputation, have made the same point that EA has, or would it have just turned PopCap into just another office? The former seems a lot more likely; the PopCap brand has plenty of cachet. Of course, the whole thing is really just academic now anyway.

PopCap probably wanted nothing to do with Zynga.

Hell, I wouldn't want anything I made associated with them.

Good for them! wouldn't be long before they started to regret if they agreed to this devil deal,
And yes I don't like Zynga.... just sayin'

Zynga underestimated the power of the dark side of the force.

Would've been nice to see two causal killers in action rather than an empire become even bigger.

Daystar Clarion said:
Popcap probably wanted nothing to do with Zynga.

Hell, I wouldn't want anything I make associated with them.
Click to expand...

I'm not a big fan of EA but I'd choose them over Zynga as well - even if they'd offered less money.

I do think both are aware that meddling with PopCap would potentially mar what made them successful, and take a fairly hands off approach. However as far as I know EA doesn't employee a psychologist who works at making their games more addictive, and I could certainly see Zynga trying to apply such trappings to PopCap's games.

I also question Zynga's long-term success. I realize they're a juggernaut now but the gaming industry is littered with the corpses of juggernauts - and as the casual gaming market becomes more competitive I think Zynga will have a tough time adapting. They're not going to stumble tomorrow, but five years down the line their future is less certain. EA is on more solid footing.

When you say "$1 billion in cash" I think of Zynga turning up to PopCap's offices with suitcases filled with $100 bills, or a really big sack. The truth of the matter is the $1 billion was probably in Facebook Credits. 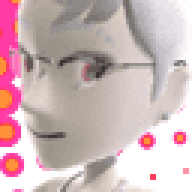 Zynga, Satan, evil, bla bla bla, heard it so many times, fully cognizant of their ways, you all should be by now

hm i rather like popcap and while i am not happy about EA potentially ruin it Zynga would be even worse.

The fact that those crooks Zynga can turn up with 1 billion in cash says a lot about Goldman Sachs' business practices.

Do they make 100 million dollars a year, or what?
In can't imagine that they are worth even close to that price.

Wasn't thre an article on here saying something like Zynga is at the peak of it's financial bubble? Maybe that had something to do with it to other than the more obvious reasons.

Thank christ for that.

Why do I see Zynga as the guy who brings a wad of twenties to a car dealership and tries to get the price lowered because "I'm paying cash!" ?

Hehe, well good for Popcap. They took the better deal if they play their cards right and they have tended too all along. (Not to mention EA will be around.) I admit to owning two of their games and loving them. So stay true to your heart Popcap and you will keep doing well!

As for Zynga they are riding a new tech bubble in stocks. Will see how that ends for them and their investors. If history is any guide they should be concerned. At least the investors should be.

Do they make 100 million dollars a year, or what?
In can't imagine that they are worth even close to that price.
Click to expand...

Zynga has $1,000,000,000? This is ridiculous. Its to be expected really though. Their production team probably has a weekly budget of 20 pizzas, 100 coffees and 500 energy drinks. An efficient system, using a catalyst known as a programmer, to convert caffeine into code.

The low budget of their games gives them negligible expenses yet they earn huge amounts.

Logan Westbrook said:
Zynga has been very successful since it was founded in 2007, but that success has come amidst criticism over a lack of innovation and of copying other games.
Click to expand...

On top of those things, let's not forget their history of shady business practices.

All in all, as much shit as EA gets (including from me), they are certainly the lesser of two evils and, between them and Zynga, the most likely to still be around in a few years and PopCap knows it. Plus, EA does own three studios that churn out fantastic games (DICE, Bioware, and Visceral) and now PopCap is number four on that list.
W

SURE DODGED THAT BULLET EH