Skullkid4187 said:
If people knew the definition of Conservatism they would realize why his choice was very clear. To be honest when i heard this i wasn't shocked at all.
Click to expand...

Well no, Conservitism's purpose is to preserve traditional institutions in society,while allowing for minimal evolutionary change. It got a distinctly liberitarian flavor in the Regan presidency, (because lets face it: those are the ideas that've held currency for the past few decades) But strictly speaking, neither party has a lease on libertarian ideas. As evidenced by the fact that this bill was bi-partisan.
G

As a liberal against the censorship of games, I am not surprised by Rush's stance. I agree that the issue is bipartisan and depends more upon one's understanding of games than anything else. There is one thing with which I take issue, however...

RUSH: Your video game is your video game and you don't think the government should have any role whatsoever in applying any artistic sanction to it or any stamp of approval -- you can say that but you can't say that -- because that's not permitted. The market should determine this, correct?

RUSH: If you want to buy something raunchy in a video game, you should be allowed to, and if it's too raunchy the market won't support it? Fine, it dies. If the market likes it, then we got a cultural problem to deal with, but the government ought to have nothing to do with it. Right? You agree?
Click to expand...

I am also not surprised that this is his rationale, but I think it's a bit more complex than another "free market vs. the government" issue. I think a great number of people against the government regulation of video games (if not the majority) believe it is the responsibility of the individual parents to decide what content is and isn't appropriate for their children, and for individual adults to decide what is and isn't appropriate for themselves. Yes, these people ARE "the market," but I see it less as the collective market deciding what is and isn't "too raunchy" on the whole as opposed to each individual having a sort of "appropriateness threshold" that generally advances with age, but at different rates for everyone. That is, some 13-year-olds are more emotionally mature and can handle more than some 18-year-olds. It seems to me like Rush is still advocating the idea that some works are appropriate or inappropriate for EVERYONE of a given age, but he just believes that this opinion should be socially enforced rather than legally enforced.

...am I splitting hairs here?

This is not to say that I refuse to accept Rush's support for our cause just because I disagree with him about pretty much everything besides this issue. I'm just saying that different people with the same opinion can have different reasons for holding that opinion. Yeah, that kinda seems like a lame reason to post such a long analysis, but I think it's important, because if you* aren't careful, you can submit yourself to an ideology with which you would otherwise disagree simply because it is used to support a cause that you also support. For instance, soon after Rush backs up his point, he says "welcome to conservatism," probably under the assumption that the caller identified themselves as a liberal. Note how Rush frames his point in the form of several questions, to make sure that the caller agreed with what he was saying, and thus demonstrate that the caller was, in fact, conservative (whether the caller realized it or not) because the logical path he outlines makes use of conservative values. Had the caller said "no" to one of them, I bet Rush would've assumed the caller was in favor of the California law, because this is the only path Rush sees to his particular viewpoint. Of course, this is all conjecture, and there's no way of knowing for sure.

People often make the inverse fallacy, too (though I haven't seen any applied to this conversation): assuming they have disproved a theory/political view because they refute a single reason for holding that view... okay now I'm just rambling.

TL;DR: I usually disagree with Rush's political views, and here I disagree with his reasoning, but in the end we're on the same side (as far as what should actually be done), and I'm glad this is so. Just don't categorize people ideologically based on what side they're on in this or any debate; you need to know WHY they believe what they do.

What next? Cats and dogs living together?

Commander Breetai said:
My point is, Limbaugh doesn't give a wet shit about it; this is just a quick way for him to get attention.
Click to expand...

Dude.... you have no point, or a basis to found your point on.

Not really what I would have hoped for, but at least it's an ally. 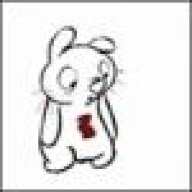 I can't even believe that Rush actually appears to be a voice of reason, let alone on something like this.

I think I need a drink. 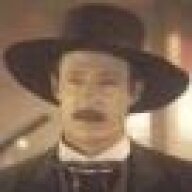 While there are a lot of good points made here regarding the fact that the gaming legislation isn't strictly-speaking a left/right issue, I am kind of surprised that so many people are that shocked to see Limbaugh acting on its defense.

Though I'm not American, I remember even during the last election campaign - I think this was an article on the Escapist no less - both Obama and McCain were questioned about their stances on legislating games. McCain said that he would not legislate against games, whereas Obama said that he might, if games did prove problematic and corrupting enough in their influence on youth. Later on, people were shocked and amazed when he said things like blaming children's obesity on games.

This is a Bazinga right?

Agreeing with Rush Limbaugh on a reasonable and thought out argument......didn't think it could happen.

But I thought US Conservatives were stupid and silly, and US Liberals were intelligent and brave! How can I uphold my broad generalizations of an entire country if people start to have opinions that cannot be easily fit into my own simplistic mental boxes?

DAMN YOU LIMBAUGH GO BACK TO YOUR BOX.
M

Not a big fan of Limbaugh, and I don't really think this is much of a partisan issue, but I'll gladly take his support for this issue.

Well it's nice to know we have someone with a lot of listeners on our side.

as for the whole "Liberal Conservative" argument going on here, lets see what Bob has to say:
(3:00 if you want to skip right to it)

See, even the crazy guy thinks this is crazy.

Wait, is that good or bad?
N

The issue itself seems pretty alarmist to me.

By democracy, we have already thrown away so many censorship rights and submitted to government propaganda all the way since WWI, I doubt videogames will make much of a difference in this nastiness. And to be honest, I want to see another annoying law fail to lower incidents like child negligence or whatever the latest plague is. Prove the thing you already "know": regulation doesn't fix anything. Or don't.

I'm disgruntled by the performance of this industry and it's highly expendable to me. For economic benefit, instinct indicates that preserving some other industry (even Hollywood and its movie lovers don't whine so much about revenue or piracy) would be far better fighting for this. It's probably all French or Canadian anyway.

I've heard readers and writers for the Escapist argues that "gamers" (a clique which I proudly consider myself to not be a part of) are mature, intelligent, etc. Some of you will even say that you're superior to businesspeople or producers of the games you so highly crave. Fix these things already, you apes. Especially those of you who are convinced that Rush can't do it right.
V

Extreme conservatives do not want any government regulation.

This isn't the first time he has stood up against video game legislation. The Dems tried back in the 90's to get game legislation in before. Why people openly want the government to tell them what to do, how to spend their money, what they can eat, etc, has always confused me. Has no one read 1984, Brave New World, fahrenheit 451, animal farm?

Luckily it's only in california, and i could care less if they pass another wackadoo law.

Sneaklemming said:
Im confused - so is it the liberals in america that are trying to bad games, or the conservatives?
Click to expand...

Neither and both. It's non-partisian.

Personally, I'm glad that everyone's head is exploding, maybe we'll all learn the concept of "centrism", "There's no such thing as perfect extremism" and "Every political commentator clip on YouTube is horrendously biased" and maybe even "READ HIS DAMN BOOKS, SHEEP!"

And no, I refuse to take that back. I try never to base opinions of political activists off of the internet (what with it being accurate and... stuff), I always read a book they've written first, where nothing is off the cuff, and is usually well thought out and is backed up.

For this reason, I personally like Rush Limbaugh (!?) and Glenn Beck (!?!?!?!?!?!?!?) because they actually aren't completely nuts on paper. Agree? Not always, but I don't hate them either.

First off, as a liberal, god forbid we start acknowledging we can have common ground on issues, and that sometimes what makes our decisons isn't out idoliogy, but how it affects us personally. Parents and politicians attack games because they don't play them. We defend them because we do. Thus attacks come from both side of the isle.

Second, let's not give Rush too much credit here. He's big on the standard "small government" postition so this would be his default position sight unseen. With the current political climate, saying otherwise would get him flak, and a clip on the Daily Show's game of "show the republicans contridict themselves". I'm not saying he isn't serious here, but neither am I convinced he wasn't just playing to the crowd against his true position, or that he hasn't stated otherwise in the past (what would he say to the same question around Columbine for example.) 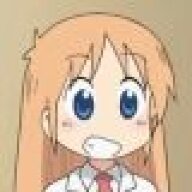 Its isn't a right or left issue, it shouldn't even be a issue, though it is commonly stated that the right wants cencorship of games since the majority of people who are for banning these types of games are religious folks. Which are more often then not Republicans.
Show hidden low quality content
You must log in or register to reply here.
Share:
Facebook Twitter Reddit Pinterest Tumblr WhatsApp Email Link
Top Bottom