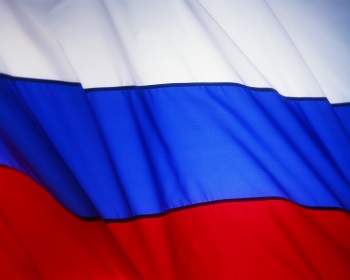 Russian President Vladimir Putin has approved a law requiring bloggers to register with the government, while a program designed to automatically stamp out online swearing is set to go live this fall.

The situation in Russia grew a little grimmer yesterday with the approval of a "blogger's law" that requires all bloggers and popular social media figures who receive 3000 or more hits per day to register with the government. Once registered, they will be held to the same standards as conventional news outlets, requiring them to fact-check and remove posts containing inaccurate information and forbidding any defamation of individuals or groups, or obfuscation of facts.

Mandatory truth-telling on the internet might not sound like an entirely bad idea, except that it's left up to the government to determine what is and is not true - and those found to be in violation of the government's guidelines face serious repercussions. Anonymous blogging is also out; under the law, registered bloggers must provide their initials, surname and email address, a real risk in a country widely recognized as one of the most dangerous in the world for journalists. Even without the potential for violence hanging overhead, the penalties for being in violation of the law are severe: Individuals face fines of $280 to $850, while "legal entities" could be hit with fines as high as $8500.

On an even more bizarre note, Russia is preparing to roll out a system that will search out and eradicate obscenity on the internet. Russian media watchdog Roskomnadzor currently does the job manually, monitoring roughly 5000 websites to ensure that they comply with an anti-obscenity law passed last year, but an automatic system is expected to be rolled out in the fall. Specifically proscribed words and phrases weren't given but according to the BBC [http://www.bbc.com/news/blogs-news-from-elsewhere-27294848], the law is aimed at "obscene references to the male and female reproductive organs, copulation and women of loose morals, and all words derived from them."

Reporters Without Borders ranked Russia at 148 out of 180 countries in its 2014 World Press Freedom Index [http://rsf.org/index2014/en-index2014.php], behind countries including Myanmar, Libya, Afghanistan and Venezuela.

Did Putin go ahead and rebuilt the Berlin Wall when nobody was looking? Because I've got the feeling that Putin really wants the Soviet Union back.

Can't say I'm surprised. Putin's pretty notorious for enforcing a police state and cracking down on anyone who speaks against him or doing anything else that he doesn't like. This is simply the logical progression to achieving those ends.

People ask why I'm heading to Russia on a missionary trip when there's many other countries that need help.

As it turns out, I can just say I'm being pre-emptive. O__o

Oh motherland, you so silly.
Thank god I got off before it turned into this big of a train wreck.

Putin is a fucking nut.

It's just shameful that the Russian people seem to take it so easily.

Those poor bastards in Russia. Putin, what a piece of crap. As if the "truth" coming out of Russia wasn't suspect already at this point. Soon it'll be just like it was 40 years ago. That is just terrible for the people of Russia and the surrounding countries.

DasDestroyer said:
Oh motherland, you so silly.
Thank god I got off before it turned into this big of a train wreck.
Click to expand...

Amen. What happened Russia, you used to be...

Nevermind, let's not go there.

YOU COULD BE SO MUCH BETTER THOUGH

So any word from Edward Snowden on this?

Sounds like the kind of thing he claims to be concerned with.

This seems more like the actions of a dictator than a president, and I'm not exactly a fan of Putin's 'truth'. At this point, Putin is just waving his dick around in an effort to get a response.

Hmm....why are countries going out of their way to show how backwards, ignorant, and just plain wrong they are to the outside world? I can now see why the US has such an immigration problem as it does: everyone is leaving these backwards, redneck countries to go to a place of better freedom!

Edit: And I know how odd that sounds with states with senators still trying to ban violent video games, ban same-sex marriage, and ban medical/recreational use of Marijuana. Yes, our government is full of idiots, but not as stupid as trying to kill their own citizens.
J

Looks like Putin's puttin' the Iron Curtain back up as fast as he can...


josh4president said:
So any word from Edward Snowden on this?

He's been remarkably silent of late. One could say he's been rather incommunicado...

This is ridiculous. Next thing you know Putin will be bugging every building in the damn country.

The situation in Russia grew a little grimmer yesterday with the approval of a "blogger's law" that requires all bloggers and popular social media figures who receive 3000 or more hits per day to register with the government. Once registered, they will be held to the same standards as conventional news outlets, requiring them to fact-check and remove posts containing inaccurate information and forbidding any defamation of individuals or groups, or obfuscation of facts.
Click to expand...

Shit like this really irritates me because everytime someone tries to impose rules that require the media (of whom bloggers are a part) to attempt some basic standards of adhering to facts and not posting blatant untruths, we get bombarded with scenarios like this where it goes horribly wrong. Debate ends, and cashed up media moguls go back to spewing blatant untruths with no repercussions other than a slap on the wrist with a lettuce leaf.

Why must everything be either 1984 style government control or laiz-affair he-with-the-largest-pockets dominance? Can't we strive for a system of balance and oversight?

It's just shameful that the Russian people seem to take it so easily.
Click to expand...

As if they could actually do anything about him if they wanted to...

It's quite incredible to see modern day fascism happening before our very eyes. This is the stuff our generation has only ever read about.

I wonder what else is being suppressed over there?

josh4president said:
So any word from Edward Snowden on this?

With an Ex-KGB running the show and now showing his true colors blatantly, he's lucky if he's still alive or even functional, and if he's alive most likely he's tucked away in some prison and forgotten.

Stupid choice to run over to Russia with a head full of US secrets. I've not been so trusting of Russia post-USSR for many reasons, most of them just a gut feeling that I couldn't corroborate with any factual basis.

Also folk who scream about freedom of speech, this is a situation where, if it were taking place in the US, the 1st Amendment would apply. The US Government can't regulate what you can and cannot say (including banning any words no matter how racist or making it illegal to say such words). Just a note. However it doesn't apply to private website forums policing their own users. I know its been said but this is a real world example of what the 1st Amendment is supposed to protect and just how lucky I feel not to be living in a country like that.