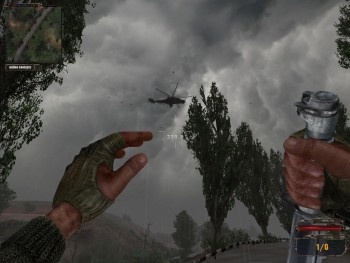 S.T.A.L.K.E.R.: Shadow of Chernobyl [http://www.gsc-game.com/], have decided to do their fans a solid by releasing a playable build of the game from 2004 - for free.

S.T.A.L.K.E.R. was announced in late 2001 and originally scheduled for release in 2003, but suffered from numerous lengthy delays which earned the game no small amount of Duke Nukem [http://www.3drealms.com/duke4/]-style notoriety. The biggest obstacle facing the game was its ambition: It was set in an open-ended sandbox world around a fictional (we hope) Chernobyl, which had suffered not one but two separate nuclear disasters, leaving it an irradiated wasteland packed with mutated creatures and vegetation, physics-bending anomalies, heavily-armed competing factions and more.

The game was finally released in March 2007 and despite being scaled back considerably from the designers' initial vision it was a hit with FPS fans, offering a huge and unique setting, intense action, open-ended gameplay with numerous side quests and an intriguing story, all wrapped up in that weirdly wonderful Eastern European gaming sensibility. Some players lamented the changes that reduced its scope but the final release was far more than adequate to keep all but the most ardent complainers happy.

But apparently not happy enough, at least not in the eyes of GSC Game World, who seem to think that if gamers really want something, then by God, they should get it. And so, to all those gamers who want to see what S.T.A.L.K.E.R. looked like three years before it hit the shelves, GSC says, here ya go.

"In response to numerous requests, we bring to your attention a build of the game S.T.A.L.K.E.R. from 2004, or, more precisely, 'xrCore' build 1935, Oct 18 2004," GSC's senior forum moderator wrote on the official S.T.A.L.K.E.R. forums. Download links are provided, as is the warning, "We remind you that GSC Game World does not guarantee stability or fitness of the given build and will not reply to questions about it or provide technical support. We thank everyone for understanding and hope you have fun with this build!"

What is it with European game devs? First The Witcher [http://www.cdprojekt.com/], including vast amounts of new audio, animations, character models, content, dialog options and more, and they give it away. Now GSC Game World has dug up an early - but functional, playable - build of S.T.A.L.K.E.R. which is apparently closer to their original concept and includes levels that were cut from the final release, and they give it away. And then they apologize for not supporting it! What the hell is going on over there?

Maybe I'm being an unreasonable fanboy. Maybe this kind of thing isn't economically sustainable in the long run. Maybe, once they're successful (instead of just crazy) those European developers will find it necessary to sink bazillions of dollars into half-assed games and tired franchises and rage-inducing DRM that doesn't work. But right now, a big part of me wants to jump up and down and point at the other side of the map and scream, "Hey! Do it like this!"

For now, I'll satisfy myself with pointing toward the official GSC Game World forum [http://gsc-game.com/index.php?t=community&s=forums&s_game_type=xr&thm_page=1&thm_id=17037&sec_id=16&offset=0], where numerous download links for the 1.3 gigabyte S.T.A.L.K.E.R: Shadow of Chernobyl 'xrCore' build 1935, Oct 18 2004 along with other helpful information can be found. Have fun, and be sure to say thank you.

I see you when you sleep...

Almost as funny as the "Come in,dont jsut stand there" glitch

I love stalker, but im failry sure the oblivion lsot mod added all the cut material back in, but the new maps will be interesting.
Hopefully they did this to get attention for another stalker game thier making and are yet to annouce(A fantasy of mine)

How Unstable is it? 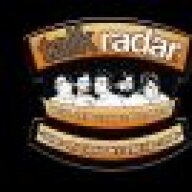 I'm I the only one who thinks this will be über glitchy? 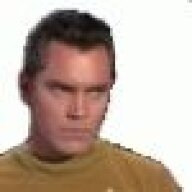 CountFenring said:
I'm I the only one who thinks this will be über glitchy?
Click to expand...

Considering how glitchy the real release was...

Wait a minute, so this is the early build? Time to free up some space.

It's glitchy. In two runs I've managed to get 5-10 minutes of operation in before it craps out. It's a relatively primitive build, obviously more of a curiousity for STALKER fans than any kind of actual game and it's still an incredibly awesome thing for GSC to do.

If you're having issues and want to be able to poke around in the areas that were cut, check out that forum thread on GSC. Lot of good information there.

sounds nice...except for the unstable part 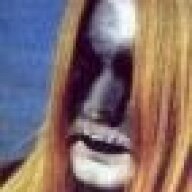 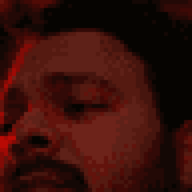 Malygris said:
It's glitchy. In two runs I've managed to get 5-10 minutes of operation in before it craps out.
Click to expand...

the game is spawning too many NPCs. you can fix that, tho.

a FAQ for the build, including fixes and other things to do to get it running and keep it running.

(every time i post gsc-gw links, they bork. so we'll see if that worked.)

i'm still playing around with this build, but a large amount of good-to-interesting ideas + implementations were taken out of stalker at some point afterward. 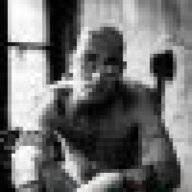 Wow. That is pretty cool of GSC Game World. I would download it, but as it is my current PC runs STALKER as the speed a snail moves. How an unstable version would work, I have no idea.

It actually seems to run better than the final release, just for shorter intervals.

blackcherry said:
I would download it, but as it is my current PC runs STALKER as the speed a snail moves. How an unstable version would work, I have no idea.
Click to expand...

alternately, one of the links in the FAQ i linked up shows you how to tweak some settings to allow the build to use some dx9 effects.

its somewhat amazing those screenshots are from an incomplete build from late 2004.