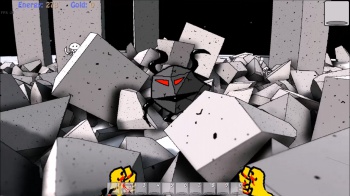 In an interview with The Escapist, Alex Sytianov discusses sandbox RPG Sketch Tales, which is being crowd-funded through Kickstarter.

In this era of crowd-funding, game studios Sketch Tales [http://www.escapistmagazine.com/news/view/125604-Double-Fine-Wasnt-Being-Greedy-With-Second-Kickstarter] from the Ukraine-based 8D Studio. Described as a sandbox RPG "where players can draw anything," from the environment to the characters and their weapons, Sketch Tales isn't starting from scratch. Its initial development was funded by S.T.A.L.K.E.R.: Shadow of Chernobyl writer and lead designer Alex Sytianov, who sold his apartment to finance the game.

"I took the risk because I believe in this project," Sytianov explained in an email. Calling Sketch Tales his "dream," Sytianov was wary about working with outside investors because "they distort the original idea of a game when they feel there is a chance to lose profit." He said that he could have worked on Sketch Tales as a side project, but wanted to fast-track development, since this idea has been in his head for more than eight years. He also didn't want 8D Studio "to hit Kickstarter empty-handed," so after the concept was completed, Sytianov sold his apartment and started developing Sketch Tales in May of this year.

While Sketch Tales is still "far from the final version," Sytianov's vision can be seen in the game's screenshots. What the images don't completely convey, though, is how the drawing mechanic works, so we asked Sytianov to elaborate. "In Sketch Tales drawing is magic... you can create walls for your fortress, summon creatures, and get yourself a weapon," he explained. Don't think you can just scribble any old thing into existence--you'll need to find the right blueprint first, which then allows you to draw the object to life. That doesn't mean your choices will be limited, however. "Drawing also grants freedom. Battle with a sword or draw a creature to fight for you? Bypass a high place or draw a ladder and look what's up there? Shoot more arrows or spend precious green color to make them poisonous?" These are a few of the options. Though more details about the "color alchemy" will be revealed later, Sytianov also stated that players' expanding abilities will allow new tools and colors, and can make the world as bright and colorful--or grim and dark--as they want.

With the game already in development, 8D Studio turned to Kickstarter in order to get Sketch Tales out--at least in Early Access form--by next summer. "We did everything possible to show a maximum of what we have done up to this very moment," Sytianov stated. The Early Access version will then be updated to the beta and eventually the final version of Sketch Tales, which 8D Studio says will be supported by updates post-launch.

The more crowded every day [https://www.kickstarter.com/projects/8dstudio/344790674?token=72f628aa], but Sketch Tales' drawing mechanic, promise of being able to "invent new gameplay solutions on the fly," and relatively low $50,000 goal might just be enough for it to stand out and succeed.

Welp... Feel a bit sorry for the guy actually...

I love the idea... I find in these pics, the game has a crudely sketched look, which is kinda fun. I'm very interested to be able to actually draw my character- I'd like to hear more about that feature.

Bloody hell! It's as if Cortéz burned his ships halfway across the sea. 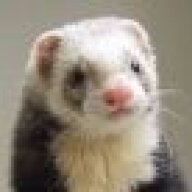