this is what I said: GOOD. SR3 was pure, unadulterated FUN, it KNEW what it was and went completely bonkers with it. When the series went completely insane it was for the best as it's antidote for all the boring, self-indulgent, self-important games that try to be "serious" and fail miserably at it.

I hate this, Saints Row 1 and 2 were serious when they needed to be which contrasted with the tone of the more goofy stuff which purely side mission stuff and outfits etc. Saints Row 3 didn't have that at all, Saints Row died with Gat. There were so many scenes that were Brutal in SR2 that would not have worked in SR3, could you imagine any of these scenes taking place in 3? *spoilers*

The Great JT said:
This is why I love it, it's like an untamed human id made a game. Sometimes that's a great thing to have.
Click to expand...

Too many times are we told, "You can do whatever you want in our game!" but then find out that there are constraints. Dishonoured tells us we can get into any areas we want, but I have found that there are some roofs in the game which are impossible to climb on to of with any ability. PROTOTYPE was all about doing what you wanted, but there were very few good stealth mechanics/missions in that game, the offensive part was good, but I certainly wasn't able to stealth around in most missions. So yeah, I think we need just a few more games that play to, as The Great JT puts it, plays to our human id. Not too many, we don't need it to become the new gritty or realistic, but just a few to remind us that video games don't have to be artsy, or serious, or realistic.

"The World Has Yet To Realize My Genius" is more or less on the way! I'm OK with this.

I'll buy it day one, wallet willing. I can't wait to go on a rampage with a dubstep gun.

1337mokro said:
You are actually completely wrong my good sir.
Click to expand...

SR3 was universally well-reviewed and sold over 4 million copies. They're obviously doing something right. Whether you personally like it is a different issue entirely. 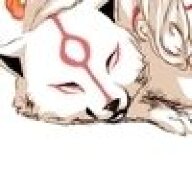 People are being way too critical way too soon. Volition's only given us a handful of new information and a teaser trailer. So what if you're the President of the United States and are faced with an alien menace. It sounds like a damn good time to me, especially with super powers and a fricken pilot-able mech!

piclemaniscool said:
The problem is, they're taking element out of what makes the game a "game" and not a "juvenile simulator." Saints Row 2 let you be as wacky as you wanted, but still had compelling story, characters you were rooting for, and an EXTENSIVE collection of minigames and customization.

Did anyone else that played SR3 actually count the kinds of minigames they had? They didn't add anything. They merely replaced some minigames with others. And customization; why couldn't I decide what undershirt to wear? Oh, it doesn't matter, because I can choose to be a FURRY.


I preordered the platinum edition of SR3 the day they announced it. Hell, I even preordered Red Faction Armageddon just to get that character customization thing that came with it.

I wasted so much money on the pile of shit Volition is turning the series into.
Click to expand...

Honestly, I didn't, I was having too much fun to care. Also, it is completely okay to make your own story around your character. It is open world for a reason. You don't have to keep to the story Volition puts in the game if you don't want to... just FYI

As far as layering is concerned, Steve already explained that in an interview. He said that they got rid of clothing layers because with the new engine, the character models had two different skeletons (male and female) instead of just one generic one they had for 1 and 2. In order to save on space, time and money, they just made one specific layer of clothing that fit well with both models and didn't look too awkward when switching between genders. And honestly, when you're in the heat of a fire fight or running/driving around Steelport, are you honestly going to be concerned with whether or not your character's undershirt is untucked, or whether your character's hat is slightly askew? Yeah it was neat for the time, but honestly it's not game-breaking that they removed that option.

Having played a decent (read: not PC) version of it recently, I actually didn't like Saint's Row 2's way of doing contrast. I agree with others that a wacky world needs a "straight man" to show how ridiculous it all is, but SR2 tried balancing completely unrealistic wackiness against poe-faced drama with the end result being that neither the wacky scenes nor the serious scenes felt like they fit. It felt like two completely different stories. I like comedy in my drama and drama in my comedy, but Saint's Row 2 felt like it didn't know what it wanted to be.

This is just me, though. I'm obviously in the minority and it may well be because I played the third game first and went into the second with very high expectations.
1

1337mokro said:
You are actually completely wrong my good sir.
Click to expand...

SR3 was universally well-reviewed and sold over 4 million copies. They're obviously doing something right. Whether you personally like it is a different issue entirely.
Click to expand...

It received lesser scores than SR2 and of course a sequel to one of the best sandbox games would sell well.

It's kind of like saying the Native Americanness of Connor from AC3 was the obvious key to success. Ignoring that it was a long awaited actual sequel after several expansion packs to one of the best selling franchises in Ubisofts library.

I am not saying SR3 worked or not, I am saying the guy is wrong to focus on juvenility as the linchpin.