Save The World While Saving Your Insulin

Save The World While Saving Your Insulin 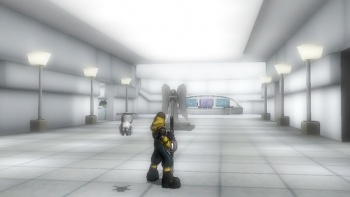 The Magi and the Sleeping Star, the first game from Game Equals Life [http://themagigame.net/index.html], features a hero that has type 1 diabetes.

Many games feature a fatally flawed hero but it's rare that a game comes along that both acknowledges the flaw and plays it realistically.

Diabetes is a disease that puts the life of 8.6 million Americans at risk daily (according to the American Diabetes Association) and with a cure yet to be found for it, still very little is actually known about it.

General knowledge about it usually stops at it being something to do with sugar, but the basics of diabetes type 1 means that insulin (the body's sugars to energy converter) isn't produced, which leaves the sufferer having to balance their injected insulin levels with the sugar they need to survive.

This delicate balancing act can be hard to understand, even for sufferers, so The Magi and The Sleeping Star (MSS) places focus on it by reducing your powers when your levels are out of balance, and boosting them when you achieve a good balance.

Pleasingly, the crux of the game isn't on the disease itself but of an epic battle between one mage and an army of giant robots.

According to Adam Grantham, Creative Director of MSS, "With MSS we're using the incredible teaching power of play to illustrate that life with type 1 diabetes doesn't have to center around the disease and that good blood sugar management is the key to living a free and healthy life. As someone who's lived with type 1 diabetes for over 15 years, I'm very excited to be working on such an innovative and positive new game."

A trailer [http://themagigame.net/trailer.html] of the game appears on their site, and it actually looks worth playing even if you don't have diabetes. Perhaps especially if you don't.

With a best friend who lives with diabetes, this is certinally something I'd like to give a try. It's especially interesting to note that they don't use the "look! We're raising awareness!" crutch and actually have something else to focus on as well. Continual play could certinally help to understand the caution that diabetics have to take if they wish to remain healthy.
P

I think this is a really good idea! It'll certainly help to raise awareness of the disease.

Interesting, I really hope this works out for them since games can use all the positive press they can get thse days.

Also awareness is good and all that.

Rare, yes, but not unheard of.

The URL should tell the story, but visit the link if you need to see more.

A novel idea, in-so-far as I know, to have the player character affected by such a condition. I hope the game itself is good, else their interesting idea won't be enough to keep it afloat, heh. And it seems to promise a better way of mixing teaching with gameplay than alot of games manage.

Its surprising it doesn't occur more, as even this guy points out the idea isn't new.

Coolio. So now, all we need is a asthma game to teach people why smoking indoors automatically makes you a grade-A jerkwad.
D

Okay, maybe it is. Making a game where it's present but not the focus (aka subtle) sounds difficult, but it may actually work. 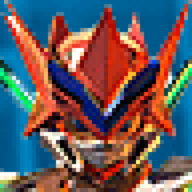 When my little brother was diagnosed with type 1 diabetes (bear in mind, this is the "less popular" kind of diabetes -- the kind that can't be prevented) in the late 90s, I remember playing two different SNES games with him while he was in the hospital. One was co-op, so we hit that up a lot more, but both of them involved heroes fighting sugar or something. Like this title, except more explicitly designed to help people/kids wrap their heads around just what's going on, (or, uh, not going on) inside their pancreases.

Dectilon said:
It's nothing new!

Okay, maybe it is. Making a game where it's present but not the focus (aka subtle) sounds difficult, but it may actually work.
Click to expand...

Doug said:
Its surprising it doesn't occur more, as even this guy points out the idea isn't new.
Click to expand...

This is why I was so impressed with MSS, the diabetes is background to the game and someone with no interest can still play it. Those of us who have diabetes or know someone who has, can perhaps take a little something else away with us.
M

This is really neat. I really hope this game does well. Will have to keep an eye on this one.

Hell, after playing a game where you're actively plagued with a form of malaria that goes away by popping a pill at random, they might as well do it realistically.

I mean, yay diabetes awareness and all, but it looks like a PS1 version of Fable. Bonus points for Robot Dinosaurs though.