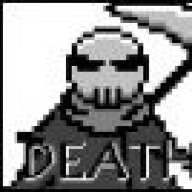 that's crazy awesome. i hate seeing all the poser-ass losers with their 1-inch hawks, this guy is keeping it real, going extreme just like the punks used to do.

i work at a place that enforces hair length, style and color. i HATE that shit. i had to cut my long hair just to work there. so i understand what's going through this kids head... "F*** society! burn the church! kill the president! bomb the white house!" yeah... when you get told and forced to do things you dont want to, your mind should be screaming at you to rebel.

i understand it can be distracting, yeah so what? i knew a lot of other things that were way more distracting in school than some kids hair cut.

however he should just wear it down while in school, as long as the school isnt as retarded as my job, he can still have his hair outside of it. good for him.

His mother, Rae, said she supports her son's goal.

"It's important to my son. It gives him his own individual personality," she said.
Click to expand...

"I'm weird, uncommon and socially unacceptable, so why can't my hair express that too?" Moyer said.
Click to expand...

Anyhow, while it's the principal's job to make sure rules are enforced, this was a judgement call, and I'd have a hard time classifying a mohawk as "disturbing and/or hazardous."

The school I go to would toss his ass back home until his hair was acceptable, hell, they'd have a field day with this guy, so I agree with the school here. If there's a dress code set in stone, he must adhere to it or not attend that particular school, simple as that.
captcha: van surfing
That's not allowed either.

I could understand the teen being angry if the school forced him to get his hair cut but they didn't. When he is in school he has to wear his hair down but when he is outside of school he can style his hair however he likes.

1)What sane person of any age, even a teenager, is so easily amused they'd allow themselves to be distracted for more than a second by some guy with a mohawk?

2)It would be easy enough for him to sit in the back.

All in all, a very poor show from the school district. Good on the kid for refusing to change, at least initially.

When I was at school, we had a teacher with a mohawk who was told he couldn't have it up as it was deemed "too aggressive" for school. So he just slicked it back instead.

Starik20X6 said:
Oh no! Someone's deviating from the accepted social norm! Somebody stop him before he inspires others to think outside the box!
Click to expand...

...and poke someone's eye out with his hair!

Seriously, a crazy mohawk is endlessly distracting to everyone sitting nearby. I say this with experience. He should keep his hair down while in the classroom. It has nothing to do with societal norms and "thinking outside the box" (how does that have anything to do with hairstyle?) and everything to do with annoying his classmates.

1)What sane person of any age, even a teenager, is so easily amused they'd allow themselves to be distracted for more than a second by some guy with a mohawk?

2)It would be easy enough for him to sit in the back.

All in all, a very poor show from the school district. Good on the kid for refusing to change, at least initially.
Click to expand...

Well, if you're sitting nearby, you have to watch out for swinging spikes every time he turns his head (again, experience). As for board-blocking, the school may deem seating plans to be more important than someone's freedom of hair. Some seating plans account for people who talk a lot, people with bad eyes, people who want to sit next to the AC, etc, and just having the guy wear his hair down is easier than reconsidering multiple seats just because the guy wants to wear a ludicrous mohawk.

Not everything is cut-and-dried.

Let the kid have his (badass) mowhawk.

The school's dress code says nothing about hair.
S

So... Just go to school without spiking the hair? It may look silly hanging down, but foot-long spikes of hair is also silly when used to give The Man the middle finger. 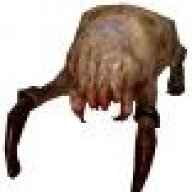 I'm all for social freedoms... anyone who has seen me ranting and raving on things like internet privacy rights, government infringements on civil liberties, or any of the myriad of issues out there can attest to that.

That being said... this isn't one of those times. School isn't PUBLIC. It's a specifically tailored environment. Schools by design are supposed to foster an atmosphere conducive to learning. Vulgar/provocative clothing, wild hair, and whatever other unorthodox methods one might have of self-expression are FINE by me. Hell, if you want to tattoo 'Fuck You' on your forehead and walk around like that all day... you be my guest. But it doesn't belong in a school. These aren't rules 'oppressing the young' or 'infringing on civil rights'... these are rules designed to keep the school environment from becoming just another circus act. You can ***** and moan and complain about it all you like, but the sad fact of the matter is that the TRAGEDY here is that we EVER allowed such nonsense into our places of education. And if you can't enforce some kind of minimalistic boundary with CHILDREN... then what the hell hope is there for rest of this screwed up country?

Or does nobody else see the decline of common decency, discretion, and professionalism in young Americans as a problem anymore? Are we all just so accustomed to the idea that nobody is expected act like an adult now that we've decided to go along with it?

I'm not calling for uniforms and hair-style regulations, here, people. This is about setting BOUNDARIES to ensure a respectable, serious environment for learning. If you're going to pierce every inch of your body... then at least be courteous enough not to go around school looking like a pincushion. Most of the damn things can come out... and when you get them STUFFED IN THERE, remember that you're making the CONSCIOUS DECISION to inconvenience yourself later. The whole world doesn't bend to our wills... and the sooner we start teaching our children that they can't just walk around telling reality to fuck off and NOT get their ass kicked back by the cohesive forces which hold society together, the better.

If this kid is the real deal, he doesn't need YOUR sympathy or the sympathy of the news. He's already got his identity, and he'll get strong by bucking the system all the way to wherever he ends up in life. But if he's like 90% of the sniveling, obnoxious little shits I knew in High School, he'll put his hair down during the day... get an education... and learn how to express himself when and where it's appropriate.

Or maybe the whole country will go to hell and we'll be smoldering piles of radioactive ash come this time next year.

That sure would make this kind of conversation seem hopelessly shortsighted. Not that any of us would be around to appreciate the fact.

Interesting to see how many side with the school on this one. I am, however, of the opinion that you should be able to dress yourself freely in school, so I am siding with the kid.

I'm from Norway, and we don't have any kind of tradition for school uniforms and the like, so that has obviously made me biased, but that's simply how I feel about the matter.

His mohawk's pretty cool, I'll give him that, and props to him for going for the record. However, schools have dress codes, and it is their right to enforce them. Fair play to the principal of that school, he didn't ask him to cut his hair or any other extreme reaction, and seems like he understands where the kid is coming from. Still, rules are rules.