Nyssa Al Ghul is back in Starling City and she's determined to avenge Sara's death.

I liked this episode, except for the scene where Thea gets kidnapped.

Ok, Nyssa does her ninja flip from off camera. Ok, she's a trained assassin.
But, Roy trying to ninja flip over the hood of the jeep, when he could have taken the two steps to walk around it?
Can we PLEASE get that Teen Titans show up and running to pawn Roy off onto someone else? 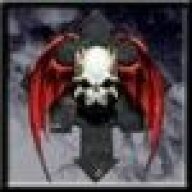 The club is called Verdant, Vertigo is the drug.

Definitely gettin back to form. Season 3 has suffered from not havin a central plot line and now we finally have one. Yay. 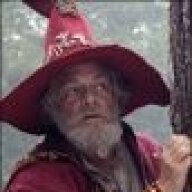 John Barrowman can't get enough screen time, ever.
Good episode.
I especially liked Thea's reaction to the attack, consciously holding back to not reveal anything. In a series that delivers on story and action but has problems
in the acting department (again, more Captain Jack, please!), this moment was even more energetic than if the show had a tripple-A, always perfect cast.
But I agree that there will be a clash of lies and deception pretty soon.
Same goes for Laurel and here rage-fueled wannabe vigilantism.
J

shintakie10 said:
Definitely gettin back to form. Season 3 has suffered from not havin a central plot line and now we finally have one. Yay.
Click to expand...

That's a bit harsh only 4 episode's in.

Even now the story arc is established don't expect all(or even most) episode's to have anything to do with it(at least more than a finale scene).

Apparently common sense had a day off.

I understand Nyssa's anger, but blinding rage is just not becoming of a league member.
She couldn't even comprehend that someone else than Malcom was the killer.
And if she kill's the wrong person, no justice was served.

But not killing sara doesn't clear Malcom with the league.
Ra's al ghul takes issue with the Undertaking.
But didn't ra's al ghul him self tried to do something similar to Gotham(i know not the same continuation bubble, but still)

Kaihlik said:
The club is called Verdant, Vertigo is the drug.
Click to expand...