See Bighead Thanos And More in This MegaCon Cosplay Gallery

Imper1um said:
Seriously, you missed some of the BEST cosplays. These pictures look like you only took Sunday pictures (when everyone was winding down). MegaCon has some of the most dedicated Cosplayers in Florida, and as proof, I offer the following:

This seemed like a weak year for cosplay. Even the ones you showed weren't all that good compared to the usual. Really the only ones that wowed me were the 40K guys (who have been there the last couple years) and the steampunk wings (which are a lot more impressive in person).

Then again, I might be a bit jaded. This megacon was not it's best year overall. 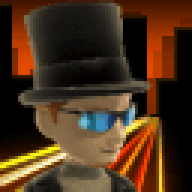 Yeah...I would have to agree, but that's mainly because Cosplay-worthy titles for the last year, were far and few in between. Frozen was 'meh' to a lot of people this year (I only took the Frozen pic because they did a combo with more than just the two female leads). Although, I have to say that the LoL Cosplays were actually pretty great. Some people did some kick ass Cosplays that looked like they did a lot of time.

Every time I see one of these, I just yawn. Now, if someone comes up with a variation on these Cosplays, like a Steampunk, or a really interesting different rendition of it, its AOK, but, seriously, I saw a BAJILLION Homestucks.

- MegaCon2014 in the North Concourse
- Clash of the Titans (Cheerleader Competition, supposedly) in the West Concourse
- SeaWorld's 50th Anniversary Celebration

Yeah...the numbers are looking at 125k people over three days visiting the OCCC/SeaWorld area. People from SeaWorld wanted to see what was going on at the OCCC on Saturday, which I saw more 'bewildered' faces enter the North Concourse than normal. Owners of Hotels and Restaurants loved last weekend. Employees of the surrounding area hated it.

The biggest problem that OCCC is currently facing is the traffic is impossible to manage for MC because of its inherent audience; most people that come to MegaCon are 1-2 people per car, rather than Bus loads of people. OCCC is suffering from a "non-road-based" point of entry, like a train or light rail. If you could light rail from OCCC to the Airport, I guarantee it will solve a lot of problems. 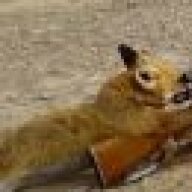 WldCard said:
Actually, both of them were females, Harley was just really tall and The Joker was quite a bit shorter. The costumes on both looked great in person too.
Click to expand...

And now I feel bad for accusing Harley of being a dude... sorry Harley...

http://funsubstance.com/uploads/original/52/52843.jpg
you are not the only one to make that mistake, so don't feel bad.

-super strong, fast, can Hulk Jump, regeneration & healing powers
-extreme resistance to heat, cold, & gravity changes
-telepathy that rivals Martian Manhunter, works on any animal descendant from the ocean, and induces seizures in humans
-Hydrokenesis... for instance completely draining the water out of any living thing
-Near invulnerability which all atlanteans have in order to just casually walk around the merciless gravity at the ocean floor
-Army of atlantean soldiers just like him, mages, and an advance armory of weapons
-So rich makes Bruce Wayne & Lex Luthor net worth look like a peasant heavily in debt
-Wife who is a female version of him, except for being a trained assassin & lacking in mercy
-King of 90% of the Earth
-and wields Poseidon's Trident which has its own power set

But hey Super Friends is the go to source for bringing out the best in our heroes, rite?
Click to expand...