As the title say, shall I do it? Is there a change I don't understand some major plot points if I don't play the previous game?
Thank you.
M

No you won't miss anything. Imo the story and atmosphere for the first game was better. But they are both rather neat.

Each of the BioShock games can be played without haven played either of the other two. You get some nice background information but nothing especially essential.

Personally I'd play BioShock 2 before Infinite anyway, 'cos BioShock 2 is actually a half decent game and well worth whatever low price its bound to be sold at in most places these days.

They're all generally stand alone, although it's advisable to have played the original Bioshock before Infinite for maximum effect. 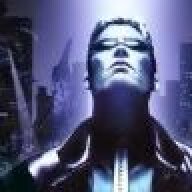 Play 2, skip infinite. 2 is actually fun to play, the story is ideologically like a opposing piece to objectivism, showing its faults, and the game looks great even today. Infinite is just wasted potential. The gunplay is slow and archaic, making call of duty 1 feel fast paced. The story puts on an air of being sophesticated, but only uses the multi verse concept as a novel idea and not truly exploring it. The dlc is a waste and tries to milk nostalgia to get money.

I've played Bioshock and BS:I but not BS2. From what I can tell, BS:I doesn't reference BS2 in any way, so it doesn't matter much. However, BS:I does reference BS at points, just so you know.

I liked Infinite a bit, so I'd suggest giving it a go if you liked Bioshock.

I think Bio2 got a bad rap, probably from the ZP review. Its not a bad game at all. Its not as good as Bio1 or Infinite sure. Its definitely the weakest of the Bio games, but its still miles above other FPS.

In terms of story you don't need to play any Bio game to get another one. They're all pretty self-contained.

As others have indicated, each game can essentially stand on its own, though BS2 is a direct sequel to the original. The old leader of the city has been dealt with leaving room for a new leader to rise.


Silentpony said:
I think Bio2 got a bad rap, probably from the ZP review. Its not a bad game at all. Its not as good as Bio1 or Infinite sure. Its definitely the weakest of the Bio games, but its still miles above other FPS.
Click to expand...

I'd disagree, personally I rate the quality of BS's as following the order of their release. Original was the best, 2 was 2nd best, Infinite is weakest.

The story in Infinite was neat...until you realize the very subject matter they're dealing with means you can literally just make up plot holes and they exist.

Beyond that, as much as fans of the game praise BS:I's story while (in most cases) shitting all over BS2's story, they seem to be overlooking the fact that in general terms, their plots are nearly identical.


-Both revolve around a magical girl who has been imbued with god-like powers.
-The protagonist in both is a father figure trying to save the magical girl from the antagonist.
-The antagonist in both is zealot with a devoted cult-like following from the citizens of the city.
-The antagonist in both intends to use the god-like powers of the magical girl to wage war upon the surface world.
So yeah, their stories are about equal. What makes me place BS2 in front of BS:I is that at least BS2 isn't filled start to finish with giant bullet sponges. I don't care what kind of alternate universe this is...you should not have to unload a clip into a guy's face - reload - then empty another clip in the guy's face before he dies.

Not unless you want to. The plot of bioshock 1 & 2 and bioshock infinite (disregarding the DLC which I have not played) are only very very loosely related. There is nothing specific to 2 that I can think of.

No, you don't have to. You don't even need to play BS1 as all you'll miss is a reference to BS1's setting. Which is a dystopic underwater city. So you're good now. The DLC goes more into it, but still not necessary.

You should still play BS2 though. It's just merely good compared to the rest of the franchise's awesome.
L

For several years whenever Bioshock went on sale cheap I'd think "hmm maybe I should get it" and then I'd download the demo and remember why I'd not bought it previously in about five minutes flat. I really, really disliked everything about it. So I ignored Bioshock and later Bioshock 2. I played it a bit around at friends houses from time to time but I never understood how anyone could enjoy it honestly.

Then Infinite came out and I was fully prepared to ignore that as well. But then I started reading that it was different to the previous games. So I took a punt when it was on sale and I have to say I absolutely adored it. Massive improvement. Having since read the story of the previous games there's really not a lot to be lost outside of a little more background with respect to the DLCs which is how they're linked.

I actually rank Bioshock 1 and 2 higher than infinite, in terms of gameplay. Bioshock 1 is easily the best.

I rank Infinite 2nd for story, and worst for gameplay and pacing.

I rank Bioshock 2 2nd for gameplay, and worst for story.

Those are just my opinion FWIW. And to answer your question, it doesn't matter which order you play them in, even though I played them in sequence they don't really share anything too significant.

BS2 is an offshoot of original BS from a sidestory gathered if you listened to recordings in the first game. So for continuity, it'd be worth checking out. But it's absolutely not necessary to enjoy Infinite. There are story elements of Infinite however that would benefit from having played Bioshock first, one being immediately evident at the game's start. In terms of overall quality, I'd rank BS1 and Infinite even, wits BS2 a little lower, all very solid games. On a sidenote, Infinite does have DLC but it's more of a prologue after the fact, a way to wrap all 3 games up in a neat bow with a side of melancholy.

I think you'd get the most out of Infinite by playing both BioShock and BioShock 2, especially the first one. While Infinite can stand on its own, the nature of the story and what it talks about lends itself well to having played the first two games. The references to the first game are rather obvious (though not completely critical) in many cases, but it also subtly connects with BioShock 2 at least thematically if not narratively.

I don't know. Shall you? You won't miss anything if you play Infinite first... except for one good game.

Bio 2 is mighty underrated, I say. Gets a lot of bad rap for not being developed by Irrational, but if you're not some stuck-up purist who thinks that ONLY THE CREATOR CAN DO IT RIGHT, then it's a perfectly good sequel that does a bit of a perspective flip on the first game... and also vastly improves the gameplay and combat.

Given that you're asking about 2, I'm guessing you've already played the original Bioshock? You know about Rapture, plasmids, Little Sisters and Big Daddies?

...That's pretty much all you need to know, plot-wise. But 2 is perfectly worth playing, especially if you can get it for 5 bucks. Not as good as 1, I think, but I did appreciate that they finally did the obvious and put left mouse to weapons and right mouse to plasmids.
Show hidden low quality content
You must log in or register to reply here.
Share:
Facebook Twitter Reddit Pinterest Tumblr WhatsApp Email Link
Top Bottom