Snow, terrorists and insane supervillains: Just another normal day for Star on Chest.

That game looks so broken it actually made my face fall off. 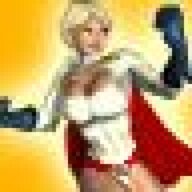 Great episode! Much better than playing the game was. I love the Escapist for the features, not the articles.

I'm praying that Cryptic have learned that City of Heroes, for all it's terrible melee vs blast/overpowered Dark/stupid Stalker/OP Mastermind/UP Blaster, had a wonderful, wonderful story line.

Against Champions dirge, it's Oscar material; and Faultline - which was originally the biggest Scrappy level of them all, go turned into a MUST-GO zone.

Let's hope they learn. Although I'm still betting they forget about Regeneration Protection making half the AV's impossible without a Controller.
L

imnotparanoid said:
That game looks so broken it actually made my face fall off.
Click to expand...

You should note that this shamus plays was done months ago. The powers had a lot of balancing done to them since then.

Also, the game is balanced around the fact that a superhero should be able to defeat multiple enemies at once. In WoW, when you solo, it's mostly 1 mob at a time. In CO, there is a lot more variety like 4-5 henchmen or 3 henchmen and a villain or 2 henchmen 2 villains or a super-villain for standard pulls in increasing order of difficulty. It's normal to fend off lots of enemies that shoot a lot. 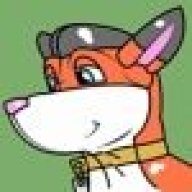 Yeah, just in case anyone's curious, there's been a lot of rebalancing since that play was originally done, and Force Shield and such aren't nearly as broken as they once were. They're still great powers but not quite the I Win Buttons they once were.
A

The rebalancing is good, though it clearly should have been done BEFORE release.

That section about the scientist going bat shit and killing the terrorists with his bare Canadian fists made me giggle.

Great series. The line "This might sting so bad you die" is a great line and I plan on stealing it.

What will usually happen is that an enemy Viper will enter his aggro range and he'll turn and run towards them. This brings him closer to the nearby base, and so once he gets going he usually won't stop until he's cleaned the place out. This is hilarious to see, although it's really, really annoying if you're trying to turn in a quest and he runs off. You end up chasing him all over the place, frantically clicking on him and trying to activate the next mission so you can get on with things.

That is beautiful. "Excuse me? Mr. Scientist? Could you stop killing bad guys with your bare hands long enough to tell me what you want me to do because you're just a weakling scientist?"

Hey there. Do you remember a few seconds ago how this room was full of your friends and not dead bodies? Are you positive you want to keep fighting? Yes? You do want more fight? Okay then. Hold still. This might sting so bad that you die.
Click to expand...

I wish I had somewhere to use that last line! (This update's been golden straight through. Good show!) Though I do admit to uttering something similar (in ANY game) to the whole rant whenever a lone guy charged through a pile of his dead and better-armed comrades in the vain hope that he might be able to do what they could not. I usually kill those last stragglers slowly, just to give them false hope.

I'd be a lousy superhero.
J

Shamus Plays is always a good laugh. MMO reporting/roleplaying from the front lines. Keep it goin after Champions!

JayDig said:
Shamus Plays is always a good laugh. MMO reporting/roleplaying from the front lines. Keep it goin after Champions!
Click to expand...

He did keep it going. LOTRO is actually newer than Champions.

Shamus' website hosted the Champions one months ago.
N

JayDig said:
Shamus Plays is always a good laugh. MMO reporting/roleplaying from the front lines. Keep it goin after Champions!
Click to expand...

don't know how you can keep playing this game. good article but shit game. I've played it, and its boring as hell. cryptic are not very good at making mmo games
J