Norman finds that being a detective is much harder when the crimes make no sense at all.

To be fair, the reason for the original murders is explained at the end of the quests. Apparently they were friends of VanCleef back in the day and recognised Hope as his daughter - she had em killed to keep it secret. 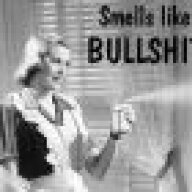 Ah, I'm going to miss that after next week!

What comes after this? In terms of MMOs, I don't know that many

My first thought when Laine tells Norman what he's been doing, especially with the murder of the orc thugs was, "Why do you have someone following me?"

Mathak said:
To be fair, the reason for the original murders is explained at the end of the quests. Apparently they were friends of VanCleef back in the day and recognised Hope as his daughter - she had em killed to keep it secret.

Damn, my post was something about that. Err... quick, think of something witty.
Looks like the farmers... bought the farm.
YEEEEEAAAAAAAAHHHHH!
T

Sad to see this feature ending, the WoW jokes were funny, and I'd like to see it go all the way until level 85.

That said, I think the point of the Fulbrows dying was that they owned the land the Defias were operating on. I'm not sure, but I think the sequence of events is that someone did the chain of quests for them, helped their situation, and then when they left they were murdered right before the new generation of adventurers shows up.


That said, I'm surprised you didn't say anything about the most (in)famous aspect of Westfall. The bit where you head down to the farm where you get the harvest reaper quest, target a chicken, and then do /chicken 100x or so. This causes the chicken to eventually give you a quest to get it some feed. You go over to the farmer and buy the feed (which is why he sells this otherwise uselss item), do /chicken again and feed the chicken, at which point it leaves behind an egg you can collect to obtain a white chicken as a static pet (not to be confused with the black chicken pet which you buy). This is still active post-Cataclysm apparently.

I mean honestly, no commentary on Westfall, especially a humerous one, is complete without mentioning adventurers clucking at chickens for that easter egg.
T

How will Norman end? My guess is punched to death in the Secret Lakeshire Fight Club. 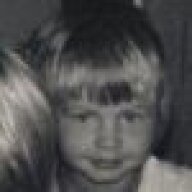 When experienced like this, MMO are also fun. But it makes me wonder what I enjoyed about them... They're just silly when you think about it.

kristiankramer said:
When experienced like this, MMO are also fun. But it makes me wonder what I enjoyed about them... They're just silly when you think about it.
Click to expand...

Should totally do Horde next, Shamus!

But in seriousness, you proved the main reason why I couldn't get into Alliance questing when I played WoW. Yay quest-log reading!

Really it's over next week? Too bad.

Looks like he's really gonna go evil. But this just makes things more fun.
And yeah, I'll be missing him, just hope that the last episode (article?) will be extremely great.

Aw! It's nice to know Gobstab really does care. 10 Gold says Norman completes his transformation by becoming Undead in the final strip.

With this series coming to an end next week and LODR online already done, SW: TOR can't get here soon enough!

Man I'm gonna miss this series when it's gone. Hopefully you might consider going horde and trying a series on that. . . . .or DC Universe is out and that could work too!

I had two thoughts while reading this: hasn't Blizzard ripped off the Warhammer license enough? ... and shouldn't Norman have a voidwalker by now? I dunno I only played a warlock for the horde.

Ah man, it ends next week? Oh well, at least I'll get to see Norman lose it and fully turn evil.

And yeah, the gnome customization options they added in Cata are really crazy.

The murders was explained in the last quest of the westfall chain.