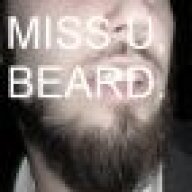 All the old familiar places...

You're suddenly very conscious of the fact that your face is buried in snow. You can smell motor oil and exhaust, and slowly you realize that you're lying next to a wrecked vehicle. A wrecked vehicle which you thought you had been driving pretty competently despite the snow storm.

Frantic now, you grab a flashlight and run like a madman through the closed buildings and abandoned streets, desperately calling your daughter's name in a vain attempt to

Wait, no. That's not right.

You're in your therapist's office. He's asking you some true/false questions, trying to get you to open up about your "trauma."

See how the tension I just cooked up kind of fizzled out there? That happens throughout Silent Hill: Shattered Memories. Regularly. And that's one of the reasons the game fails as a member of the Silent Hill family: the isolated feeling of being trapped in a nightmare is somewhat undercut when you realize that you are, in fact, not trapped in a nightmare.

Just as moments in the plot reach a climax, you are pulled back to the reality of the therapist's office to play another exercise, which will affect the forthcoming gameplay, and even the cutscenes. It's a device that is constantly reminding you that you aren't in any real danger which, for a horror game, seems like a misstep.

But here's the thing: once you stop expecting the game to scare you? IT'S FASCINATING.

I realize I may sound inconsistent here, so let me be frank: I liked this game. I thoroughly enjoyed it as a thrilling, darkly psychological adventure that did some truly original things with its narrative and the way you as a player interact with and guide it. There is a level of subtlety I did not expect from a game whose first screen essentially reads
WARNING!
We are about to psychologically profile you!
​
And what it did using the template of the original game's story to create something new and arguably even more engaging is highly impressive, but like I said, as a Silent Hill game, fans may be disappointed in a couple things.

As I mentioned, there is a relatively low sense of oppressive terror. Yes, everything's dark and yes, it's genuinely creepy the way things look in the flashlight with the shadows cast in all weird directions as you wave it around, but again, the sense of creeping, inescapable dread simply isn't there when you actually escape at regular intervals.

The combat is a controversial topic for this game, as there really isn't any; you run away. You don't play a superhero or a bad-ass. You're an average guy who is scared out of his mind, and has no alternative other than to run.

You may have heard that these combat sequences where the whole world freezes (another step backward in creating a scary environment: the color blue is simply not conducive to terror. In fact, i'll go so far as to say that blue is one of the least unpleasant colors in the visual spectrum) and "the creatures" start coming after you are not fun. This is true. But here's where I think either I'm the only one who gets it, or I'm giving the developers way to much credit: Maybe it's not supposed to be fun?

During these sequences where you must run a maze-like path to a certain waypoint while constantly avoiding your ever-present attackers, you're forced to stop running to check your GPS map on your phone. and more often than not, i was running in the wrong direction. It was an exasperating, frustrating, and frequently infuriating ordeal. But here's when I stop to think, "Hey, if I were actually in such a situation, wouldn't I be feeling exasperated, frustrated, and infuriated?"

Silent Hill: Shattered Memories honestly doesn't do a whole lot of horrifying. But it does offer players a thoughtful, dark psychological thrill that may actually tell them something about themselves. Pick it up for the engaging story and fun exploratory aspects (not to mention the smart twist ending(s)) if nothing else.

Silent Hill has been failing hardcore since Silent Hill 3 (give or take 4, its pretty shit but I kinda like it). If you ignore the games that came after Silent Hill 3, and treat this game as an alternate continuity to the bad ending of the first Silent Hill, it works out nicely.
Show hidden low quality content
You must log in or register to reply here.
Share:
Facebook Twitter Reddit Pinterest Tumblr WhatsApp Email Link
Top Bottom