Skyrim - My Wife Sleeps in the Basement

I purchased the Windhelm house, but the murder scene bugged out and won't go away. So I've turned that secret area into the "time-out" room. You get in my way while dungeon delving? I will shut you in the gore closet for weeks.

In every game I've ever played where there is a love/romance/marriage mechanic it's always akward, weird and usually a pain in the ass.
Plus for reasons I'm not sure about I just feel like my Dark Elf Master of the Thieves guild is gay. I don't know why, it's not like your character has a personality. I just think he is.
T

I mean it worked for Henry VIII.
Click to expand...

Yes it did. Eight times.

I mean it worked for Henry VIII.
Click to expand...

Well, only twice.
Though I think his point was it didn't work out WELL for him.
...It did, though. I mean, he was a king. That's pretty awesome in my books. 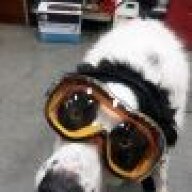 JoesshittyOs said:
I've caught the Raj virus as well. Where art thou?
Click to expand...

All hail Raj! The true hero, dragonborn, dovahkiin, house cat, husband of Wife Mjoll and the user of Razor!

But! There is one they fear....
In their tongue, he is dovahkitty, DRAGONCAT.

Let me guess, someone stole your invisibility potion?

There once was a hero named Raj the Red,
Who came riding down from old Wife Mjoll's bed.
F

I didn't plan on getting married either, but then I did, to the follower you get when you buy the Solitude home, I still didn't really care, until I went home, and she promptly gave me lots of money, some pie, and the dark brotherhood hood that I had dropped for forgotten reasons some time ago, yay Skyrim marriage! 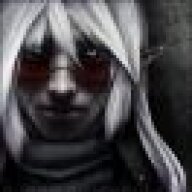 I married Scouts-Many-Marshes, and I still like him. I've had a few broken engagments because I wanted to marry a fellow Breton, but the only ones I could find were complete A-holes so I was compelled to ditch them. In the end I just went with a likable fella. He works on the enchanting table and brings in money from his mail-order business. No complaints.

When I eventually finish this character and create an Imperial-siding High Elf I will have a hard time finding a better husband! But for variability I suppose I should try.


I thought marriage was missing from Oblivion, and it's turned out more or less as I suspected it would. Thumbs up!

I married Camilla. I am an Argonian.

I find it sexy for a Human Female to like a Male Anything, but with the other way around....no.

There is no Raj.

We could Fus Ro Dah ourselves off the edge!

Raj has slept in basement many times!
Not because he does not love Mjoll. Mostly because fear of death in sleep due to hammer.

But should not take it as insult. Take as compliment! Means you are good with dagger or spell! Raj always sees Wife Mjoll anger as a compliment. Means did something right!

Or wrong, depending on view. How would you consider hiding dead body in chimney? Not that Raj put him there. No stab wounds on his body. Definitely not.
R

Good news is now my patio door works just fine. Bad news is she still sleeps in the basement. I don't know if this is typical 360 stuff the NPC'S do, but I just found het wearing nothing but a sword while making potions... I guess next time I drink one of her restore health potions, I'd better check for hairs...
T

Cant we just create a chatroom for you guys to talk about your skyrim moments and the likes instead of creating new threads?
T

I'd imagine all of this stuff wouldn't be hard to fix on a PC, or did they not release the editor yet?
T

Here's what you do;
Just put a bunch of crap ( say, pots, buckets etc) on the basement bed. Worked like a charm.

As for making her wear what you want, here's the thing;
There's 3 basic ways to swap stuff with Npcs, "trade", "purchase" and " pickpocke".
All 3 of which are possible with wives.
Like followers, wives generally wear their default armour, unless you give them even better armour. And their default armour cannot be swaped in any of the above 3 ways, unless they have better armour, in which case they'll move their default armour from their "inventory" to their "store" then you can simply buy their default armour, then even more simply just take back the awesome armour you just gave them. They'll then be in a brownish yellow bikini. Then you can make them wear anything you want. . Oh, you have to let them keep at least one part of their default armour though ( at least in their inventory) otherwise the game will think she's "naked" and return the entire set. I suggest letting her keep either her wristbands or her shoes.

Also, it's the armour level not enchantments that NPCs define as "better". To improve armour you have to take it to a workbench, although I don't think the tarn wench dress can be improved at all.