So, that just happened on german Amazon

I thought some time if I even want to make a thread about this, but here it goes:

Basically, Amazon Germany started a thing called "Entdeckt! Der Amazon-Autorenpreis" (translation: Discovered! The Amazon author's prize") to promote new writers. Several votings happened in groups with the finale ending yesterday.
One of the people who got in this finale was a guy I know out of a german gaming forum. He wrote a fantasy book. Because we are all nice people we gathered as many people as we could to vote for him.

Now here is the thing: He is completely unknown and has not that much of a social media presence. The other two people in the finale have been on german TV and are much more active in the "official" social media. You think you know how it went? Well, to our surprise, our guy got the most votes. Probably because our little gaming community has more of a reach than we thought ... well, and the sister of the guy has like 10000 followers on instagram.

WTF? Look at the third candidate. It is 8% before AND after. That means if the vote was rigged and corrected, Mr. Rottler would lose votes, but Mrs. Werrelmann would GAIN. Instead it seems like it was just a weird shift of votes from one candidate to the next.

Now, I know that a screenshot is not that good of an evidence, but I'm pretty pissed about this happening. Just keep in mind what Amazon does if they don't like their candidates in online votings.

Since percentages by definition are a ratio (in this case) of votes to total voters, it is possible for the percentage to stay the same if contestant A received a disproportionately higher number of votes in that hour than contestant B and contestant C received a relatively small amount of votes to keep a consistent 8%. I'm also going to assume these are just the top three highest since they don't add up to 100%. Regardless, it's easy to set up a spreadsheet that shows the votes required to get a fixed percentage based on a basis of total voters. I'm not saying that this is what happened since online contests are probably rigged a significant amount of the time (significant meaning not negligible in this case), but it is mathematically possible to have those percentages without the system being rigged.

For these images the percentages are fixed, and when I change the total voter bases the number of required votes is changed by multiplying total voters by the percentage. Assuming no one can change their vote once submitted, the voter pool has to increase over time.

EDIT: Oops. I just realized my percentages add up too high in both images. Good thing that doesn't invalidate my point 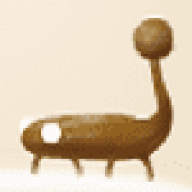 Are you planning on contacting Amazon or asking people to bombard their social media pages? I recommend you do so after looking around the web for if Raul did anything to advertise the poll around that time. Very suspicious, but not impossible. 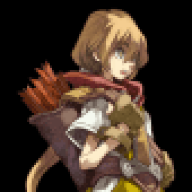 The third candidate staying at 8% is odd and unlikely. But the staticstically improbable happens all the time, we just tend to notice it when it directly affects us (and of course, data graphs only help to further point it out.)

No one is surprised when someone else wins the lottery, but you can bet the person who won is.

NightmareWarden said:
Are you planning on contacting Amazon or asking people to bombard their social media pages? I recommend you do so after looking around the web for if Raul did anything to advertise the poll around that time. Very suspicious, but not impossible.
Click to expand...

There was no significant boost in his activites afaik. He tweeted like nothing happened. Even said himself that the results seem odd. I'm guessing he doesn't even have to do something with it, Amazon didn't want to have a noname violent fantasy book in 1st place.

Even if he pulled some magic voter numbers out of a hat it is pretty weird that it changes that much from one moment to the next.
Amazon DID say before that they found some type of manipulation (not proven, we definitely did not do it, don't know who else would) and would change something. But they changed it like 1 1/2 hour before the vote ended (and it went on for about 2 weeks). There was no chance we could recover from that.