Solatorobo: Red the Hunter - A review by Proverbial Jon 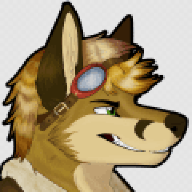 Overview
<url=http://en.wikipedia.org/wiki/Solatorobo:_Red_The_Hunter>Solatorobo: Red the Hunter is an RPG for the Nintendo DS originally released in Japan in October 2010. More recently it has seen a release in Europe and is due an upcoming release in September for the US. Solatorobo is set in the Shepherd Republic, a collection of floating islands inhabited by anthropomorphic dogs and cats. The game follows the exploits of Red Savarin who is known as a Hunter, a sort of mercenary type.

Solatorobo is billed as being the spiritual successor to game dev CyberConnect2's Playstation One title, <url=http://en.wikipedia.org/wiki/Tail_Concerto>Tail Concerto. Indeed, anyone who has played Tail Concerto will find a lot of Solatorobo?s content to be familiar and will probably already know if this game is for them or not.

Gameplay
I'm going to say it now to avoid repeating myself: Solatorobo is not a difficult game. Most of the game mechanics are quite basic and once you understand how they work you probably won't have much trouble mastering anything the game throws at you. Your home base is Red's airship Asmodeus and from there you can move freely between the various islands by way of a map. The map shows which islands offer quests and which location will advance the story. Quests can be picked up from the Quest Broker on the appropriate island and they provide players with short activities which can range from fighting mini-boss type enemies to simple fetch quests.

In the game world Red rides around on his custom robot Dahak which is also used for fighting. Red can dismount Dahak at any time and explore on foot but he is equipped only with a stun gun and cannot fight. Dahak can grab things, pick them up and throw them. This is the only battle mechanic available and the reason why Solatorobo seems so shallow on the surface. However as you progress, fiercer opponents will start to appear and although they provide little in the way of additional challenge, the differing tactics required to beat them helps to break up the combat. Upgrades for Dahak can be bought from the various vendors and used to increase any of four different stats which can make fights easier depending on which stats you choose.

Not only can Dahak fight, it can fly too. Flying comes in two flavours: the Robo GP and free flight. The Robo GP is basically a series of flying races around a linear track. Sadly, due to some awkward controls, this is by far the weakest element of the game. Luckily it is not a requirement to actually win these races. Free flight, however, is possibly one of the strongest elements of the game. During several quests, Red is transported to a fully navigable three dimensional area and given a specific task which involves flying freely between a series of much smaller islands. Dahak is much easier to control here and the sense of freedom is a welcome change.

Solatorobo goes for the quantity over quality approach by giving you many things to do but not expanding too much on any one area. Besides the quests and main story, players can collect pieces of photographs that have been scattered about the world by troublesome kittens, collect musical notes in order to buy music tracks later on and take part in robot arena battles. Some quests can be replayed in order to gain higher scores and sometimes earn further rewards. From Asmodeus you can gain access to the collectables you have earned, such as completed photographs, cutscenes and music.

Storyline/Narrative
The story is where this game shines brightest; not necessarily the plot itself but the characters and the world they inhabit. Red interacts with a whole host of interesting and unique characters on his travels and on more than a few occasions these often bizarre exchanges have caused me to laugh out loud. Red's relationship with his sister Chocolat is especially amusing and can lead to some rather humorous dialogue. Anyone who has played Tail Concerto might be thrilled to notice a few cameo appearances from some familiar faces.

Meanwhile, the main plot meanders along comfortably, seemingly unaware that the player is already about two steps ahead. The plot twists aren't huge and you'll probably already have an idea of what?s going on before each reveal. However, despite the rather unassuming plot, I didn?t find it affected my overall enjoyment of the game and I was perfectly content to watch how the characters dealt with their unfolding situation. Further descriptions of the world, its inhabitants and their cultures can be unlocked during play and viewed from Asmodeus.

Curiously the story (and therefore the game itself) is split in two. When the first half ends, players could be forgiven for believing that the game has ended altogether; there are credits and everything. By starting a new game, players can access the second half of the story which, although following on from some revelations in the first half, could still be considered a self contained story in its own right. Oddly enough, I found the second half to be more compelling than the first and it is also the point where a load of new and interesting gameplay features are introduced. As Yahtzee himself once said, "I don't normally accept 'It gets better later' as an excuse, but it really does get better later."


Graphics/Art Direction
Depending on how you look at it, Solatorobo is beautiful. Red inhabits a vast array of interesting environments which are a curious mixture of three dimensional areas with two dimensional elements. Each island has its own unique feel and there is a wealth of detail, with something to see in every background.

Static portraits of each character will appear on screen when they are speaking and the various reactions and facial expressions, especially from Red, are often a joy to behold. Occasionally the game will play an animated cutscene in order to progress the story, these little segues also encompass both 2D and 3D elements and are beautifully presented. It's just a shame there are not more of them.

The resolution is low and it's sometimes best not to look too closely for fear of putting your eye out on the sometimes pixelated edges. But ultimately it was Solatorobo?s charming style that held my attention, presenting an appealing game world which I was always eager to see more of.


Sound/Music
The official language of the Shepherd Republic is French; it says so in my little manual. Don't worry, the text is all in English! There is no real voice acting to speak of within the game but short audio clips are often played during specific events. For example when you initiate conversation with the Quest Broker, she will say Bonjoir in a cheerful manner. Each character has at least one audio cue and although I don?t speak French, it's enough to get a handle on their general character or disposition.

The sound effects are serviceable and about what you?d expect from a DS game. They neither irritate nor seem out of place so I can?t complain on that front. The music is typical RPG fare, a short theme for each location set to loop continuously. I found the music quite enjoyable and very fitting for the specific locations they were used in. Many of the themes remained in my head long after playing and I found myself humming them out loud on more than one occasion. Luckily for me they can all be listened to from Asmodeus.


Conclusion
If you approach this game looking for a worthy challenge or something cerebral to tax your brain, you may be disappointed. However if you enjoy anthropomorphic animals, fighting with robots or Japanese RPGs in general, then no doubt you?ll find something to like here. Solatorobo is a gentle game that moves slowly but surely and rewards dedicated players with simple yet enjoyable activities, vibrant characters and even more colourful backdrops. Based purely on its entertainment value, you could certainly do a lot worse than Solatorobo: Red the Hunter. If you got this far through the review then you are obviously interested in my opinion. So in that case... Buy it now, it's a one of a kind experience.

This is my first real review on the Escapist. How did I do? Sorry it's so long, I tend to get overly detailed when I'm talking about something I'm passionate about! 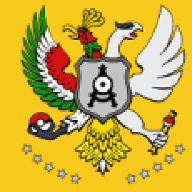 Very Nice Review... I'm going to tell others about this. I can't wait till the new game comes to my local Gamestop, Wish they made a PS3 Port.