Laggyteabag said:
The first one is a common tactic for stage demos. This is so that the gameplay doesn't get interrupted by death or anything like that. God mode is on for quite a lot of stage demos, actually.

The second one is apparently intentional just for the show floor. The zombies were made weaker so that the people who were playing the game at the event didn't die all that often.

Recently saw an interview where they even admitted to that. And i was probably a bit too harsh on initial impressions to be fair. Thinking about it, it's better they show us the flaws during development than pulling a Watchdogs or Colonial Marines by outright trickery. It is still in development anyway, they probably have a lot more optimizing to work on. In summary, this is a positive step towards E3 honesty.

And they lost me as soon as they showed zombies on screen.
Really tired of seeing those.

People are moaning about yet more zombies, but I'm really confused about how the PS4 can render that many zombies at once?
Or are the new consoles a lot more capable than I thought? 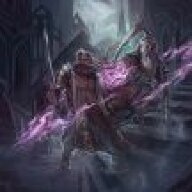 Casual Shinji said:
Ugh, bikers... Why'd have to be bikers?

Also, anybody else noticing how developers can't seem to get enough of the rural setting this gen?
Click to expand...

Not just bikers Harley looking bikers with no apparent mods. Those things aren't tools to independent wandering now. they are indulgent lucury fantasy devices. And knowing that just wrenches me out of the theme they are too overfeeding.
Show hidden low quality content
You must log in or register to reply here.
Share:
Facebook Twitter Reddit Pinterest Tumblr WhatsApp Email Link
Top Bottom