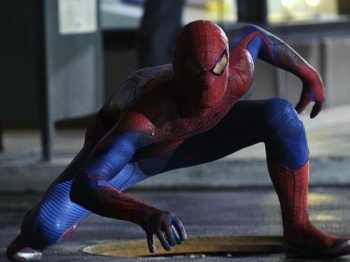 Sony's looking at the success of Disney's Marvel franchises and thinking 'yes, please!'

"We are expanding the Spider-Man'universe into The Sinister Six and Venom, so that we have Spider-Man movies every year," says Sony's Amy Pascal, co-chair of its Hollywood unit. Sony aims to imitate Disney's success with its Marvel franchise, which has benefited from yearly releases. No confirmed date has been announced for either the Venom or the Sinister Six film, but the idea is to have them all out in cinemas by June 2016.

Why? For the money, that's why. Sony's film unit has had a Q3 2013 [http://www.escapistmagazine.com/news/view/129193-Sony-Financials-Operating-Income-Sinks-By-51] we saw the consequences of mediocre releases: Captain Phillips and Cloudy With a Chance of Meatballs 2 were OK, but nothing when compared to The Amazing Spider-Man and Men in Black 3, out the previous year.

None of its planned a modest financial success [http://www.sony.net/SonyInfo/IR/financial/fr/13q3_supplement.pdf]; that one cost only $70 million to make, released on February 7th, made over 30% of its costs in its opening weekend and grossed $58.457 million as of February 24th.

Of course, Sony has one significant disadvantage. Disney owns Marvel; it can produce whatever it likes, based on whichever property it likes. Sony only has its hooks in Spider Man and a few related characters, limiting what it can do with the franchise. Hope you like Venom; you might be seeing a lot more of him than you bargained for.

Okay, I do like Venom (especially the most recent incarnation) but...

Sony, just give the reins back to Marvel already. Maybe cut a deal where you get some of the profits for whenever they use a Spiderman related property but just let Marvel Studios make the movies. Okay? Thanks. Now I can look forward to Avengers 3 including Spidey...

Oh, no wait, I can't. Because Sony will never do that.

Because of course there's no better way to make a single franchise popular than mechanically pumping out sequels year after year. I'm sure the quality won't suffer from that at all.

Thats not good, they all look at Marvel and rush there way to it instead of taking their time. Thats why Avengers did well because Disney/Marvel took there time. A Spiderman a year is total overkill and people will just get fed up with the character. DC are doing the same thing, rushing it through and turning the SvB movie into crap, i heard they are adding Cyborg to that movie.

Well, that simply means that eventually it will revert back to Marvel because they have a lot of trouble producing a good movie with comic characters. It's like random chance with them. I just hate to see the fans suffer because Sony is a bunch of greedy asshats.

Sony REALLY wants to hold onto this IP.

This "one new Spider-Man related movie a year" mentality is going to result in audience fatigue. I can't see how they'll be able to maintain a consistent quality film if they're pumping one out every summer. The CGI and effects in Amazing Spider-Man were really spotty. I can't imagine how the quality will be with an annual production setup.
T

I remember when Midway once claimed "Mortal Kombat every year"!

The result? The series went into quick decline, got overexposed, and practically imploded on itself in rushed, unpolished games until Midway went under, Warner Bros bought them up, and told them "guys, just take your time", and we got the best Mortal Kombat game, and one of the most robust and content-filled fighting games, in recent memory.

Yeah, Sony needs to lose this franchise quick... this might be a GOOD thing.

Unless they reboot it again. With Michael B. Jordan in the lead. 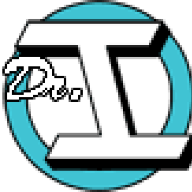 Well this will be fun to watch.

Think it'll be successful enough to hold on or do you think we'll be seeing another reboot in five years?

I like venom, can we have carnage as well? I like my bad guys off the wall lunitics and Carnage seems to fit that bill.

Why are things going to "one a year" model these days? Between this, AC and COD there will be too much of the same crap. It will just sacrifice innovation and quality for name recognition and milking a name dry.

I think indie games and indie films are just going to go from strength to strength.

Got to admire their optimism, not even Fox is doing that many X-Men movies.

Heres hoping they run themselves ragged and the Spiderman license returns to Marvel.

The_Darkness said:
Okay, I do like Venom (especially the most recent incarnation) but...

Sony, just give the reins back to Marvel already. Maybe cut a deal where you get some of the profits for whenever they use a Spiderman related property but just let Marvel Studios make the movies. Okay? Thanks. Now I can look forward to Avengers 3 including Spidey...

Oh, no wait, I can't. Because Sony will never do that.
Click to expand...

It's likely that Disney owned marvel studios would never agree to such a deal, if there was a deal on the table I'm fairly confident Sony would take it.

But what is in it for Marvel/Disney? The Avengers movies are going to make pretty much the same amount of money whether spidey is in it or not.

From their point of view:
A. They pay a significant amount of money to Sony for the rights to the franchise or
B. They give Sony a cut of the earnings when spidey is used in the Avengers
It's a huge risk because if the Avengers makes similar money without the use of spiderman (which it likely will) then in both instances marvel has just cut their own profits, basically putting them at a net loss compared to the scenario in which they didn't use spidey at all and left Sony to their own devices.

We would all like to see Spiderman at Marvel studios but it doesn't seem very practical from either companies stand point in relation to monetary gains.

So when they say they are making Sinister Six and Venom in to movies do they mean they will be part of a Spidey movie or will they be seperate? Maybe they could pull it off if they don't cram Spiderman in to every single film but I'm not really sure who else the hero could be. Unless we are supposed to root for Venom in an anti-hero way against something worse. I thought the reboot was kind of boring so I know I'm less interested in movies with him in, but maybe they will do well with other characters in that mini-Universe.
A

Spiderman has always been at his most interesting when being the small guy brushing shoulders with giants... and this is something he can't do while Sony controls the Spiderman IP.

Disney-Marvel know what they're doing. This entire thing is just another example as to how present trademark/copywrite/IP laws are ridiculous.

well, this is going to end badly. Sony is pretty desperate to keep its entertainment branches afloat, mostly because those are the only sectors that have been making profits.
T

Sony and company must be doing the Parker dance right now, with high fives all around. Meanwhile, everyone is is crying softly to the void.

Well this will end badly.
On the brightside, they cant do venom any worse than his previous movie introduction where he falls from space onto Spiderman's bike and forces him to dance and wear his hair funny. 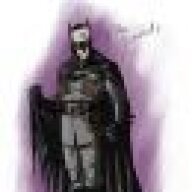 I'm sorry to disappoint you, Sony, but you can't make a yearly-film franchise out of ONE character. The reason why Disney is so succesful right now is because they've got a whole repertoire of heroes and villains to choose from while experimenting with different styles and genres.

You just can't do that with Spider-Man.
B

At what point did Sony become Warner Brothers? I mean, at this point Spiderman is the only thing they can do successfully (like Batman) so instead of trying to come up with something new, they just add Spidey to everything.