The first DLC for Horizon Zero Dawn has been announced at E3, and it's called The Frozen Wilds.

There's DLC content for Horizon Zero Dawn [http://www.escapistmagazine.com/videos/view/zero-punctuation/117015-Horizon-Zero-Dawn-Review] on the way, Sony announced at its E3 presser tonight. The announcement came in the form of a trailer, so there's not much information to go on except what's in there.


The Frozen Wilds DLC is slated to release later this year, but that's as specific as Sony has been so far. We may get more information when E3 formally kicks off tomorrow. 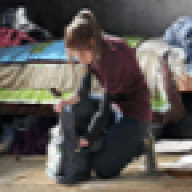