Sony to Create a "Universe" of Robin Hood Movies

Sony to Create a "Universe" of Robin Hood Movies 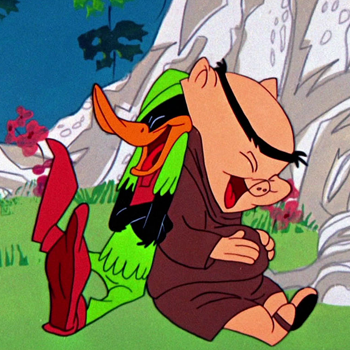 Hollywood's next big shared-universe could be centered on Sherwood Forest

Ever since the unprecedented pop-cultural impact of the should maybe hang out sometime. [http://www.escapistmagazine.com/tag/view/marvel%20cinematic%20universe]

Sony has been hoping to make it happen with mixed results. [http://www.hollywoodreporter.com/heat-vision/sony-talks-buy-high-priced-737944] But that's not stopping them from trying other venues: The studio is reportedly set to pay $1 million against $2 million for a pitch to create a new Marvel-style universe... based on the legend of Robin Hood.

The pitch (from Cory Goodman and Jeremy Lott) is for a new franchise called Hood, which would be comprised of multiple films centered on the vigilante archer of British folklore and also the individual adventures of his Merry Men (Friar Tuck, Little John, Will Scarlett, etc). Though not specified, an Avengers-style team-up of the characters could theoretically be part of either the lead-in or end-goal of the series. Goodman was previously the writer behind the upcoming Vin Diesel vehicle The Last Witch Hunter, and has also been charged with rebooting the Underworld franchise.

There has been no indication on what, if anything, the development focus on Hood means for Sony's other universe-building projects.

Seriously though I grew up with http://www.gutenberg.org/ebooks/10148 Men in Tights and Disney's version. And I still love them all. If this turned out to be good I'd be happy about it. But once you start calling medieval Britain "the Robin Hood universe" I start to become skeptical. 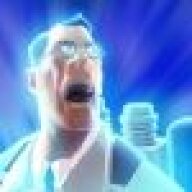 Can't wait for someone to comment that MovieBob is being unfair to the idea and that he's bringing his Spidered-Man bias into this.

OT: This is a fucking stupid idea. Sure, there's always a chance that this could be a decent potential series of flicks, but just as a concept this is just stupid. Why yes. Yet's all dive deep into the expansive lore of the rich Robin Hood universe.

Good grief, this is just a horrible, horrible idea. I dont understand how there are SO MANY horrible ideas. I mean...if you want a shared universe I'm pretty damn sure there are better sources to draw upon than Robin Hood :s

Also: Rebooting Underworld? GOD DAMNIT HOLLYWOOD! ARE THERE NO END TO YOUR SHITTY PLANS?! I gave up on underworld when the vampiresse protagonish almost died from drowning after crashing a car, and had to be saved by the human man sitting next to her. PATHETIC. Why would she need air again?

Underworld was always shit. It was a decent concept with horrible execution...just let it die.

tzimize said:
Underworld was always shit. It was a decent concept with horrible execution...just let it die.
Click to expand...

A concept that was completely stolen from White Wolf's "World of Darkness"[footnote]The universe where "Vampire the Masquerade" "Werewolf the Apocalypse" and other games and tie-in media take place.[/footnote] setting. To the point that White Wolf sued and got a settlement. The Classic World of Darkness is a much much more rich and nuanced universe than Underworld ever was by the way.

Really, yeah, I get the whole Universal Horror shared Universe, but this? Robin Hood is a British Folk Hero who is fondly remembered for his acts of theft and charity. Whilst a movie about him isn't bad, Making a big Universe based around him and presumably all other British Folk Lore just sounds insulting and fairly shite.

I can't wait for King Arthur III: The Return, or William Wallace Joan of Arc.

Also who wants a movie about the Merry Men without Robin Hood? It'd be like Star Trek without the Enterprise.
B

I am legitimately embarrassed for you, Hollywood. Legit embarrassed. Like, I feel a burning need to walk through my neighborhood, knocking on doors and apologizing for your stupidity.

This is stupid in more ways than one. Marvel ownsAvengers, but Robin Hood is public domain. How on earth could they stop anyone from just countering with their own movies based on the legend. Moreover, this could lead to an Arthurian series, as long as we are ripping off medieval English literature.

This needs to be stated clearly: Monty Python were by far the most qualified people to ever make an Arthurian film, and their was the only good one. No one, but no one else has ever done it correctly, and Hollywood would simply ruin that as well.


tzimize said:
Also: Rebooting Underworld? GOD DAMNIT HOLLYWOOD! ARE THERE NO END TO YOUR SHITTY PLANS?! I gave up on underworld when the vampiresse protagonish almost died from drowning after crashing a car, and had to be saved by the human man sitting next to her. PATHETIC. Why would she need air again?

Underworld was always shit. It was a decent concept with horrible execution...just let it die.
Click to expand...

No, there is no end and they will not stop. Not ever. 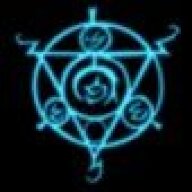 Shiftygiant said:
Also who wants a movie about the Merry Men without Robin Hood? It'd be like Star Trek without the Enterprise.
Click to expand...

Obligatory response of incredulity followed up by a snarky fake title. Also:

Wait, they're rebooting Underworld too?

I mean really. How do they possibly think they can make this work? Who do they think is going to go and see a Friar Tuck movie? It was hard enough to persuade people to see a Wolverine solo film and he's an incredibly popular character.

Maybe Sony should stick with one failure at a time eh? Or maybe they are hoping that if they make a lot of failures, that somehow the Well of Eternal Darkness with spread itself too thin and all their movies will be good again?

Is this actually going to happen? Wow, in the history of dumb ideas... this is pretty dumb. 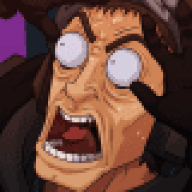 Why does everyone think it's a good idea to create a connected universe of movies like marvel did?

Just following the bandwagon, I suppose.

Yeah it's hard not to see this as a bit of a cash-grabbing exercise by jumping on the Avengers bandwagon.

Movies should be made when a writer or director has an inspiring idea that they believe will make a great film which they take to the publishers who decide wherever to run with it. Not the other way round, were the publishers have an idea of how to make money, and get the writers and directors to make the most profitable film for them. I think in those cases, generally you get a poorer quality film.

That said though, this could work and they could well turn out to be good films. The proof will be in the pudding, so to speak.
P

No, there is no end and they will not stop. Not ever.

Films based on books and plays have always been remade over and over again, the Will Smith 'I am legend' was the third time with the first and second only 7 years apart 1964 and 1971 respectively.

It's just with the internet and 24/7 TV it seems more noticeable as with the constant repeats you never have a chance to forget. 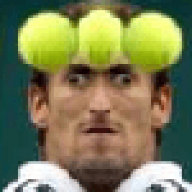 I'm legitimately curious... Has this "follow the leader" business model ever actually worked? I mean, if it has, why am I straining to think of even one example? And if it hasn't, why the hell are companies still doing this?

Unless they get Cary Elwes or Alan Rickman, I'm not interested in another retelling of Robin Hood. If they're gonna just give up and dig into public domain stories to make a movie universe, why don't they piggyback off of now popular characters that are public domain and just make some movies about Norse Mythology? You all know you want to see a movie about theRagnarok as a final end to movie 'verse, and if you don't you need to look up that term.

The least they should do is pick a fresher subject seeing as there was that lame Robin Hood movie less than 5 years ago and there have already been two different good ones in less than 25 years (ok, one was parodying the other but it worked). Greek Myth movies, and maybe also historical epics set in Classical Greece and Rome, shouldn't be touched either. Hollywood, there's other cultures and regions besides Europe to set you quasi-based-on-history dramas and mythological fantasy films.
D

Weresquirrel said:
I'm legitimately curious... Has this "follow the leader" business model ever actually worked? I mean, if it has, why am I straining to think of even one example? And if it hasn't, why the hell are companies still doing this?
Click to expand...

Yes, the whole comic book industry is based on that, then there is the first emergence of Superhero comics that copied Superman, then in the 60s when the Silver Age started, Marvel built its whole business model around bringing back superheroes after DC comics did.

The movie Alien was made because Star Wars proved that realistic looking sci-fie could be done, the Japanese giant monster movie genre started out because every studio was copying the first Godzilla.

Transformers started out because the Go-Bots had success. Then there is every single comic company that copied Marvel Comic's attention to continuity in establishing a shared universe for their characters.