South Africa has eleven official languages, of which English is just one, yet English is used in many of the country's schools for educational purposes. This creates a challenge for students that primarily speak one of the 10 other tongues. To help alleviate the issue, Microsoft is testing out the use of Kinect [http://www.amazon.com/Kinect-Sensor-Adventures-Xbox-360/dp/B002BSA298] at Lakeside Park Primary School in the Vryheid district of South Africa's KwaZulu-Natal province.

In the trial program, eight teachers have been trained to use the Xbox 360 with Kinect, along with games that involve English. From a video released, the games appear to be those such as Kinectimals [http://www.amazon.com/Dance-Central-Xbox-360/dp/B002I0HBOI/ref=sr_1_1?ie=UTF8&qid=1301069187&sr=8-1], rather than new types of purely educational software.

However, teachers are enthusiastic about the skills children have been acquiring from the games. "Shy learners, who take months to speak up in class in their mother tongue - let alone in English, were already shouting out to classmates to 'jump' and 'duck' with no inhibition," the school's deputy principal said.

Others involved with the program praise Kinect because of how it enables kids to naturally understand how to play. Lakeside's teachers say that kids using the device are having fun while learning literary skills and also getting used to technology. For kids from impoverished backgrounds, this is technology that might not be experienced otherwise.

Microsoft believes that interactive schooling is the "wave of the future," and allows for a form of equality in education. The program mirrors Sony's efforts [http://www.escapistmagazine.com/news/view/99289-Miyamoto-Focusing-on-Getting-DS-into-Schools] to put their consoles into schools as learning tools, so expect to see more and more gaming systems pop up in homeroom over the next decade.

And yeah, it's a pretty odd coincidence that the program is taking place in an area called KwaZulu-Natal, when Kinect's codename was Project Natal [http://www.escapistmagazine.com/news/view/100957-Natal-Expected-to-Stab-Gamers-in-the-Wallet-at-149].

lol im posting this from KZN...wtf i wish we had this when i was in school 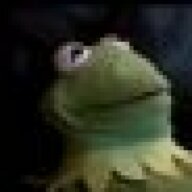 I love the fact kinect is doing more about advancing human endeavors than actually used as a gaming machine
Surgeons use it and now this, Microsoft is doing something good for once

ratman995 said:
I love the fact kinect is doing more about advancing human endeavors than actually used as a gaming machine
Surgeons use it and now this, Microsoft is doing something good for once
Click to expand...

Ninja'd, they might as well have released the thing regardless if it would be associated with the 360.

The cynic in me says that it's just "feel good" propaganda (I don't mean that in a negative tone, most advertisements in general are a form of propaganda), but of course the, you know, human in me can't help but smile at those kids dancing away.

It would be interesting to see what comes out of this educational system, as I can't really see how Dance Central or Kinectimals would help in learning English. A few words I guess, they are just children, but I do wonder how effective it would be in the long run.
Show hidden low quality content
You must log in or register to reply here.
Share:
Facebook Twitter Reddit Pinterest Tumblr WhatsApp Email Link
Top Bottom