Grasshopper, a space launch platform under development by SpaceX, successfully flew to a height of 131 feet (40 meters) and landed again, nearly eight times its previous test record of 5.4 meters. Grasshopper is a vertical takeoff and landing vehicle, and would be the first truly reusable space delivery system when completed. Prior spacecraft have always included sections which were permanently lost or damaged after use. Grasshopper would move to orbit, deploy its cargo, and then turn around. The rocket would boost back to earth before reorienting, deploying landing gear, and settling down. The rocket's hovering behavior is possible due to very close control of the throttle and a closed loop thrust vector.

A closed loop and throttle control system reads the outside conditions of the rocket, such as wind speed and direction, in order to maintain the rocket on a constant course while it is hovering.

This is pretty cool. I always thought the vertical landing idea was just some strange terrible sci fi thing. It makes perfect sense. No need to spend copious amounts of time and money as well as needing special equipment just to attach the space shuttle to vertical rockets.

Sounds horribly fuel inefficient. Not that I know anything about rocket science, but wouldn't the main cost be the fuel?

Certainly a step up from the space littering since the 60s but I would like to see the price difference from one of those to a booster pack for a shuttle.
R

i want one in Kerbal Space Program!

Rufus Shinra said:
i want one in Kerbal Space Program!
Click to expand...

Pfft. That thing has nothing on what KSP can do. 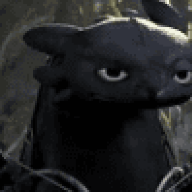 I'm just waiting for the day when this becomes a reality. 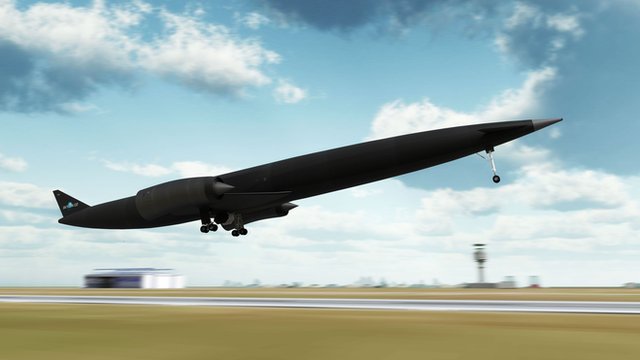 Any rocket is, but they save money by not needing to replace parts, and theres no recovery cost as large rockets need.

Now is the Falcon Nine the heavy payload rocket, or is it its own sub class of the rocket?
A

The fuel used is liquid oxygen and paraffin so the fuel isn't that expensive compared to cost of building the rocket. The problem is that the liquid rocket fuels have a higher risk of explosion than solid fuel. Once a solid fuel rocket has been cast its fairly simple thing to store and is of low risk of exploding. Liquid fuel rockets have much higher risks of exploding because of the increased volatility of the fuel and you can't keep them fuelled for extend periods of time. On the up side liquid fuels have higher energy content making a vertical landing possible.


Quaxar said:
Certainly a step up from the space littering since the 60s but I would like to see the price difference from one of those to a booster pack for a shuttle.
Click to expand...

The current grasshopper tests are proof concept rather than a production run. The theory is that a much larger future rocket could launch multiple satellites per launch and be ready to fly again within 24 hours. The booster pack for the shuttle was a solid fuel system which have higher manufacturing costs but are of less risk of exploding and are easier to store. I would have thought they have costed the project and from the those estimates they think they can make money. Part of the purpose of the current tests will be to validate those cost and find out in practice how fast they can turn around the launch vehicle.
A

Any rocket is, but they save money by not needing to replace parts, and theres no recovery cost as large rockets need.

Now is the Falcon Nine the heavy payload rocket, or is it its own sub class of the rocket?
Click to expand...

The Falcon 9 is designed to be dropped from an aircraft at high altitude with a small payload. The current grasshopper tests are being used to work up data for a future heavy payload rocket rather building towards the use of Falcon 9 as vertical take off and landing platform. 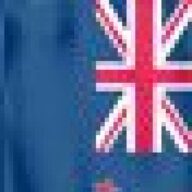 the high center of gravity must play absolute hell with landing, and you still have to have so much fuel to be able to not go splat when you touch down, i wonder if a combination of chutes and thrusters would work better?

Sounds like they need to use a drag chute and main chutes to slow it down first, as it is it seems like it would take far to much fuel to slow down to be efficient. Let the atmosphere do it I say.
W

also, i think since the rocket is self piloting and armed with tons of precision sensors, it is able to make tiny adjustments to increase efficiency significantly

I am so unbelievably happy to actually read news on developing more advanced forms of space flight. So happy that I'm going to suppress all of my natural nerd tendencies to mock, or criticize in some way. As should all of you.

You guys, this is awesome! Let's all keep our fingers crossed for more advancements.

That's one small step for spaceships, but one giant leap for man. Because no man can jump 40m.

This is to my knowledge the first instance of a VTOL rocket, but not a first for vertical landing in general. See the AV-8 Harrier and the F-35 Lightning.

Well the demonstration was very neat, but it still makes more sense to me to use that fuel for going up rather then coming down.
I

I think your article is a bit misleading... You make it sound like this will be a single stage going to orbit and back, in one go. That's just not gonna happen.

The Grasshopper's just a technology testing platform. And the reusable Falcon rocket is planned to have at least two stages, with the first one landing at the pad a few minutes after it's done its job, and the second stage returning before 24 hours have elapsed... At least, that's what Wikipedia tells me.

I'm pretty certain there's never been a single stage rocket go to orbit... It doesn't make sense to attempt to accelerate an entire launch vehicle to orbit, when you can drop stages as you go.

An interesting proof-of-concept for the vertical landing technology, but still a horribly impractical vehicle for space flight unless we develop a much more efficient propulsion system.

The current Falcon 9 [http://www.spacex.com/falcon9.php] has a medium payload capability even with 9 of those Merlin engines (compared to just one in the video), and a much larger fuel and oxidizer tank than the rocket in that demonstration.

The only way that vehicle would ever reach orbit even without a payload would be to boost it to the upper atmosphere with either a 1st stage rocket, or some kind of massive rail-gun technology, or something like that. Perhaps SpaceX is developing that other technology concurrently, but until they demonstrate it reliably I'm still going to be skeptical.
Show hidden low quality content
You must log in or register to reply here.
Share:
Facebook Twitter Reddit Pinterest Tumblr WhatsApp Email Link
Top Bottom