http://techgage.com/images/news/indigo_prophecy_logo.jpg
The one thing I find myself doing most often in "Games Monitor" is asking for something unique in gameplay. An idea that's been tampered with a little bit and could use a bit of fleshing out to really turn into something highly innovative in gaming. I even distinctly recall trying my hardest to find a demo disc with the demo for Soul Calibur III on it however many years ago. This disc also contained a demo for Indigo Prophecy, a title which piqued my curiosity and interest.

Sadly, I forgot about this demo and moved on with my life. Until I stumbled across a PC-copy of the game, and swiftly remembered about what I had hoped would be a game that tries something really new and interesting. The tutorial marketed it as an interactive movie, but I felt like I was getting closer to the concept of a game that was also a novel. I loved the idea, and I latched onto it immediately.

The beginning of the game was exactly what I was hoping for. An interesting mystery/thriller that had the player one step ahead of themselves as they play the detectives looking for the protagonist, as the protagonist needs to figure out what supernatural occurrence caused the murder in the first place. The plot can't help but twist and turn in the wind as we have to delve deeper into secrets and metaphysical whatsits in order to explain why these things are going on. Not usually the kind of plot I like, but I will willing to give it the benefit of the doubt.

http://techgage.com/reviews/gaming/atari/indigo_prophecy/ip_3.jpg
The problem is when the game pulls out the scene I like to refer to as the "Three-Cop Monte," where the dynamic of the game changes from semi-realistic thriller to action-movie explosion. The game's unique functions like the depression meter, multiple endings by the game's goings-on, and innovative story-telling elements suddenly lose all function as the narrative builds steam and crashes through the latter half of the narrative to a climactic finale with explosions, lasers, and Matrix-inspired fight scenes.

The problem with this is the game started itself out, and ran entirely on its narrative. Everything about the game was what it was because of the story, the style, the passage, and the multiple endings. It was a good game because it innovated how we look at stories, dialog, characters, and how all of that affects the game and ending, for better or worse. It was a game that had the potential to change the face of gaming for the long-haul, across an entire spectrum of genres.

The latter half made it more about the gameplay. The dialog became linear, just moving the player to the end of the game. It became about races against the clock rather than outwitting or outfoxing the circumstances. Suddenly, the game became something that it wasn't originally. A mystery novel turned into sci-fi action. I'm not going to say there's anything wrong with either, but the problem is it wasn't both. It was half of either, crammed together without transition.

There was potential there that went untapped. While the former had a lot of depth and creativity, offering up something that hasn't really been done in games before, the latter turned it into another action game with a control-scheme planned for another game. It took away what made the game interesting.

What's worse is there wasn't anything else to really save the game. The graphics aren't anything to write home about, and the soundtrack was ambient enough to bleed into the background for every scene without making much of an impression. The game really was riding on its innovation and story, and ended up changing into something that negated the whole purpose of the first half of the game.

I can't help but feel like there was potential metaphorically oozing from every possible corner of the game that wasn't nailed down, a potential that was squandered away on action scenes and climactic laser fights.

Recommendation: Rent it. It's cool to try, and see what really could've been. However, once you reach the "Three Cop Monte", then you've traveled into an sub-par action game with a control scheme made for a visual novel. 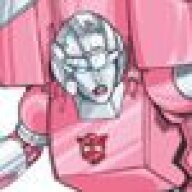 Ok, this is going to sound pretty harsh, but you could really use an editor. I can see where you're going with this, but your sentences are really clumsy and way too wordy; also, your first two paragraphs are just you talking about yourself. I like a review that has a distinct voice, but it's over 150 words before you properly start talking about the game.

My advice would be: keep your writing as simple as possible - in terms of vocabulary at least - read it back to yourself (out loud if possible) and always keep in mind what it is you're writing - this isn't really a review of Fahrenheit, it's an editorial piece about Fahrenheit. They're both fine, but don't confuse one with the other because they're totally different things.

NewClassic said:
but I will willing to give it the benefit of the doubt.
Click to expand...

Anyway, a good review (and one my own review agrees with.) I disagree at the point with which the narrative goes bad though: I would say it's about three-quarters through that the game takes a downturn. The Three Cop Monte isn't that bad: what occurs afterward is.

As you noted, the attempt to blend sci-fi and fantasy together was the final nail in the coffin... and both sides of it were waaaaaaaay too out there, even for their genres. It feels like two games were stuck together at the end, and the result is really poor.