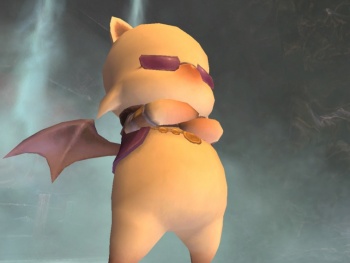 Members of the Final Fantasy XI community have raised complaints after rule-abiding subscribers were apparently banned for engaging in the most heinous of in-game crimes: gardening.

A thread on the Allakhazam forums [http://ffxi.allakhazam.com/forum.html?forum=10;mid=1246903361218971631;num=31;page=1] raised a red flag for members of the community, when one FFXI player found he was unable to log on. Upon contacting a representative, he found that his account had been banned for engaging in RMT activities - selling in-game money and objects for real-world cash.

The only problem was that the player hadn't been doing any such thing. The poster - and other FFXI members who also found themselves banned - had apparently fallen prey to automated tools developed for Square-Enix's Special Task Force (STF) to help them catch gold farmers and gold sellers. Gardening is used by many players in Final Fantasy XI to help earn money, since it is a profession with no level or skill requirement; the only limitation is that each individual character may only have ten flower pots at once.

To circumvent this, players would have alternate low-level characters (or "mules") with whom they would garden, sell the grown plants to NPCs for profit, and then forward all the money on to their main character. This cash flow apparently set off red flags in the automated STF tools, labeling gardening enthusiasts as potential gold farmers, and banning them accordingly.

Most of the bans will probably be overturned - if not, then there are more serious problems at play than automated software - but let this be a lesson to Square-Enix and other MMOG operators: Automated tools aren't always perfect. If they were perfect, then they would have already evolved into SkyNet and enslaved us all.

Broken Wings said:
And this is why you don't have automated banning.
Click to expand...

And let us hope they've learned their lesson, lest we all feel the might of the ban-hammer.
Click to expand...

I'm scared, my rose garden is right in my backyard! What am I going to do?

By god, that's a moronic system. Isn't it smart enough to notice that they also own the character whom the money is coming from?

I guess they were caught "green-handed". I'll stop with the puns now, blame doomsday arcade

they would have already evolved into SkyNet and enslaved us all.

Broken Wings said:
And this is why you don't have automated banning.
Click to expand...

You need living humanoids to analyze and ban the real perpetrators, not leave it to incompetently-written bullshit tools.

My first reaction was:
What the hell? 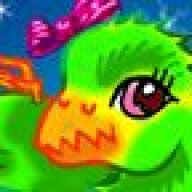 Ugh I garden, that concerns me.

The GM's are really slacking* and the gil sellers are really bold since I started playing again a couple weeks ago. They (Gil sellers) send a tell right in game and the GM's are too flooded to respond so they want you to use the POL out-of-game email system, which is asking a bit much. I'm playing their game for a fee, I'm not going to pay to alt-tab out, interrupt my gameplay (farming, party, whatever I'm doing) and be moderator for them too. I'm sure my merit party will be very understanding that we all have to leave the game to send an email to the GMs whenever we get some copy-paste of a gilseller ad from a stolen account.

I wonder how much transfer of money activates the system exactly? There is a 1 million cap on the mail gold system but if you are gardening for white ore that sells on the auction house for 140k a pop and you have several mules gardening, you can make your money all at once once the saplings "bloom" and that could trigger the system.

Its odd though because I though that was one of the ways you are "supposed" to earn money to get your high level items.

Im going to start a petition for some form of auto banning on the escapist. Im just working on the details now.

Did they honestly think a programme would be fool proof? 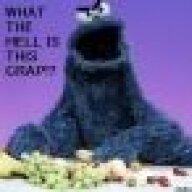 They got banned for the equivalent of WoW's idea of 'Make a low level engineer/blacksmith and train him up, get tons of cash and vasoom. U R RITCHZ' ?

Hang on, what does vasoom mean? Did I make that up?

messy said:
I guess they were caught "green-handed". I'll stop with the puns now, blame doomsday arcade
Click to expand...

Well, I think it's perfectly acceptable, it would be like having an MMO which allowed you to gain experience when you were logged off. 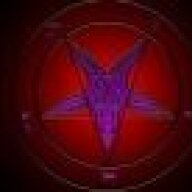 Why exactly should gardening be allowed, surely each character should be in effect a seperate 'game', and therefore should not be able to trade items? In a single player game you wouldn't expect to be able to trade items like this, why should it be any different here?
Show hidden low quality content
You must log in or register to reply here.
Share:
Facebook Twitter Reddit Pinterest Tumblr WhatsApp Email Link
Top Bottom