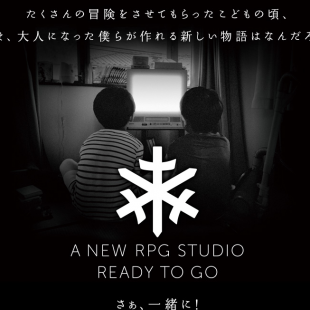 Square Enix has launched a new recruitment page aimed at forming the core team for "a new RPG studio."

Role-playing fans may recall a few months back when Final Fantasy-maker Square Enix would be <a href=http://www.escapistmagazine.com/news/view/133397-Square-Enix-Recommitting-to-JRPGs-After-Bravely-Defaults-Success>refocusing its efforts back toward making the sorts of games that made it famous in the first place: JRPGs. It was news that left many fans of the company eager to see exactly what the publisher intended to do. The answer, it would seem, is launch a whole new studio.

That at least, would seem to be the indication, of a recently discovered recruitment page launched by the company. The page, discovered by members of NeoGAF, is apparently aimed at hiring the core staff for a "A New RPG Studio Ready to Go." A translation provided by the thread's original poster indicated that the positions currently being filled include: Battle Director, Event Director, Lead Planner, Battle Planners, Lead Programmer, Programmers, Marketing Director, Technical Artists, Lead Effects Designer, Lead Animator, Lead 3DCG Character Design, Lead 3DCG Environment designer and Lead Menu Designer. The job postings are apparently also looking for individuals with experience using Unity.

While there's still no indication as to what this new studio will be making, the fact that <a href=http://www.escapistmagazine.com/tag/view/square%20enix>Square Enix actually seems to be making good on its promise to invest more in RPGs is something we can see gamers taking as good news, especially in the light of the company's recently expressed apprehension at investing in localization efforts to help bring <a href=http://www.escapistmagazine.com/news/view/137211-Square-Enix-May-Not-Release-Dragon-Quest-VII-3DS-in-North-American-Because-of-Localization-Costs>Dragon Quest VII's remakes west.

Hmm... I'm a little wary, but I overall think it's pretty great that SE is forming a new studio dedicated to RPGs.

You'd think they could just offer to bring back Monolith Soft. I mean, Monolith Soft walked out of Square Soft (after creating Xenogears and part of Final Fantasy 7) because Square Soft wouldn't let them pursue more old fashioned story-focused RPGs.

Monolith Soft is exactly what Square Enix needs these days. Plus then maybe we'd get away from this awful Nintendo-exclusive thing that Monolith Soft has going now.

And Man said:
Well I would hope an "RPG-centric studio" wouldn't be working on stuff like that
Click to expand...

I would hope that too, but 'RPG' is platform agnostic and Squeenix has a horrible record on anything RPG since the merger (barring the occasional 'oops, how did we accidentally publish that?' like Bravely Default).

This is pretty much a cross fingers and hope, but don't get too excited yet.
T

And Man said:
Well I would hope an "RPG-centric studio" wouldn't be working on stuff like that
Click to expand...

I would hope that too, but 'RPG' is platform agnostic and Squeenix has a horrible record on anything RPG since the merger (barring the occasional 'oops, how did we accidentally publish that?' like Bravely Default).

This is pretty much a cross fingers and hope, but don't get too excited yet.
Click to expand...

Yeah, fair point, although I'd say it wasn't until after Dragon Quest VIII that that started to happen (though that could just be because Level-5 was the developer for DQVIII). Also, that Bravely Default comment almost made be burst out laughing.

I wish I could be more happy about it, but I will wait until something new comes out from them. 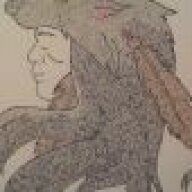 I'll remain reservedly optimistic. While this sounds like an amazing return to what I'd love to see, I'm going to maintain the belief that skepticism is best because lately things haven't been looking all that "up" for Squares track record. So, we'll see what we see.

Could you motherfuckers maybe get on with another Deus Ex game? Or since you own the IP now, perhaps remake/upgrade the fuck out of the original?

I thought they already had an RPG-centric portion of their business.

They called it Square Enix.

antigodoflife said:
It's like you're scientifically engineered to be everything that I disagree with. I don't like how irrationally angry this post made me. Now that I've calmed down I can finally ask... what did you do to me?
Click to expand...

I have done nothing to you. The fact that you even suggest that I have with my entirely pleasant post is quite insulting.

If you disagree with my opinion - good for you. Live with it. Or, perhaps, write your own post stating your own opinion rather than being passive aggressive. This is a discussion board, and comments that amount to "your post stating your love for Monolith Soft made me irrationally angry and that is somehow your fault" are not conducive to polite discussion.

Oh, and one last thing.

IF your post was a joke or sarcasm (ie, you actually agree with me and were trying to be funny) then I apologize for not picking up on your humor. It is for this reason - and this reason only - that you aren't going straight on my ignore list.

Good for them for doing a lot of hiring... but is this just going to be a fresh new studio using Square's name to sell JRPG's, or will there be some of the creative minds that brought us the cherished games of old Square attached to it?

Doesn't even have to be the old games... they were fine making JRPG's for the PS2, just when last gen came around they went and stuck all their heads up their asses devoting all their time and effort to FFXIII/XIV/Versus all at the same time that they barely released anything else. Used to be they could release a FF game every two years, along with several other titles alongside it. Why don't they pull their heads out of their asses and get back to that?

Bara_no_Hime said:
Monolith Soft is exactly what Square Enix needs these days. Plus then maybe we'd get away from this awful Nintendo-exclusive thing that Monolith Soft has going now.
Click to expand...

Well there's a little problem with that, Nintendo owns Monolith Soft 100%. They are first party, and I see Nintendo letting them go about as much as I see Sony releasing Naughty Dog out into the wild for anyone to pick up.

OT: I feel like this can be a good thing. A studio just working on plan old RPGs and JRPGs. I feel like Square Enix has been actively trying to at least improve themselves, unlike EA or Capcom who state they want to improve still does the same things or implore shittier practices. I'll play this by ear and see how it goes. I wish you luck Square Enix, and remember, we've not forgotten about that All the Bravest tripe yet. 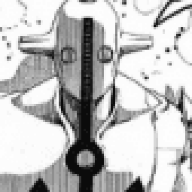 My guess would be more FF clones.

Neronium said:
Well there's a little problem with that, Nintendo owns Monolith Soft 100%. They are first party, and I see Nintendo letting them go about as much as I see Sony releasing Naughty Dog out into the wild for anyone to pick up.
Click to expand...

Ah. That explains things (like Xenoblade 2 being WiiU exclusive **shudder**).

Still though, I'm really talking about the lead talent. If Square Enix could somehow entice them back....

On the other hand, the whole reason Monolith Soft formed was because they were pissed off at Square, so... yeah, not going to happen. I can dream, though, of a world where Square Enix handed the creators of Xenogears, Xenosaga, and Xenoblade huge whopping piles of money to make more incredible games for systems I actually own.