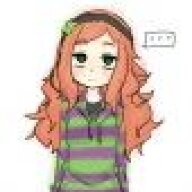 So the only reason this is called a Battlefront game is because its got a Star Wars skin and they can't get in suckers with Battlefield anymore?

It's rather depressing to be a fan of team/class/objective based first person shooters at the moment and it's been like that for some time. The last decent one was Enemy Territory Quake Wars (2007). Brink was a prospect that I had a great deal of hope for but it released half finished and therefore bombed.

There is TF2, but if like me you're not a fan of the visuals/style there really isn't any other alternatives.

Hearing that Battlefront won't have classes is a big deal breaker for me.

No, no, do tell us more about how your new game is going to be inferior compared to a 10-year old title. 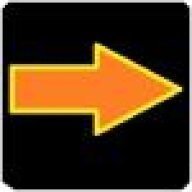 I can't wait to play as a variation of "a dude with an assault rifle" and "a dude with a sniper rifle". Because that's what having no classes a "free-form" loadout will lead to. Everything will have to be similar in power to every other weapon because everyone needs to be balanced and fair.

Yes, I know that Battlefront 2 had standard classes like Soldier, Sniper, and Engineer. But you what it also had? It had a bunch of weirdo unique classes for every faction that were incredibly different from all the other ones.

You could be a Clone Commander, who had a chaingun and buffed everyone around him.

You could be a MagnaGuard, who released POISON that did damage over time to everyone who wasn't a droid.

You could be a Bothan Spy who turned invisible.

You could be a Clone Jet Trooper or Dark Trooper, the only guys with a freakin' jet pack.

Or you could be Droideka, that rolling droid from the prequels that were basically invincible machine gun platforms with shields OR fast moving self-propelling wheels.

But I guess cutting those guys--the guys who provided occasional changes to regular gameplay with new mechanics and powerful abilities--is okay if we can build a guy who can hold TWO rifles and reloads slightly faster.

Jamieson 90 said:
It's rather depressing to be a fan of team/class/objective based first person shooters at the moment and it's been like that for some time. The last decent one was Enemy Territory Quake Wars (2007). Brink was a prospect that I had a great deal of hope for but it released half finished and therefore bombed.

There is TF2, but if like me you're not a fan of the visuals/style there really isn't any other alternatives.

Hearing that Battlefront won't have classes is a big deal breaker for me.
Click to expand...

Well, Nosgoth isn't FPS, it's TPS, but it's pretty damn good, so there's that. 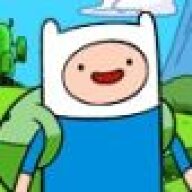 So it's gonna be a call of duty game with a star wars skin. Fuck you EA I'll pass.

Man, rather than building my anticipation for the new Battlefront, DICE seem intent on deflating it. No Conquest Mode, no Episode I-III content, no classes, no religion too... what's next the get "streamlined" out of the game?

It seems like every time EA/Dice says something new about this, it makes the beta-footage of the cancelled Battlefront 3 seem more and more tragic. A Star Wars game that doesn't even have battles among the stars is one thing but why even keep the Battlefront name if this isn't Battlefront anymore? I assumed that this game would be multiplayer/online only and was ready to pass this game on based on that alone but seeing what it's becoming, I don't even feel like I'm missing out anymore. Is it true that the AT-AT's are on a fixed track or was that debunked?

Look, DICE, just give us back our space battles and we're square.

You know, going back and playing the old game every time I hear news about this game is getting more depressing as the news comes forth. Seriously, there's a good reason that almost everyone likes the older game - it's a lot of fucking fun.

I'm now dead convinced that developers with old IPs simply cannot remake an older game. There's just something about adding in a bunch of stupid that they have to do before they can officially "remake" an older game, and it's getting to apeshit monkey nuts retarded levels.

Good god just take Battlrfront's 1 and 2, give them modern graphics and release that as an HD pack, and use the time that buys you to make a real game instead of Ctrl-Cing Battlefield 3 again.

RealRT said:
No, no, do tell us more about how your new game is going to be inferior compared to a 10-year old title.
Click to expand...

With all of the changes they keep announcing, it kind of makes me wonder why they don't just call it something else at this point. I'm not seeing a lot of battlefront anymore. I understand trying to make something new, but this is sounding like a repeat of the trainwreck that the thief remake turned out to be.

I was actually excited about this at one point, but it doesn't even sound fun to me now.

Technically this could still be a good game. You could use a broad character design to allow players to design custom characters with as much flavor as the classes of BF 1/2.

Also at least one of the battlefront games had unlockable weapons for every class. They shot different color lasers and everything. Unlocked Sniper was actually much worse....

That said, the game is going to be TERRIBLE. I'll even bet they find a way to make the AI dumber and the vehicles more unbalanced than the BF games, which will be impressive.

Yep, this might be a good game.
Just not a good Battlefront game.
Almost all of the aspects that made Battlefront stand out from other squad based shooters are being taken away. Next they'll say there won't be command posts, and there won't be a reinforcement pool.
I could deal without the prequel trilogy if it meant better maps for the classic worlds. I could deal without space battles with proper integration of spacecraft in the ground campaign. But no prequel maps, no space battles, and no classes combined just make me wonder why even buy this game.

Hell, the Battlefield style squads made sense with Battlefront 2 classes - you can have snipers, medics, engineers, a rifleman, and a special unit all in one group taking objectives. Every class had drawbacks and unfavorable match ups, which meant players relied on moving and working as a team, especially against other humans.
Replacing that with a buddy system would make more sense in Hardline, with the whole buddy cop ideal. Limiting people to only being able to interact personally with one teammate doesn't work as well in Battlefront. And telling people that they can share gear isn't a huge comfort if I play a rifle focused soldier to protect my sniper reliant ally. Neither of us would benefit from the other's preferred equipment.
Taking out classes just mean every soldier will be more homogeneous, and people will gravitate towards set builds that are deemed stronger - just look at how quickly BlopsII and MW2 loadouts started looking the same. A class system at least guarantees everyone will have a weakness, and encourage teamwork.

This two man, all weapons available system encourages commando style pairs ignoring team efforts. It might work in a tactical shooter like Rainbow Six, but not in a large scale battle that Battlefront is promoting itself as. 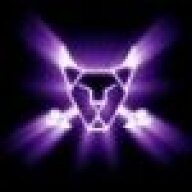 And losing the class system sucks hard, because it forces all options to be modularly balanced with each other, instead of allowing balance to be on the total package.

I... Honestly sometimes EA is just suicidaly tone deaf. I don't think this sounds like a bad game, and I don't think Battlefront 2 was all that good (lolwhatevenisclassbalance) but it should take about five seconds on the internet to realize that Battlefront is a beloved cult classic, and from that point it should really be clear that making a sequel is a terrible idea.
New fans wont give a damn about the name so you might as well have made a new IP and called it "inspired by" X old IP, and old fans are going to think the game is shit no matter what its actual level of quality is and throw a new fucking riot every time they find something is different from their beloved.
Thus in the end you have gained nothing and created yourself a new internet hate mob, great use of branding. *rolleyes*

See also Thief, a perfectly serviceable game, throughalry review bombed and mauled by fourmites (sometimes for really fucking stupid reasons) for the heresy of using an old name that it deviated from. And also Dungeon Keeper Mobile, a bad, paint by numbers cow clicker that would have faded into obscurity within days if called anything else, but instead gained such a frothing hate mob for its sacrilege that other games (COUGHwarfortheoverworldCOUGH) were given limitless mercy for being shit simply on the grounds that "yea well at least it's not that"

That said, really guys? "game wont have classes unlike Battlefield" "OMG GAME IS JUST LIKE BATTLEFIELD" Do you even read the article before you get angry?

Diablo1099 said:
Hey, at least EA were kind enough to tell us in advance that the game was going to be shit.
The more I heard, the more I think that this is someone in DICE saying "Don't bother, it's not worth it" without EA knowing.
Click to expand...

You speak words of truth my friend ... and that's a bad thing for those who were excited about this game.

OT: Dice, please. No seriously, stop ... . what are you doing? Dice, you're making this game more & more unwanted by the masses.
You're making Ubisoft look like saints dang it!! D:
Click to expand...

Ehhhh...At least they might be able to save some cash now instead of wasting money on something they don't like.
Besides, I doubt that DICE are calling the shots with this product, much like everyone else who works for EA. 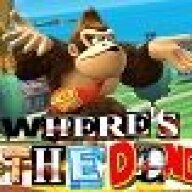 Why does everyone need to be Call of Duty or Battlefield?

How many CoD/BF clones still have people playing online? Very few, I'm guessing. The people who want those kinds of games are just going to stick to CoD/BF, and those who want something different are left feeling scorned and spiteful.

A game just isn't a game nowadays without a stupid level treadmill of unlockable bullshit, huh?

I'd rather buy an old xbox and play my old copy of Battlefront 2. It wasn't hard to get it right DICE.


Evil Smurf said:
No classes? It's going to be great to play a game set in communist future.
Click to expand...

I just need to post this for you. You deserve this.