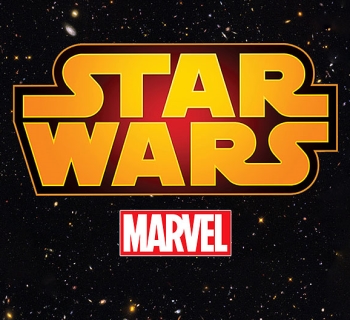 Marvel announces the first Star Wars Epic Collection, with the first volume reprinting Dark Horse issues about the rise of Darth Vader following the events of Episode III - Revenge of the Sith.

Marvel Comics announced today [http://marvel.com/news/comics/2014/8/28/23168/star_wars_legends_epic_collections_beginning_in_2015] the first in a series of trade paperbacks collecting complete stories from the Star Wars universe. The Star Wars Legends Epic Collection: The Empire assembles 18 issues by various writers and artists, previously published by Dark Horse, into a self-contained collection. The first volume includes stories set in the years following Star Wars: Episode III - Revenge of the Sith. The collection will go on sale in April 2015. Marvel has previously published Epic Collections for other titles, including Captain America, Avengers, Wolverine, and many other series.


David Gabriel, Marvel's Senior Vice President of Sale and Marketing, says, "We're thrilled to be bringing our innovative Epic Collections to a galaxy far, far away. We'll be bouncing around to different periods of Star Wars history with each Epic Collection, constructing one huge tapestry, collecting full unbroken runs of all the greatest Star Wars comics from the past 35 years."

Marvel announced in January that it would be Star Wars: Episode VII [http://www.escapistmagazine.com/news/view/131015-Star-Wars-Comics-Leaving-Dark-Horse-for-Marvel-in-2015 ] is due out December 18, 2015.

Nice idea in general grouping them by events but I'd still like full volumes of each series.

That is really neat. And I am thrilled that they aren't being simply abandoned to history never to see print again. I'm especially thrilled for that Marvel Omnibus of those old old stories that they wrote between the movies that aren't really cannon. There was some wild and wacky shit in those. (Now if only they could find ways to reprint Bill Mantlo's Rom Spaceknight and Micronauts.)