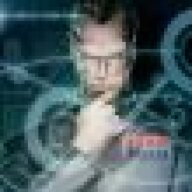 Hmm. Lots of ship types sounds interesting, I loved freelancer but always wished we had access to some of the bigger ships (though the mods that added them ranged from disappointing to entertaining but buggy). The fact some are large enough that you have to manage firing arcs is actually a really encouraging sign, a sort of tall ships in space that I might enjoy. A chance to play something where there's an advantage to giving foes the ol' broadside. And hey! lots of customization means lots of ways to build out a ship to your own preference, which is always a plus and a good way to add lots of variety to the gameplay.

The economy also sounds interesting, the static pricing in freelancer was somewhat silly to me and resulted in only a handful of really worthwhile trade runs. I much preferred the Darkstar One system where pricing was based on availability and (if I'm remembering right) the type of system, so you could run a really profitable free-flowing route without needing to bounce between the same two (although this was somewhat defeated by almost every system being roughly the same in Darkstar One, so you weren't really getting lots of different scenery along the way).

The likeness to the X series is a little disconcerting to me though, as I sank about 60 hours of gameplay into X3:TC before finally giving up on my little semi-automated space trucker and asteroid mining company because so much of the game had become micromanaging finances and effectively running a business that I never actually felt like I was able to fly for fun. It all became risk/profit calculations and felt more bureaucratic than I like to be in my off time. That, and I was still knocking around in the second fighter I'd captured because all my funds were getting sucked into my freighter fleet. So that comment about grinding credits has me wavering a bit, because there's a difference between scraping it together yourself with diamond runs between space Tokyo and space Germany and go-here-shoot-man missions, a la freelancer, and needing to buy a space business-suit as my experience in the X universe felt.

It does sound like it could be a winner once it's out of Early Access, though. I'll have to try to remember the name for the future.

I will be looking at this more closely when its out of early access. 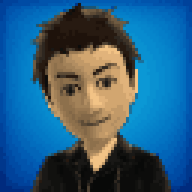 I don't really like Steam Access. A lot of pages are used to promote these games that are still in development. I wouldn't be against it, if it weren't for the fact you have to pay full price for incomplete games. If you could try the games for free though (like a demo) I would actually try some of these. Now you are paying to be an alpha/beta tester and that doesn't sit right with me.
That said, when this game is done I would really like to try it.
Show hidden low quality content
You must log in or register to reply here.
Share:
Facebook Twitter Reddit Pinterest Tumblr WhatsApp Email Link
Top Bottom