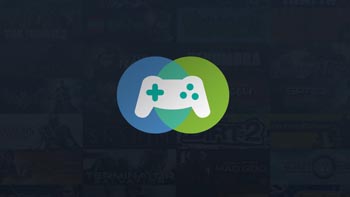 Users lending games through Steam's Family Sharing will go through a two-factor authorization process to ensure lenders know who is borrowing their games.

Steam's Family Sharing allows users to easily share game libraries and spread the love of great games without handing over a physical disc. Valve announced some changes to the program, which is still in beta, to give lenders more control and reduce the risk of VAC (Valve Anti-Cheat) or other bans that could occur from unknown users accessing shared games.

Users designated as lenders now must authorize both the machines and Steam accounts with which they will share games. Up to 10 Steam accounts on up to 10 machines may be authorized to share a user's library. Those 10 users can log into any of the authorized machines to access the lender's library. Users can still request access to a shared library through a request sent from any machine where the lender has installed games.

Previously, lenders only had to authorize which machines would be able to access their shared games. While the policy is more restrictive, it gives lenders control over who can play their games. This also better protects lender accounts from bans resulting from the actions of unauthorized users, as Steam's policy states, "Regardless of who was using your account at the time it was banned, the use and security of your Steam account is your responsibility." If a user given access to a lender's game library conducts cheating or fraud with that library, the lender account will have its Family Sharing privileges revoked [https://support.steampowered.com/kb_article.php?ref=3784-QLBM-5731] and may be VAC banned.

Family Sharing is in beta at the moment and began in September. For anyone interested in joining the beta, first join the Steam Community group [http://steamcommunity.com/groups/familysharing] and wait for an invite.

Although I'm sure there are people who will be happy about this, but honestly I'd rather have it be a choice: Share with these 10 computers or share with these 10 accounts. Admittedly, I might only feel this way because the games my family/friends play generally don't have VAC servers to get banned from in the first place, but adding another step is kinda annoying.

I do understand why they VAC ban the lender though - It prevents no-risk cheating by creating an expendable dummy account to cheat with and then replacing it whenever it gets VAC banned.

So now you took the single bare function you had and added 20 hurdles... GG.
Unless you make it easier and more functional then just sharing accounts the feature is useless, go back to the drawing board and don't come back until shit is done properly. 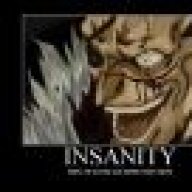 Mr.K. said:
So now you took the single bare function you had and added 20 hurdles... GG.
Unless you make it easier and more functional then just sharing accounts the feature is useless, go back to the drawing board and don't come back until shit is done properly.
Click to expand...

I'm not too worried about this, I just want to share with my wife anyway so I can setup anything from my house. I do agree some of these changes could be an issue but I think they will get fixed over time. This is the first time any system like this has ever been implemented. It's very reasonable that it will take time to find the right balance. Remember if you don't like this sign up for the beta and make your voice known. You can change the policy of a company.
Show hidden low quality content
You must log in or register to reply here.
Share:
Facebook Twitter Reddit Pinterest Tumblr WhatsApp Email Link
Top Bottom