"Several companies sent very nice replies saying they didn't send demo/free games and wishing me luck," said McConahy. The packages arrived just as he was starting to think the club would have to rely solely on his personal collection. In total, McConahy received 10 games, including Dominion, Revolution, and Race for the Galaxy.

McConahy describes his approach to soliciting games as an "email carpet bomb" deployed to every publisher he could find. "I started with publishers I knew of and contacted their customer service department via email," he said. "I made a form email explaining who I was, what I was looking for and why, then replaced the name of the company each time. Once I had contacted all the publishers I knew, I just did some Google searches and used a Wikipedia list of publishers to find more."

Founded in 1980, Steve Jackson Games publishes card games and tabletop RPGs, and is best known for its Munchkin card game and GURPS RPG. Board game publisher Rio Grande Games was founded in 1998, and some of its most popular games include Dominion and Race for the Galaxy. 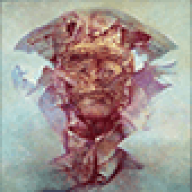