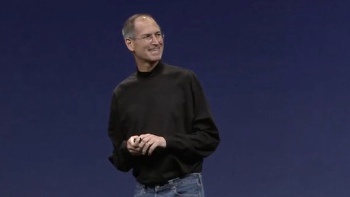 Despite having assured the public that his health problems were under control, the Apple CEO will be stepping away until June 2009.

It used to be that whenever you read about portable devices [http://en.wikipedia.org/wiki/Steve_Jobs]. In recent months, however, the health of the charismatic CEO has gobbled up the headlines as his dramatic loss in weight over the past few years has led to Jobs retreating from the public eye, and most recently, bowing out from hosting Apple's final keynote address at the 2009 Macworld Conference.

In a statement issued by Apple, it appears as though Jobs will be taking much more time to deal with his health problems as he has announced that he will taking a leave of absence [http://www.engadget.com/2009/01/14/steve-jobs-is-taking-a-leave-of-absence-from-apple-due-to-healt/] from the company, to which he intends to return in June 2009. In a letter to his team, Steve Jobs lays out the thoughts behind his dramatic decision, along with insight to his current condition.

"Unfortunately, the curiosity over my personal health continues to be a distraction not only for me and my family, but everyone else at Apple as well," reads the letter. "In addition, during the past week I have learned that my health-related issues are more complex than I originally thought."

In his place will be Apple's chief operating officer, pancreatic cancer [http://en.wikipedia.org/wiki/Timothy_D._Cook] surgery in 2004, which many believe to be the root of his condition. While Cook will again be placed in the position of temporary boss, Jobs notes in his letter that he still plans to remain involved in major decisions while on his leave.

It was only a few weeks ago that Steve Jobs issued Wall Street [http://www.escapistmagazine.com/news/view/88474-Steve-Jobs-Admits-To-Serious-Illness] has not taken kindly to this news, as Apple stock closed at $85.33 on the Nasdaq and has continued to slide down to $79.85 in extended trading hours.

I wish him the best of luck to a fast recovery.
C