No, we're not talking about the upcoming Chun-Li movie. The English version [http://www.gametrailers.com/player/44551.html] of the Street Fighter IV Story Trailer has popped up on the 'net, giving a little preview of what all the characters will sound like with their dub voices - and it's not nearly as cringe-inducing as you might have feared.

This particular trailer has been floating around the Internet for a little while now with the original Japanese audio, and as far as the content is concerned, it's no less awesome than it was when we first saw it. No one should be expecting a story worthy of Shakespeare here, but I have to admit that I'm really loving the anime-style cutscenes - they're reminiscent of the old Street Fighter II animated movie, which is certainly a good thing as far as I'm concerned.

As far as the voices... well, they're a mixed bunch, but on the whole the quality is surprisingly decent. I'm not a big fan of the voices for Akuma or Blanka, and Chun-Li sounds a bit too valley girl for my tastes (hey, maybe tying in to the movie?), but some of them actually work pretty well. I might just have to give masked lucha libre wrestler El Fuerte a try based on sound alone. 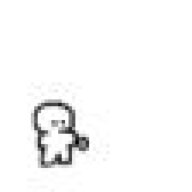 Was... was that George Takei as M.Bison?

I'm not sure if that's awesome, or omfgstupid.
All I know is that I'm still hoping that the US release has JP voiceacting as an option.

Cammy seems to be channeling Lara Croft. Although not as atrociously as Psylocke in the X-Men fighter.

I never really played the other Street Fighter games, but this game looks absolutely brilliant. I will definitely be picking it up when it is released (Feb. 14th in America right?).

I will admit that, in order to hold me over till SFIV, I did download Guilty Gear X2 Reload for the XBLA.

Love me a 2D fighter.

Hankage said:
It's a fighting game.

When has the 'story' ever mattered?
Click to expand...