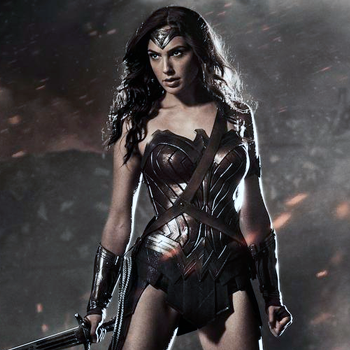 It's been almost two weeks since Warner Bros new origin [http://www.escapistmagazine.com/news/view/138059-DC-Announces-Wonder-Woman-Green-Lantern-6-Other-Films-Through-2020] may be.

We still don't know who is going to direct the feature, though. But according to recent reports the list of candidates can be narrowed somewhat dramatically: Warner Bros wants a female director.

It is still unclear what the film's story will be, or who will write it. Gal Gadot is playing the title character, who will have previously appeared in Batman V Superman and Justice League before her solo feature hits.

Sexist hiring practices will fix the problems with sexism in the industry, right... Right?...

I'm still not cool with hiring people because of gender. But I guess all the roles in films and the entertainment industry in general are cast that way so it doesn't make any difference for the staff too. But it still sounds discriminatory when we're talking about a support role. Remember when equality was the ideal rather than preferential treatment?

I almost get the feeling WB are INTENTIONALLY trying to fuck-over any chances this movie has of being good.

A minuscule proportion of directors are female. What is to be gained by severely cutting-down the available pool of directing talent/experience/etc by so much?

Step aboard the DCCU! There are no brakes and no seatbelts! Sign on the dotted line and good luck because we're about to ride this until it busts!

Why do I think of Bayonetta when I read this? Hiring a female director in a desperate attempt to re-brand sexism as 'ironic' or 'empowering' sexualization is just that; desperate

No, its okay girls, Wonder Woman is breathtaking beautiful with flawlessly smooth skin and hair ALL THE TIME and wears a short skirt with a thong, but its all okay because a woman was hired to direct! See, its not sexist, its empowering! 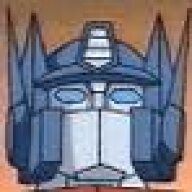 And once DC screws this movie up, Marvel will swoop in with a Black Widow film (pitting Natasha against Yelena Belova), and it will be amazing. It likely won't lead to a sustainable franchise, but it'll be the better film.

Dont know what they think a female director will add. Wouldnt a female script writer be better? Personally i dont give a shit about the director, just get someone who is the best fit for the job instead of gaining PC points. Looking at directors the guy that did Salt was good and Angelina Jolie was awesome in it.

Aaron Sylvester said:
I almost get the feeling WB are INTENTIONALLY trying to fuck-over any chances this movie has of being good.

An minuscule proportion of directors are female. What is to be gained by severely cutting-down the available pool of directing talent/experience/etc by so much?
Click to expand...

Maybe sending a message that the film industry needs to diversify itself? At the very least it's a bold move in an industry that severely needs to branch out

Yeah, not thrilled by this. I don't think that a man should definitely helm it, just that specifically targeting women may overlook someone who is more inclined to give this the respect it deserves.
N

Gender politics aside, I haven't seen Zero Dark Thirty of Hurt Locker - could someone who has please comment on whether Kathryn Bigelow would be a good choice here?
T

Nghtgnt said:
Gender politics aside, I haven't seen Zero Dark Thirty of Hurt Locker - could someone who has please comment on whether Kathryn Bigelow would be a good choice here?
Click to expand...

Sure. She's a very solid director. Not sure if it's something she'd even be interested in though.

I've learned to stop making assumptions after The Winter Soldier blew me away... directed by the talent behind You, Me, and Dupree.

Find the right people for the job, regardless of gender.

From those options, I'd pick Hardwicke. For Twilight to succeed as an adaptation, it needed to fail as a stand-alone work, so I don't blame that on the director. I liked Red Riding Hood, and Wonder Woman needs to be campy to be fun, so put this one in Hardwicke's hands.

Nghtgnt said:
Gender politics aside, I haven't seen Zero Dark Thirty of Hurt Locker - could someone who has please comment on whether Kathryn Bigelow would be a good choice here?
Click to expand...

I know she was married to James Cameron at one point, so she has my sympathies. She's supposed to be an extremely accomplished film maker, and both of those films were nominated for academy awards. There was some controversy with her last film though, since she seemed to justify torture as a legitimate way to gather information, and claimed that water boarding helped lead to the capture of Ben laden. Both are untrue, of course. Politics aside, she seems quite talented. I don't think she would want to do a super hero movie, though. She seems to be a high brow film maker. If she did do it, I suppose she could do for Wonder Woman what Nolan did for batman.

Well that would be a nice sentiment and all but couldn't you just find the best director you can? sure, be cool if it was a female but just go with a good director please.

As someone who finds the marvel universe rather boring I'd like to be able to enjoy one of the big cinematic universes in superheros.

Hiring a woman to direct seems pretty much the most right, most character savvy thing that the DCCU has done. Wonder Woman was created to be an inspirational figure for girls in the way Superman was for boys. The fact is, while we all like to think of Hollywood as a bastion of leftist hippy liberalism, that's mostly in front of the camera not behind it. The business side is a giant sausage-fest boys club, like most other businesses. Very few women ever get the opportunity to direct films for the major studios and the only way to change that is to give them more of a chance. Only one woman has ever won a director Academy Award, in 2009 after 80 years! Frankly, it's nice to see Warner Bros. do right by Wonder Woman on this instead of handing another major film to another dude.

All those crying "sexism" can go watch Green Lantern, Catwoman and Batman and Robin and see what destruction and misery the "best man for the job" has wrought in the director's chair!
M

I understand the reasoning, trying to find a director who is a woman so that they don't end up with a movie that will be shown to masses of little boys and girls that stars the hero in borderline pornographic moments. That being said, there are directors who can do the character justice without succumbing to such common antics of needless sexualizing when they're a woman. Its just unfortunate that one of the best in doing so is currently writing and directing the film series directly competing with Warner Bros. Hardwicke sounds good for the role, but the studio wants it to end up being a grimdark movie like Man Of Steel - fingers crossed. While she has been extremely solid, I don't know how Bigelow would handle a superhero flick, but since her two films were pretty damn dark, the its not a surprise that she's in the running.

You'd think they'd want a big fan of the source material to ensure the best outcome.

But who am I kidding, hollywood doesn't care about director passion, that's why they hired Bay to direct so many movies despite hating the subject.

The costume is too grimdark and makes her look like Xena anyway.

Kathryn Bigelow would be great. Julie Taymor would be... interesting. (I quite enjoyed Titus, but her association with the Spider-Man musical would draw eyebrows, perhaps with reason.)

As for the others...? That's not a promising list of résumés. I think they'd be better served by a solid female screenwriter (or, this being a wannabe-blockbuster and Hollywood and all, perhaps inevitably a number of female screenwriters) and a director who's solid on the ins and outs of action direction than insisting on a female director.

That is, of course, assuming that they're actually looking for a strong female voice and not merely performing a shallow, editorial-pleasing PR maneuver.
M