Wow. Already a 16[sup]th[/sup] Need for Speed game? Time goes really fast. It seemed that it was only yesterday that i was playing NFS 2 Special Edition split-screen with my big bro. Good times.... Moving on! 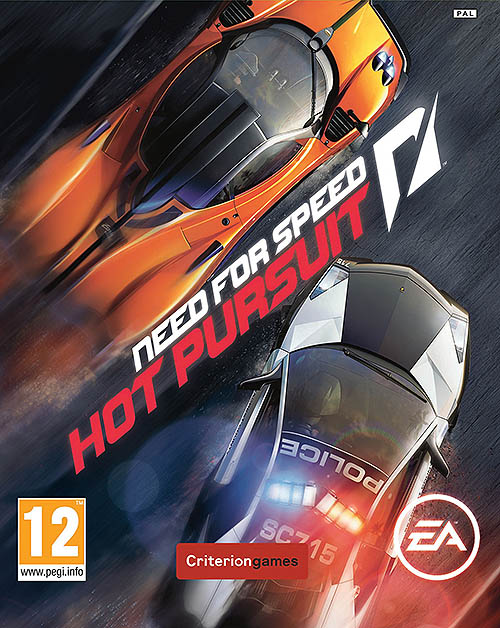 Let's see: According to this game's official release, it strips down to the game's essential parts which feature high quality racing and police chases and chasing. Know what? They don't disappoint.[footnote]I should warn that i will be using Most Wanted as a prime example[/footnote]


It has a gorgeous city, Seacrest County, which translates to an expansive map. Race from snow-capped mountains to desert paved roads. The scenery is very beautiful and you might as well watch it all day. I was tempted to anyway. I said expansive map. And i mean it. This is, approximately, 4 times larger than Criterion Games Burnout Paradise. That means, that you get to travel miles of open road and winding tunnels. And roads. And tunnels. Did i mention the shortcuts? Of course not. Well they are definitely there. But be careful! Some are actually shortcuts while others, although few in number, are used to escape the police OR to catch the illegal racers. Depends on your preference i guess.

The selection of cars is amazing. Not your Gran Turismo selection mind you. No. Only 66 cars. But they look sooooo good that you won't even mind that! But the real treat is to play the cop versions of the cars. [footnote]They just look so... sexy. :X[/footnote]

The game works on a points system. The more points you earn, the higher the ranking. Both classes, Racer and Cop, have 20 ranks. With the top Racer rank being 'Most Wanted' and the top Cop rank being 'Ultimate Enforcer'. Not only the points act as your bounty but they also are used to upgrade equipment and get new cars. Did i just say use? Sorry. The rewards are handed to you the moment you reach a specific bounty target.

As mentioned, it's a treat to play the cops. The adrenaline rush of chasing racers is just very fun. And it's very satisfying when you manage to bust a racer. Or shut down a race. Yeah. Shutting down a race is much more fun than busting one racer. This is, not to say, that it's not fun to play the racers. It has its own classical taste and is very pleasurable.

Let's cut to the chase shall we? It's Hot Pursuit right? So the question is how good are the police chases? Answer? Not that good. Sad really. Maybe it's because i have played Most Wanted. 'Cause you see, if you compare Most Wanted's chase scenes and Hot Pursuit's Chase scenes, you will most assuredly note that MW's chases are a lot harder to do. But the game does make up for it by introducing sweet 'weapons' to the cars on both sides of the law.

For the racers you have: Spike-Strip, EMP, Jammer and Turbo.

For the cops you have: Spike-Strip, EMP, Road-block and helicopter.

So, which is better? Which side has the advantage? Well. Both of them are evenly matched. See, in Most Wanted, you had to rely on weak structures to deter your opponents and coppers. But in this game, you are granted the power of doing some serious car-tastic damage. All 'weapons' are helpful from the very beginning they are introduced. All except the Coptor. Disappointing as it is, there is really no need to use the coptor as the road-blocks, spike-strips and EMPs do a fairly good job at keeping law and order. It does come in handy later after it gets upgraded by your hard-earned bounty points. Then the fun begins. The turbo however, it's just wow. Very very awesome to use. It's like NO[sub]2[/sub] on high. Very useful for quick getaways after a crash or to quickly get in the lead. Shame it's limited. But fear not as you always have NO[sub]2[/sub]! As long as you don't crash. Which ,thankfully, has small chance of happening. Otherwise we would have had another Burnout Paradise in our hands.

The game introduces a new system called Autolog. It's like Facebook of NFS. You login, drag a couple of friends and start racing. After a while, the speed-board will begin to fill up with the time you friends took to complete each race and what you have to do to beat them. Very thrilling and gives a competitive edge. It's nice except it's also useless. On the Pc anyway. On the XBox 360, you have XLive. On the PS3, you have PSN. On the PC, you have the equivalent Steam. So it makes you wonder why EA simply couldn't integrate Steam into the game. Plus Autolog is glitchy so that's the negative aspect of the social service.

One thing I miss dearly is the customization. Sure the cars look very nice on their own but simply choosing a paint colour isn't exactly enthralling. A few more options would have been nice for the soul.

A very much-needed addition to series which goes to the core of the gameplay and brings out new, fun innovations. The police chases are as fun as ever and the 'weapons' add a strategic element to the racing. Definitely recommended.

Sadl I am not that much into race games overall, but a nice review anyway.

I was able to pick up this game for $20 and I haven't regretted my purchase at all. To me, this best arcade racer since Midnight Club 2, which is 7 years old. 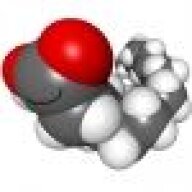 Apparently, not many people share my frustration and disappointment with this game.

psivamp said:
Apparently, not many people share my frustration and disappointment with this game.
Click to expand...

Oh? What parts of the game frustrated you dare I ask?

psivamp said:
Apparently, not many people share my frustration and disappointment with this game.
Click to expand...

Oh? What parts of the game frustrated you dare I ask?
Click to expand...

The following is are my opinions, you are free to disagree:
-Compared to Most Wanted the chases seem dull and not nearly as varied. There's also no free-roam chases. I liked Most Wanted's chases, a lot. Let me smash through roadblocks instead of cutting to a crash sequence.
-The cut-away sequences for weapons hits and crashes are a little jarring. The satisfaction of seeing an opponent flip over is frequently ruined by regaining control to the sight of an unavoidable crash.
-The map doesn't show you your route, so you have to wait until you crest the hill to see which way you're supposed to turn in less than a second. This one is just ridiculous. If you're not in free-roam or Interceptor there is one path and that should be obviously highlighted on your map so you can plan accordingly.
-There's no big map screen in free-roam. Most Wanted had it and it was awesome. You can't even plan a drive in this one because there's no map.
-There's no way to smoothly transition from free-roam to events. Basically, free-roam is a completely separate and unscored game with no objectives -- Most Wanted, Carbon and Undercover worked better with the ability to travel to events or teleport.
-The AI will dust you on a straight-away in inferior cars.
-They removed all of the options in favor of having a standard difficulty for a social networking competition gimmick. The game rides on the frustration side of the boring-fun-frustrating challenge curve for me.
-The social networking gimmick. If you have a friend who is just worlds better than you at racing games, you get less XP per race. That sucks. I suppose if you were of similar skill levels with a bunch of people you could go back and forth, but that's not my experience with it.
-There's no customization, and no real way to see the stats on a car. You only have 3 numbers to gauge a car's value on: top speed, 0-60 time and peak HP. I feel like they dropped the ball on the whole "car porn" aspect. There's no attachment to any of the cars.

I'm not great at racing games. But I enjoyed the first Hot Pursuit, Most Wanted and Undercover. Carbon and Pro Street were meh -- but at least in those you felt like the cars were yours and distinct. I'll probably return this and see if I can find a copy of Most Wanted to run through again.

You're right. I already pointed out the car chases and the lack of the customization mechanic. It does have a free roam. Just not there in front. The maps are fantastic though.