Yes. I'm actually going to review a game which has been dubbed by many Escapees as the 'Fail of the Year'[footnote]If you aren't one of them then good for you. X3[/footnote] and proclaimed by the Editor-in-Chief of the Escapist, Russ Pitts [http://www.escapistmagazine.com/profiles/view/Russ%20Pitts] as one of his favourite game this year!

So without further ado,

This game is, in my un-professional opinion, unfairly subjected to the title 'Fail of the Year'. I'll tell you why.

You see, it's one of those games whose story i can't tell you 'cause that just spoils it. And believe me, if I do tell you what happens even in the most insignificant point, you will want to draw blood. My blood. The game is too riddled with twists for me to try and summarize it for you in a nice, quick way. But I will tell you that it continues from where Double Agent left off and Sam Fisher, our protagonist, is now officially retired from his agency, The Third Echelon. The rest of the story plays out like well-oiled clock work and I admire Ubisoft for this approach.

The gameplay mechanics of the game are not bad though. You have the, now obligatory, hide-behind-something mechanic and if you successfully manage to kill a thug without using a firearm[footnote]i.e. a melee kill.[/footnote] then you earn yourself a auto-kill. It's basically targeting a specific number of enemies, at the start it's two but at the end its 4 and then letting Sam do the professional killing. It's fast and it saves a lot of ammo. In this installment, Sam goes Altair/Ezio on us by climbing walls really fast, climbing pipes with ease and assassinating everyone like Altair/Ezio. Yes,Ubisoft, we get it. Assassins Creed II was a great game but that doesn't mean that you import all of the acrobatic mechanics from that game!

The game also employs the 'Last-seen-but-not-heard' mechanic. Basically, if a guard spots you, a white silhouette of Sam which indicates where your last known position was. This gives you a chance to run in the opposite direction and find a safe place to hide from the big guns. A very well-made mechanic which provides a strategic experience.

Speaking of which, let's us admire the guns! Ah the guns! All of them are so beautifully done and most of them are so pointless. Yeah. You see, the game cheats in your favour by giving you unlimited ammo for whichever handgun you're holding at the time. So might as well use that, because the other, bigger guns can be used for a quick kill kind of thing but it's pointless b/c then all the guards are alerted and then you face legion of mindless AI dudes who have an accuracy of a military grade missile. So, stick to shadows is my recommendation to you! If, however, you are discovered, use flash grenades. Lots of them.

Speaking of which, you also get to interrogate your enemies. Well not your run-of-the-mill baddies but the 'bosses' of the level. And it's satisfying to see these guys quiver in terror as they are interrogated by Sammy boy. The game builds on this by allowing you to use the environment to your advantage. Say for example, Sam nabs a suspect in a bathroom. You can use the bathroom as a torture room! E.g. I can bang his into the toilet; I make him crash into the mirrors. I can break the sinks via his face and doors are broken. It's quite intimidating. But that's where the fun ends. Unfortunately. Apart from these small segments of interrogation fun, but otherwise its level after level of killing mercenaries. Not a bad thing. As the levels are very well designed. So, it's fun to go all Batman on them.

There are no puzzles in this game. Which is a good thing. That way the game flows smoothly. It's really satisfying when you kill all of the thugs. Who, by the way, are really dumb. They are really easy to beat. It's just the sheer number of them in a room which will foil you.

The voice-acting is well done. But they could have done a better job with Sam. He sounds like he has a bad cold/throat. Otherwise everyone sounds as they should. And they really are lively. This breathes life into the game. [footnote]Props to DanielBrown [http://www.escapistmagazine.com/profiles/view/DanielBrown] for pointing it out![/footnote]

It's a good game. And it definitely doesn't deserve the 'Fail of the Year' title everyone's giving it. Highly recommended! 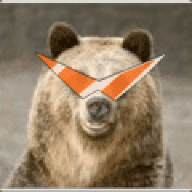 I loved this game aswell, sneaking around snapping necks and then clear a room by exceuting the lot, ofc some times I cleared a whole room without executing, just as fun to sneak around and ambush them.

Climb over their heads and fall down to kill = awesome.

But ye, bit weird that the handgun had unlimited ammo and it was silenced, finish of guards easy and the other guards wouldn't hear you. But if you saved some cash and upgraded a rifle or any of the other weps it would be pointless since it wasn't silenced and spoil your ambush and hiding place pretty fast =/ 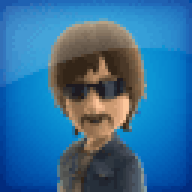 I had fun playing Conviction.


Unlimited handgun with a silencer kinda ruined it... 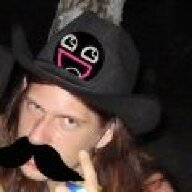 I recently bought the game and I've had fun with it. The only thing that really bugs me is Sam Fishers voice. It's an awesome voice, but I don't think it fits with his appearence.
Didn't play that much before I moved on to another game however.

Also, the "Where's the toilet?!!!"-picture really made me laugh.

DanielBrown said:
I recently bought the game and I've had fun with it. The only thing that really bugs me is Sam Fishers voice. It's an awesome voice, but I don't think it fits with his appearance.
Click to expand...

Thanks for pointing out! Review Updated!

It's a good game...but not a good SPLINTER CELL game. That's the crucial difference.

kman123 said:
It's a good game...but not a good SPLINTER CELL game. That's the crucial difference.
Click to expand...