Get a look at exactly how Super Mario Run will work with this in-depth video explanation.

Super Mario Run [http://www.escapistmagazine.com/news/view/168831-Price-and-Release-Date-Revealed-for-Super-Mario-Run#&gid=gallery_6621&pid=1], Nintendo's first mobile Mario game, is coming on December 15. While we kind of understand the gist of it (Mario runs), we don't really know exactly how the game will play. Well Nintiendo hast just posted an in-depth tutorial of sorts for the game, explaining exactly how it plays, how to play it, and some of its cooler features. Check it out to the right.

Nintendo describes Super Mario Run as "The Mario game you can play with one hand!" In the game, Mario constantly runs from the left side of the screen to the right, and players simply have to tap the screen to make him jump. Think Flappy Bird. Other than that, it looks like your standard Mario fare. You'll jump on Goombas, collect coins, and go down pipes.

The video also explained some of the more advanced features of the game, such as "challenge coins" - five coins hidden in hard-to-reach places in a course that players can collect for an additional challenge, and "Toad rally" - the game's "multiplayer" mode where you can challenge a friend to play a course simultaneously, with the player who collects the most coins being crowned the winner.

The game will also feature a collection mini-game "Kingdom Builder". In Kingdom Builder you'll be able to spend all of your collected coins on objects to place in your very own mushroom kingdom. Specific buildings unlock bonus games, and others will even unlock new playable characters like Luigi and Yoshi.

Super Mario Run launches on December 15 for most mobile devices, and will be free-to-play, with an optional $9.99 purchase to unlock all additional content. 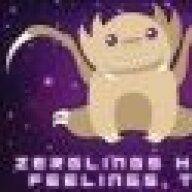 Super Mario Run launches on December 15 for iPhone and iPad with no date available for Android, and will be free-to-play, with an optional $9.99 purchase to unlock all additional content.

I fixed that line for you.

they're really, terrible, perhaps too excited about "with one hand"