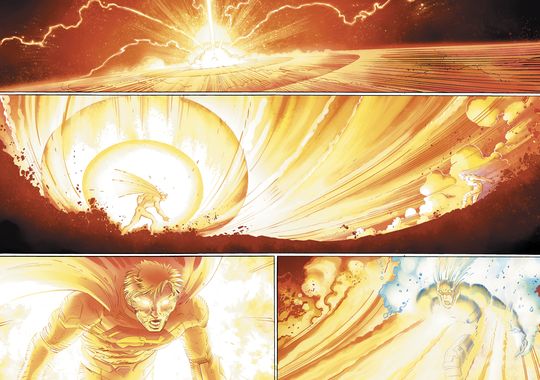 Issue 38 of Superman will close the book's current story arc and debut a "dangerous" new power that will have "consequences" for the Man of Steel going forward.

Update: DC has revealed that Superman's new power <a href=http://www.ign.com/articles/2015/02/03/dc-comics-reveals-the-name-of-supermans-new-power?utm_campaign=fbposts&utm_source=facebook>will be called "Super Flare." While the publisher still hasn't confirmed exactly what it will be, the "flare" portion of the name could definitely point to it being similar to a solar flare. This makes even more sense when you consider that Superman's powers are powered by solar radiation.

"It's definitely the most destructive power Superman has. And he's not exactly excited about it because it is so dangerous and there are consequences," said Johns. "It's not going to be suddenly he can levitate things. It's something that is going to be very unstable and something that Superman's going to have to deal with for quite a while." The new ability, showcased in a piece of preview art, appears to involve Superman emitting an explosive force that's so powerful it can be seen from outer space.

The power in question will surface during the character's climactic battle with Ulysses, a new opponent that debuted during the current arc. The other man in The Men of Tomorrow, Ulysses has been portrayed largely as a mirror of Superman, sharing a similar origin story and power set. The end of issue 37 brought the two, quite dramatically, into conflict.

Issue 38 won't just introduce a new power either. The comic will apparently also end with Superman adopting a new costume closer in appearance to the one worn by Henry Cavill in Man of Steel. It will also feature the first appearance of Batman as drawn by Romita. All in all, it looks like it will be an eventful close to what has been a supremely solid storyline.

So the most god tier superhero is getting more godhood power. Oh boy hope it isn't rainbow laser fingers

It will also feature the first appearance of Batman as drawn by Romita.
Click to expand...

Great, we get to see him ugly up another character. That's certainly something to look forward too.
N

Veldie said:
Guess they will have a new power to argue about as well whenever a goku vs superman death battle rematch is made XD
Click to expand...

Came here to say exactly that.

I don't think it is a popular opinnion but I have liked most of the New 52 stuff regarding Superman but the last thing he needed was another power. Especially one that seems to have the power of a nuke on Steroids That being said I will try to reserve judgement untile I have read it.

Oh good. Superman is, of course, the one dc character in desperate need of a buff. He's so Under Powered right now after all. e_e
V

Guess they will have a new power to argue about as well whenever a goku vs superman death battle rematch is made XD
Click to expand...

Definitely, except no power is greater than Wiz and Boomstick's terrible math.

Yes, I was thinking to myself "what does the DC universe need? That's right, a more powerful Superman."

Even the people that argue that he isn't this all powerful god can't really say that this is a necessity for him to get more powers. It just feels like bait more than anything to try and get more purchases.

It's hard to get irate about this when they're about to reboot yet again...

I bet it's morning wood.

Yeah... that was certainly something the character was needing. I guess now they are going to up the drama of Superman being "too super" that they had since the last movie.

But I guess its a step forward that the fact the writers pulled a new power up their asses is now newsworthy, instead of being just Tuesday during the silver age. 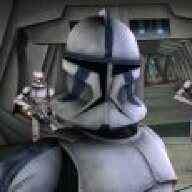 My guess is that this new "destructive power" will be around for this storyline and maybe the next few before being quietly forgotten. Presumably after someone else takes over writing duties.
S

Vegeta: get on my level clown.

Okay I'm not really in to western super-hero comics so take this with a pinch of salt but why is everyone calling this a bad thing?

Yes he was already powerful but this sounds like a decent concept that might make Superman more dangerous to those around him in a similar fashion to the Hulk. Also, so many comics seem to have alt time lines and dimensions, the fact that I hear about so few hero's getting new abilities to spice things up does strike me as a little odd. You already have your character/settings established, this way you can develop without the need for overly complex time lines and crazy events resetting to zero.

But as I said, I don't really read or care so what evs, hate away!

I like how it's so destructive he can't really use it without major repercussions. I think it's good they are shaking things up. If you look at XMen, some of it's best stories were about mutants who had no control over their power. It was a constant burden to have the power because of it. I think Superman could use a bit of shaking up. But that is just my opinion. Also, the "New 52" reboot is useless if they literally just spend years getting it back to what it was before the reboot.
J

StewShearer said:
Update: DC has revealed that Superman's new power <a href=http://www.ign.com/articles/2015/02/03/dc-comics-reveals-the-name-of-supermans-new-power?utm_campaign=fbposts&utm_source=facebook>will be called "Super Flare." While the publisher still hasn't confirmed exactly what it will be, the "flare" portion of the name could definitely point to it being similar to a solar flare. This makes even more sense when you consider that Superman's powers are powered by solar radiation.
Click to expand...

So the power was made in hopes it would attract JJ Abrams to direct a Superman movie....

I must be showing my age, and the fact that I have read so many comics that you start to see the cycles... But I would swear that the above pages look awfully familiar. Does anyone remember Marvel's interesting but poorly executed experiment from the 80's? The New Universe? (As opposed to the "New 52"... Hmmm? The patern grows deeper). In the New Universe the main "Superman" type character was Starbrand. And yeah just as things were getting boring and the whole line was bleeding readers because it was a badly executed mess, he discovered a great new Super Power. Boom!
Show hidden low quality content
You must log in or register to reply here.
Share:
Facebook Twitter Reddit Pinterest Tumblr WhatsApp Email Link
Top Bottom