Survive the Hostile Depths of the Pacific with Narcosis

Survive the Hostile Depths of the Pacific with Narcosis

Narcosis aims to trap players miles below the ocean's surface in a story-driven struggle to survive.

It's not much of a secret that the ocean can be a terrifying place. It's vast and can seem almost endless, and the deeper you go below its surface, the weirder things get. The sun disappears completely and the creatures become nightmarish. It's a lonely place that would be a fantastic setting to explore in a game, which is what team Honor Code aims to do with their upcoming title Narcosis.

Originally a student final project from ENJMIN [http://www.enjmin.fr/], Narcosis has you play as an industrial diver stranded on the bottom of the Pacific Ocean after an accident. Your only objective is to reach the surface, and avoid succumbing to the psychological trauma that comes with being stuck in one of the most, if not the most, hostile places on Earth. Despite the small implication from the trailer that there may be more horror or supernatural elements at play, David Chen, one of the game's designers, says that first and foremost Narcosis will be a survival story. At times, the game will delve into the psyche of the game's protagonist, but Chen said the team is reluctant to define their game as "survival horror," as the term carries certain connotations that don't apply to Narcosis.

"This is not a game where the concept of evil comes into play, or morality," explained Chen, detailing that Honor Code's chief goal is to to make players feel like they're in a place where "no warm-blooded sentient creature has any business" being, and put the focus on getting to safety. Along with creating a strong visual emulation of what it'd be like to be stuck on the ocean floor, Honor Code hopes to instill the strong sense of cold loneliness and intense pressure that would come with being trapped in such a situation. Chen explained that "your only opponent... is sort of Mother Nature herself," and it's the environment that'll be your primary foe.

As for gameplay, Narcosis will primarily be about exploring the ocean floor and trying to solve various puzzles to help you reach the surface. Players will be equipped - or trapped in, given the circumstances - in a high-tech diving suit that features limited thrusters to help them navigate the environment. They'll have a few tools at their disposal, such as a diving knife and flares, but gathering a huge inventory of collectible items won't be a major feature of the game. Honor Code is building Narcosis to be a narrative-driven adventure and that the game's mechanics won't be overly complex or weighed down with item gathering.

Currently, Honor Code is aiming to launch Narcosis towards the latter half of 2015 for the PC with support for the Oculus Rift, but Chen did mention they were talking to "everyone" in regards to a possibly wider release. In the meanwhile, though, you can keep an eye on the game's website for more updates.

Ooh now that looks good! Too early to say if it will be worth buying or not, but my interest is definitely piqued 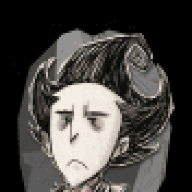 Interesting... I'll keep on eye on this. Deep-sea horror always sounded like a cool idea to me.

The health items should totally be getting bitten by a Sea Slug.

Nothing scares me more than the bottom of the ocean.

As someone who's big into SCUBA diving, this looks absolutely awesome and is a great idea. As fun as it is, the ocean is as freaky as can be, so having a survival horror game set there is just perfect.

This looks amazing. I'm really hoping they manage to do well with the physics, at least since this is all under water, you don't have the normal problem of having to have different physics system for different environments. This could be a really good thing.

Simply a brilliant idea! AAA publishers would probably throw you out of their office and call you an idiot for pitching an idea like this, yet that looked AMAZING! I would buy something like this!

Ever since playing the Leviathan DLC for Mass Effect 3 I've been wanting a game exactly like this. They basically made the game I've had in my head. The ocean depths is such an underutilized setting, it's every bit as dark and dreary as space but even creepier and actually teaming with creatures that might as well be aliens from another world.

Also, notice the cracks in the visor that get progressively larger as the trailer goes on? How's that for a scary way to convey information to the player? Reminds me of the visors in Metro, but with way more weight (both figuratively and metaphorically).

With game development becoming more accessible and the exploding indie market there are more and more awesome game concepts, a setting like this is pretty unique and deep ocean diving would be a very oppressive and claustrophobic environment.

Nice to see studios willing to try something like this when the big publishers are just conservative copy cats.

Okay, this looks pretty interesting.
I think I'll buy it.

Olas said:
Also, notice the cracks in the visor that get progressively larger as the trailer goes on? How's that for a scary way to convey information to the player? Reminds me of the visors in Metro, but with way more weight (both figuratively and metaphorically).
Click to expand...