//cdn.themis-media.com/media/global/images/library/deriv/1425/1425626.jpgThe iPhone X made headlines in September when it was revealed with one of the prominent features being able to unlock your phone with your face. New information coming from Apple today shows that the company has focused this phone's demographics on beautiful people and have made their product unavailable to those lower on the beauty scale.

"We bought out sites like hotness.ai and Pretty Scale to help integrate the phone's hardware with conventional beauty standards. We're not ready to reveal how hot you have to be in order to use the phone but let's just say it will definitely be a product for the upper echelon of society. This kind of innovation only comes once in a lifetime and I'm proud to have been that kind of leader for the people of today," said Apple CEO Tim Cook.

Users who fail to meet this beauty standard will be locked out of the phone, taken by Apple's Beauty Gestapo and forced to mine for rare earth elements used by the phone. Not only would people of certain attractiveness be unable to use the phone but the phone would also react to changes on the user's face.

"If someone broke out in acne, there would be links for pimple cream the next time they pull up the Safari app. The phone not only wants the best but it wants to maintain perfection. The phone acts like a clique of high school girls from a bad 1980's high school film and I couldn't be happier with that. Everyone likes to feel better about themselves by belittling those around them, it's what Steve would have wanted."

"While some would say this is alienating customers, we don't want customers that scare children. If God decided your face was unable to unlock a phone then it's not my place to judge... I can mock you publicly in front of millions, but I won't judge," said Cook.

While the commitment to having attractive users is admirable, it still lacks being able to judge a person based on personality. Hopefully this will be patched with iOS 12.

" I can mock you publicly in front of millions, but I won't judge" I'm changing my new motto in life guys, this is a keeper. 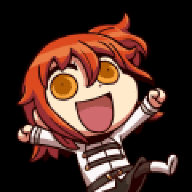 So Apple fans can't use it?

And, of course, the song Apple would use specifically for a feature like this:

Well it's a good thing I'm an Android user. I don't need to worry about being shipped off to Apple's mining colony for ugly people. 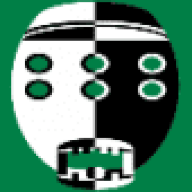 It almost sounds like the phone has become self aware, and is trying to genetically control the human ra-

I clearly am such a beautiful speciman of the human race that I would easily qualify for their face scan, I just like my Droid way more.

What if I get it drunk first? Hang out with an uglier friend? Wear the prettiest make-up?

I'm really sorry that it came to this, Escapist.

Got to adapt somehow, and at least you're making an effort of it.

It's about time. I was getting sick of all these uglier people using the same phone as me. Finally, only those as objectively pretty as me will be allowed to use the same phone.

Sadly, a few of my friends and family have been taken away by Apple. But it's worth it damn it!

This is just sad.

Bloody hell Taco. I thought it was a serious article then I noticed who wrote it.

I'm so happy you are doing this.

I'm one of the beautiful people, I swear.

I am loving Taco News more and more. Keep up the good work, big guy!

I'm so glad I'm only ugly on the inside.

I've still got a knock off Blackberry-style phone I got at least 5 years ago, probably gonna stick with it.

I doubt you remember me, but a couple years ago, while I was still on The Escapist staff, I tried to push to get your parody news to run as an official Escapist series. Glad to see it has finally happened. You make entertaining content.

I wonder if nokia are planning a new phone for the aesthetically challenged end of the consumer base?
My people.