Talking to the Creators of DC Universe Online

Talking to the Creators of DC Universe Online

You can't make a comic book MMOG without getting the comic book part right.

I too have a certain level of high hopes for this, but after reading on how the character will be speced' out on builds, it's kinda sounding like a rehash of CoH.

With Marv doing story chores, and Lee heading up the artisitc style I'm encouraged, but I might be dissapointed if all this shiny skin of the DCU boils down to Healer/controller/defender ala CoH. Maybe I'm missing it, but after 5 years in development and to be relased in about 5 montsh from now, I still don't have the feeling I know what the game is going to be like other than a Superhero game. Details just still seem vague and ambiguous right now.

Champions had so much hype behind it and kinda fell flat. Same with Star Trek online...

I may have to take a wait and see approach before I become an adopter. Tired of getting burned on franchises (SWG, STO, etc.) that just don't deliver and feel stale, like I've done that before a couple of months in.

And lets be honest...what is the actual track record for SOE games? The heavy hitters alays seem to be a big let down with them. 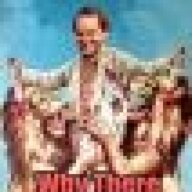 Nice interview Greg. Thanks for making it even easier to consider a pre-order!

So basically the game is sort of a mash-up between a 3D brawler console game and a superhero-themed MMO?

I'm having a hard time deciding how I feel about that, really.

I'm still debating which platform I want it on, I have no idea what the pros and cons of either are... almost impossible to find at that.

Actually, I'm debating on whether or not I want it at all. It looks nice, the gameplay seems to have increased in fluid movement within a year, then there is how they're handling the powers and origins... but then there are the things that don't add up, like a bus bouncing - of which I haven't seen fixed to skid and roll instead, yet - then there's the missions where you're buzzed to go and help a hero/villain and if you blow them off to do your job they get pissy yet still give you another chance with the mission instead of rejecting/killing you.

The only thing that has me hooked are the travel powers, but even then I find a problem with Acrobatics. Mainly how you dash in the air... I'm still trying to figure out how that works all things considered. Maybe they finally ditched that for the grappling hook, but I appreciate the ability to run up walls, cling to walls or... well... I don't know what flying and walls have to do with each other, other than pain from which you crash into them.
Show hidden low quality content
You must log in or register to reply here.
Share:
Facebook Twitter Reddit Pinterest Tumblr WhatsApp Email Link
Top Bottom