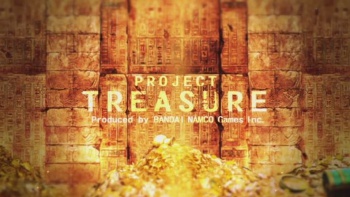 Bandai Namco Entertainment and Nintendo are working on a co-op action game exclusive to the Wii U.

Speaking in yesterday's Nintendo Direct, Tekken director Bandai Namco [http://www.escapistmagazine.com/tag/view/katsuhiro%20harada] and Nintendo called "Project Treasure." It will be available only on the Wii U for free from the Nintendo eShop.

Harada explained, "It's an action game where four players work together to complete various stages." There will be traps, enemies, and treasure.

The game is tentatively titled "Project Treasure," and Harada said only a little about it so far. What we can see so far is only a tease (starting at 23:10 in the Nintendo Direct presentation) [https://www.youtube.com/watch?v=t6zgkp1YBRw]; there are a few quick glimpses of what look like characters in the game from close-ups on the face to quick cuts of their upper bodies. Harada also said he could not announce the game's name or its launch date yet (beyond an open-ended "coming soon"). Bandai Namco Entertainment will have further updates. It will be a Wii U exclusive.

Any Nintendo Network user can play the game as long as their Wii U is connected to the internet.

So, there's not much to go on right now, but it's incredibly doubtful this is related to the Tekken series. Project Treasure sounds sort of like a dungeon crawler, and we don't know if there will be more than four characters to choose from. This sounds like an interesting mash-up of teams associated with "Project Treasure," at least.

Interesting; some people are thinking the face in the upper left belongs to Kos-Mos from Xenosaga.

The gameplay will all depend on whether those 4 players will be over the internet or in the room together. If it's the latter I'm guessing a D&D type affair with one player controlling the traps and monsters from the gamepad's touchscreen. Actually, now that I think of it the WiiU would be the perfect platform for a video game adaption of D&D, even if this game turns out to be something very different.
Show hidden low quality content
You must log in or register to reply here.
Share:
Facebook Twitter Reddit Pinterest Tumblr WhatsApp Email Link
Top Bottom