Telltale Publishing to Bring 7 Days to Die to PS4, Xbox One This Summer

Telltale Publishing to Bring 7 Days to Die to PS4, Xbox One This Summer


In a press release today, Telltale Publishing revealed plans to bring 7 Days to Die to consoles this summer.

Telltale Publishing has announced a partnership with developer The Fun Pimps in order to bring survival horror title 7 Days to Die to PlayStation 4 and Xbox One in June. Telltale has also said that it will add new multiplayer modes to the console versions of the game, the first being local split-screen, with additional online multiplayer modes and features to be announced "in the coming weeks."

Both physical and digital copies will be available at a cost of $29.99. The game, which is "set in a brutally unforgiving post-apocalyptic world overrun by the undead," entered Early Access on Steam [http://store.steampowered.com/app/251570/] in 2013 and blends first person shooter, survival horror, tower defense, and rpg elements.

"Telltale Publishing seeks to bring the best and most innovative games in their genres to new audiences. 7 Days to Die has already thrilled over 1.5 million PC users worldwide, and we're delighted to bring this game from the PC to consoles everywhere," said Steve Allison, SVP Publishing at Telltale, Inc. "The Fun Pimps have redefined what the survival genre can be with unrivalled world-building, crafting, and character growth. With overwhelmingly positive user feedback for the PC version, we can't wait to expose a brand new audience to this exceptional and terrifying sandbox experience."

"7 Days to Die is a labor of love for our small group of games industry veterans. After a highly successful Kickstarter campaign, we're grateful to have had a wonderful response from our active community of Steam Early Access users; now, our partners at Telltale Publishing are enabling us to get the game in front of new survivors across the globe," said Richard Huenink, Co-Founder of The Fun Pimps. "We're very excited that Telltale brought us together with the folks at Iron Galaxy, to build the game collaboratively and specifically for consoles. They have a stellar track record, and have been incredible partners in ensuring a perfect translation that includes new features and content not seen in the PC version."

7 Days to Die is available for pre-order at GameStop, Best Buy, GAME, and Amazon. Pre-ordering the game will land players exclusive access to five different character skins from Telltale's The Walking Dead, including Michonne and Lee Everett.

Pretty big fan of this game so far, it's been a lot of fun to play for me and a few chums. Glad to hear it's branching out.

Look! A survival game on PC that has crafting! And zombies!
Tha'ts really creative, right?
J

To be fair, this one distinguishes itself by having enemies that actively hunt players so you have a gameplay related reason to build something more than a mud hut. Every seven days (surprise) a huge horde will find your house and give your building skills a test.

It's also an early access game that still needs a lot of tlc to reach its full potential. Bringing it to consoles at this time is not something I like to see.

Of course, it won't affect me either, as I'll just continue playing the PC version, but I think it's a mistake nonetheless. 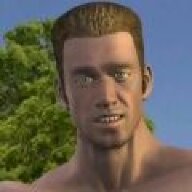 7 Days To Die is not at all ready for the console jump. It still needs at least a year in the oven before there's enough content to warrant a port. But I guess two years after Early Access start they needed another cash infusion by releasing a physical copy of an early access game.

Shadefyre said:
7 Days To Die is not at all ready for the console jump. It still needs at least a year in the oven before there's enough content to warrant a port. But I guess two years after Early Access start they needed another cash infusion by releasing a physical copy of an early access game.
Click to expand...

Did you not notice the article? Telltale is taking reigns of the console versions. This teams that they're getting a 3rd party help/boost in developing the ports as well as fixing issues within the game itself. Also note that because of Telltale's involvement, the original developer will only take a portion of the game's console sales.
Show hidden low quality content
You must log in or register to reply here.
Share:
Facebook Twitter Reddit Pinterest Tumblr WhatsApp Email Link
Top Bottom