So i've searched and searched through the forums, very sure that I would see a thread on this but alas, I could not find one. So feel free to pull it up from somewhere.

But my friend just showed me this website and there was no way I was not spreading this around on the forum.
http://www.terriblefate.com/

So yeah, first we had that Fanmade trailer for a HD re-release of Majora's mask for wii-u. And now this website is here (and no doubt has been for ages. I'm always late to the party) and will ... do something... in less than three days! (to be more correct, less than two!)

Reckon the website will reveal the release of Majora's Mask on the wii-u? Or is this going to be another fan-made website? (afterall, I don't see any Nintendo Logo's or copyright on the page)

Discuss and disprove people (also direct... me to a thread already talking about this)

EDIT: NEVERMIND! it's apparently the countdown to a tribute remix album being released. Can't wait for it and isn't it cool that no morons jumped to conclusions before being informed their opinion was wrong

So yeah, new topic, Majora's Mask Tribute album!... what songs are you looking forward too? I like the clocktower melody, can't get it out of my head some days 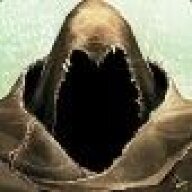