According to Dugas, the gameplay of Human Revolution is built on four pillars: combat, stealth, hacking and RPG. We saw some of these in action in the level he played for us at TGS.

Starting about 6 hours into the game, Adam Jensen is dropped off via helicopter in the futuristic metropolis of Shanghai. Despite landing on a roof top, the sky is obscured by steel; a second tier to the city rises overhead. Vendors hawk their wares as neon billboards tinge the dirty streets with an electric glow. The level brought back fond memories of the Hong Kong section of the original game.

Dugas pointed out early on that this game is still in development and that this was not the final build. It certainly does show in places. NPCs mill about the streets, but sometimes bump in to each other awkwardly. Nevertheless, the game is looking great and captures the cyber-punk vibe of its predecessors.

The demo brought Jensen to a seedy club called the Hive. Here, we get to see some RPG interactions. The interface is functional, but nothing revolutionary; A wheel displays the usual selection of dialogue options.

Next comes some action. Transitions to combat-heavy sections bring with them a costume change. Dugas notes that Jensen will wear a trench coat in public, but drops it to reveal combat gear when behind enemy lines. Mechanically it leans heavily toward the cover-based shooter. Jensen hugs the walls as he sneaks around, delivering instant kills to the baddies he catches unawares.

There are quite a few nods to the first game. When faced with a locked door, Jensen seeks out dropped datapads, or unattended laptops, to find the four digit combination. Augmentations make a return and Jensen's new x-ray vision was showcased in the demo. A loading screen at one point advised players to choose their augments carefully, as they will not be able to max out everything.

The demo climaxed with a battle against a mech in a warehouse. Bullets were no good here, so Jensen sought out a rocket launcher to pierce the robot's tough armor. As he searched, the mech's missiles blew away his cover. Jensen quickly located what he needed and blasted the mech to kingdom come, rounding off the last of the gameplay.

In a time where action RPGs have become huge business its refreshing to see a pioneer of the genre returning to the spotlight.

Wow, the trailer looks like it could have been a Metal Gear game. Not that I had anything but complete lack of confidence in the game but damn, this just confirms it.

Cover based shooting?
Goatee based protagonist?

I'm glad I didn't have my hopes up. 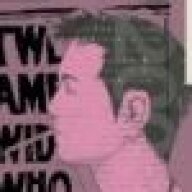 I dearly hope this lives up to the original Deus Ex.

The trailers are great, but they're, well, trailers.

It looks cool. I'll probably pick it up on release day.
V

Both DX and DX:IW had decent story and immersion. The downside of DX:IW was that the claustrophobic maps put stronger emphasis on following the rails of its story (i.e., you literally couldn't help but stumble across encounters in a minimal possible order). Combine that with removal of RPG customization, and the replay value of that game nose dived, especially since there had never been any significant consequence to your actions. In particular, you could have been murdering all the agents of a particular agency throughout the game, and it was possible in the end-game to have everything forgiven.

As an alternative to playing vanilla DX:IW, it *was* possible to form a stronger bond with the Templars, as Gloria describes here:


For any of you that completed DX:IW, give that Templar sequence a read. Good nostalgic fun. 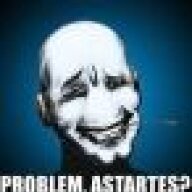 Hmm, Not sure I like the sound of finding a missile launcher to get you through a boss battle, as oppose to it being a weapon and boss battles being optional. Then again, that's because I'm looking through Deus Ex tinted glasses. I'm still no more excited about it than I was a while ago, though I'm not dreading it as much because those godless screenshots that I saw in a PCG mag haven't shown their hideous, cartoony faces in a good while.
G

Sgt. Sykes said:
Starting about 6 hours into the game

I find it almost impossible to believe there's a game in development which lasts more than 6 hours (and actually resembles a game, not a BioWare interactive novel).
Click to expand...

Because you were born yesterday and never played anything besides shooter? Aha.

I believe Eidos already had an exclusive demonstration of this demo level a few months back (covered by the Dutch games magazine Power Unlimited).

Also, the cybernetically enhanced woman and man in the trailer somehow remind me of Anna Navarre and Gunther Hermann.

I liked the first one, i hope all missions tailor to all styles of play in this one.

Sweeeet. Been a long time since I played a game that had multiple ways to complete objectives. Hopefully the level design is expansive, and rewards creativity and exploration like the original did. I'd be willing to settle for a shorter experience were that the case.

Pardon me if I remain skeptical, but a few details screamed "CONSOLIFIED" to me, and I'm not that fond of lazy interface ports at all (assuming this comes to PC).

For those of you who want a trailer that isnt in Japanese, here it be: 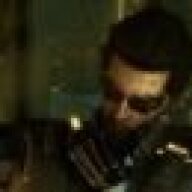 Its strange that this is doing what (or at least what i hoped what) Duke Nukem Forever was gonna do, an old game stepping up and showing newer contenders in the genre 'how it's done,' and to be clear im not mearly refering to the trailer there is some gameplay footage out there that looks spectacular

....this is just a demo that the have been showing since E3

but it's in Japanese...
OT:I'm still skeptical any Deus Ex fan can tell you what's wrong with that trailer...

it's funny because that was the code to the secure container at UNATCO, and the first code in both System Shock games all three of which were designed by Warren Spector...
It's also a reference to the book "Fahrenheit 451" which is the temperature at which books burn... 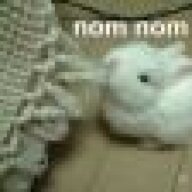 I'm really glad a Deus Ex game is coming out. When the origional was released I was far to young to say that it was from my generation but if this is good then I can finally say a good game came from my generation.
Show hidden low quality content
You must log in or register to reply here.
Share:
Facebook Twitter Reddit Pinterest Tumblr WhatsApp Email Link
Top Bottom