"That guy" in online games 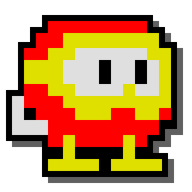 I don't play many games online but when i do i'm a 'that guy' hunter. I look for people who play in a way that makes them look good while not really doing much. So the loud mouthed camping bastard that gets large kill streaks because he's almost invisible in his chose spot...i find and kill him and then because they are so predictable i wait for them to return to the same spot so i can kill them again. Then i call in the spot to everyone in the game and name the idiot who thinks they are jesus because of it and watch them get slaughtered. I will happily throw away my own win if it means spoiling their attempt at basically cheating to win.

But there is also another group of people who are 'that guy' but in an amazing way. The ones who never really say anything but can carry an entire team on their backs and win a game and don't need adulation along the way. When i played syndicate i ended up in a team with a guy who was ranked 12 and he was a loud mouthed shit head that i kept having to help out of trouble but i kept dying in the process. He kept slagging me off for dying but he didn't seem to get it that it was his reckless suicidal charges that were the cause. Anyway, we played about 3 games and he was really pissing me off and then rank 1 joined us and wiped the floor with everyone. He knew everything about the game, every spawn point, every badguy, when and where to be at certain times to kill all the problems before they became one. It was amazing. The dickhead went from having slightly more kills than everyone else to having less because mr no 1 wanted people to enjoy the game so he might have a better clan or some better competition and actively followed mr 12 to spoil his day...he later told me he had had run ins with the other guy and kicked him from his clan for being 'one of those guys'. 'That guy' isn't always a bad guy
F

"That Guy"? Well in Final Fantasy XIV: A Realm Reborn, there were a few "Healers" who required money to run DPS/Tanks through dungeons. They kinda pissed me off. So, instead I decided to go into chat and say, "Hey, I will heal you all for free, because I am not a greedy jackass." Pissed the other dudes off and I just ignored them. Suffice it to say, I got a lot of good will on the server (Gilgamesh) during launch and the other dudes did not. 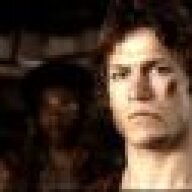 Fyrana said:
"That Guy"? Well in Final Fantasy XIV: A Realm Reborn, there were a few "Healers" who required money to run DPS/Tanks through dungeons. They kinda pissed me off. So, instead I decided to go into chat and say, "Hey, I will heal you all for free, because I am not a greedy jackass." Pissed the other dudes off and I just ignored them. Suffice it to say, I got a lot of good will on the server (Gilgamesh) during launch and the other dudes did not.
Click to expand...

I see people "selling" EX Primal runs and Binding Coil on my server quite a bit too. FFXIV does have a bit of a problem with elitism, especially when it comes to lower-tiered dungeons and even sub-level 50 runs. Which is hilarious, because it's the easiest content.

And, I don't know if it's just me, but every person I've ever met from Behemoth server in Duty Finder runs would qualify as "that guy". They're all either trolls or just straight up assholes.

That guy usually comes in packs of two or three. They obviously spend an insanely stupid amount of time playing the game and are good at it to boot, so good that they make a point of having trivial and self-centred conversations amongst themselves in voice chat, occasionally interjecting to put down someone for failing to kill them and reminding everyone how leet they are. Basically they're the online frat boys.

I used to pick Oddjob when my friends and I got together and played Goldeneye. 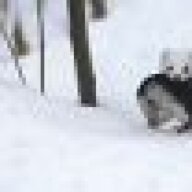 Haven't played TF2 in ages, when I did I guess some people took me for "that guy". (Heaven forbid it became known they were dealing with "that girl".) Which is odd considering I'm hardly ace at shooters and have no interest in cosmetics. It resulted in some interesting exhanges.

Other Player: Are you sure you're not a bot?
Me: Is that an insult or a complement? Suppose I AM? Oh no, I've fallen into an existencial trap.
OP:*swears* (Apparently a flare I fired over a building before the match had started hit 'em square in the head. Which is unlikely and hilarious.)

OP:*something about headshots sucking and me therefore sucking*
Me: I thought the point of sniping is to go for the head? If I kill someone with a bodyshot I still feel like a failure.
OP: *ragequit*
Me:?

Me and my friends are "Those Guys" when we queue up in Destiny. I'm talking full on, dominate the enemy team in Skirmish and proceed to host a dance party until they respawn debauchery. It doesn't normally start off like this, but it devolves into that the second someone on the enemy team whips out a shotgun.

What sets us apart from other guys is the fact that we're not above exploiting game mechanics to win. For example, in Skirmish, you receive 50 points for reviving a fallen teammate. This means that, in close games and on maps that allow it, we can post up in a defensive position on the side of the map and have one person suicide and another quickly revive him for a free 50 points, because Bungie didn't think to put a suicide penalty into the game. If you're within 50-200 points of winning the game, its a hilarious way to close. If you're far behind, its impractical, but hilarious to watch the enemy slowly catch on to what is happening and try to stop you.

In our defense, months of playing Halo competitively did this to us.

Extra-Ordinary said:
But I found it hilarious how tenders thought my friend stole all his kills from him, all forty-something of them. They were not stolen, Kyle was playing Teemo
Click to expand...

For me, "that guy" in League is that guy who is wearing either the Super Teemo or the Astronaut Teemo skin. Teemo is already a very punchable little rat, but those skins make it even worse.

For those who don't know, Teemo is a LoL champion whose best playstyle involves him simply being as big a pest as possible and goading people into chasing him into his explosive poison mushroom minefields.

Also, there's "that guy" who plays a troll build (mage items on a melee fighter, or attack damage items on a mage, things like that) in ARAM matches and either rubs it in when he wins, or berates his team when he loses.

Trinket to Ride said:
Who's "that guy" in your game of choice?
Click to expand...

I AM THAT GUY

Unfortunately, the more I think about it, the more I realise that I am most definitely 'that guy' when I'm playing Battlefield.

I sort of play the objectives, but only to lure hapless players into my personal space so I can run round in circles and insert crossbow bolts and knives into them whilst spamming that I just want to give everyone a cuddle and I love them. I usually carry something like a silenced 417/Scar SV just to make the weapons mix super balanced.

The other things I do is getting into a jet and calmy following an enemy pilot around doing just a tiny bit of damage, then sitting on their tail until they heal, then doing a tiny bit more damage whilst offering tips on how they're flying wrong.

The worrying thing is that even exhibiting such non-constructive behaviour I keep getting the killing machine award. The amount of rage that appears in the chat convinces me that I must be that guy...
D

when i was playing Tekken Tag 2 I used to use uber pinks and purples and teddy bear emblems on the clothes and put Lee in gay leather... I'm not a bad Tekken player so I'd win a few, but never really bragged to people
Show hidden low quality content
You must log in or register to reply here.
Share:
Facebook Twitter Reddit Pinterest Tumblr WhatsApp Email Link
Top Bottom