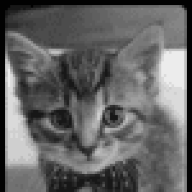 Whatever. Personally I feel the makers of Batman vs Superman can do no wrong. My reasoning for this is because they've already proven to me with Man of Steel they can do nothing RIGHT with this franchise. No matter what ham-fist stupidity gets added to the next film it won't make one iota of difference to me. So they really might as well have actually cast Beiber as the boy Wonder. 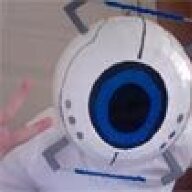 Anyways, good job Bob on your non-bash, not caring attitude about that Justin Bieber news. I am guilty in following the Oscar movie prediction hype, but I least I like most of the things that come out from that. I don't waste my time complaining about things I don't care for.

This is the first I've heard of this and I really can't bring myself to care if it's real or not. Although it does seem like a real obvious troll.

DVS BSTrD said:
The age of "Too Much Information". Who need the NSA when we have bloggers?
Click to expand...

Yes we are definitely living in the Too Much Information Age.

I may be the only one who felt this way, but I still hadn't gotten sick of the "Buy! My! Book!" gag. I'm sad to see it go, even if it is a continuation of the original reference.

Never heard about this till just now and my reaction is....pfft. One, no way Robin would be introduced in Bats V Supes, and people that for one second thought he might are a little slow to put it nicely. Two, if by some ungodly Hollywood blunder he is introduced common, does anyone really think Biber would get the role? Im beginning to suspect when it comes to news reguarding superhero movies people latch on to any gossip as genuine news the second they hear it just so they have something to tweet about *rolls eyes*


Reguarding the "Shiny distraction"...Katie Sackoff would be a superb choice for Ms. Marvel. She certainly has the acting chops for it, not to mention she is a blond. However there is the question of her lets say physique. Ms Marvel is my favorite Marvel heroine, I've followed her closely, she's in the top teir powerwise in marvel and I love her personality, especially in the series where Kang and his son came damn close to ruling the earth. However having said that her "assets" as it where, front and back you know the ones im talking about people im just trying to be tactful, don't really match with Sackoff. I know that may seem a tad shallow my part but it still needed to be said. Besides that, she's never grown her hair down to her shoulder much less to Ms. Marvel levels. That and im not really seeing her face as compared to Carol Danvers. I still hope she does it, they can do Marvell's with computer imaging these days. 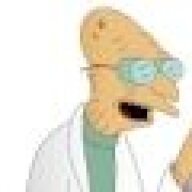 I won't have a problem with Bieber playing Robin, just as long as he is Jason Todd and the film includes the Joker beating him to death with a crowbar.

I don't blame the portion of Batman fans that hate Robin. I blame the comics themselves for that. It took them far toolong to realize that Batman had gone into much more mature and dark territory compared to the 70's and 80's and robin hadn't matured with him.

Then when he did mature, all he did was serve as yet another reason for Batman to affirm that he needs to go it alone or as a plot device and liability to Batman. They really did a poor job fleshing him out as a standalone.

I dislike beiber, not to the level of some people on the internet.
But come on now....a beiber Robin can't be any worse than an Arnold freeze...
So everyone CHILL!

templar1138a said:
I'm surprised Bieber is still in the public sphere without involving a need for rehab.
Click to expand...

Well, he did once pee in a mop bucket. He, like Lady gaga, knows how to use social media, especially Twitter, to attract attention with whatever they do or say. I believe it was Gene Simmons who said, "The only bad publicity is no publicity."
T

templar1138a said:
I'm surprised Bieber is still in the public sphere without involving a need for rehab.
Click to expand...

Well, he did once pee in a mop bucket. He, like Lady gaga, knows how to use social media, especially Twitter, to attract attention with whatever they do or say. I believe it was Gene Simmons who said, "The only bad publicity is no publicity."
Click to expand...

And this is why I stay away from Twitter and make an active effort to not pay any attention to pop culture. That and the bad music.

I'm fairly certain Justin Beiber would have acting skills comparable to Paris Hilton. Besides, he's too far down the "celebrity-needs-attention" path to be able to work on a movie for anything longer than 5 minutes.

Any who, how about moving the Big Picture to a more exciting topic. The last few episodes have been rather stale with what "could" happen. Why not talk about the worst movie ever made? If Bob watches Mystery Science Theater 3000 alot, he would know what Coleman Francis movie I'm talking about.

Huh, I wasn't even aware of that rumour... still, it does seem silly and implausible enough to be pure publicity stunt.
D

I remember when Megan Fox was rumored to be in the running for the role of Catwoman.

I called it back then, it was more than likely just a stunt floated by her or someone who would profit off of her to get public reaction and/or to rally fan support to get the actor into the role.

That said, I can't recall a time when that sort of thing actually worked, which is why, despite the fact that I think Bieber is a little turdblossom, I can't get too worked up about it. It just ain't. gon. happen.

Of course this sort of thing is not nearly as creepy as Sean Young rallying for the role of Catwoman in the 90's, but saying that just makes me sound old. 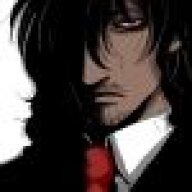 I really want for this little bastard to just crash and burn and become another pitiful excuse of a statistic the music industry churns out at a ludicrous pace. he is a complete scumbag

Bruce said:
Actually, I could see Bieber as a young Jason Todd...
Click to expand...

Wait, who is Jason To-

I still say that DC should let Marvel have the big screen, they have proven that they can make good movies on different superheroes. While yes it is more money, let me ask you guys this...

Whatever they end up doing, you can bet without a doubt that the internet is going to hate it. Because these characters have meant so many different things, to so many different people that actually going out with the express purpose of trying to make a film which pleases everyone will in fact result in a horrid, abortive schizophrenic mess.
A

Ironically, MovieBob's video is the first I've heard of this.
S

I don't know why so many fans get down on Robin. It gives Batman an actual connection outside of Alfred. Even fucking crazy ass "Batman opens free market gotham" Frank Miller had a robin right next to Batman. It's the classic double to any great misanthrope detective. Sherlock Holmes gets Watson, Hercule Poirot gets Hastings, and Batman gets Robin. It's not a bad idea, it lets you get a perspective from two sides.

When done wrong: Jason Todd. Even his new evil persona doesn't make sense in context. Most of the Robins are pretty well liked by the fans, there's been exactly one who was truly hated. I don't know who these guys are who hate on him so.
Show hidden low quality content
You must log in or register to reply here.
Share:
Facebook Twitter Reddit Pinterest Tumblr WhatsApp Email Link
Top Bottom